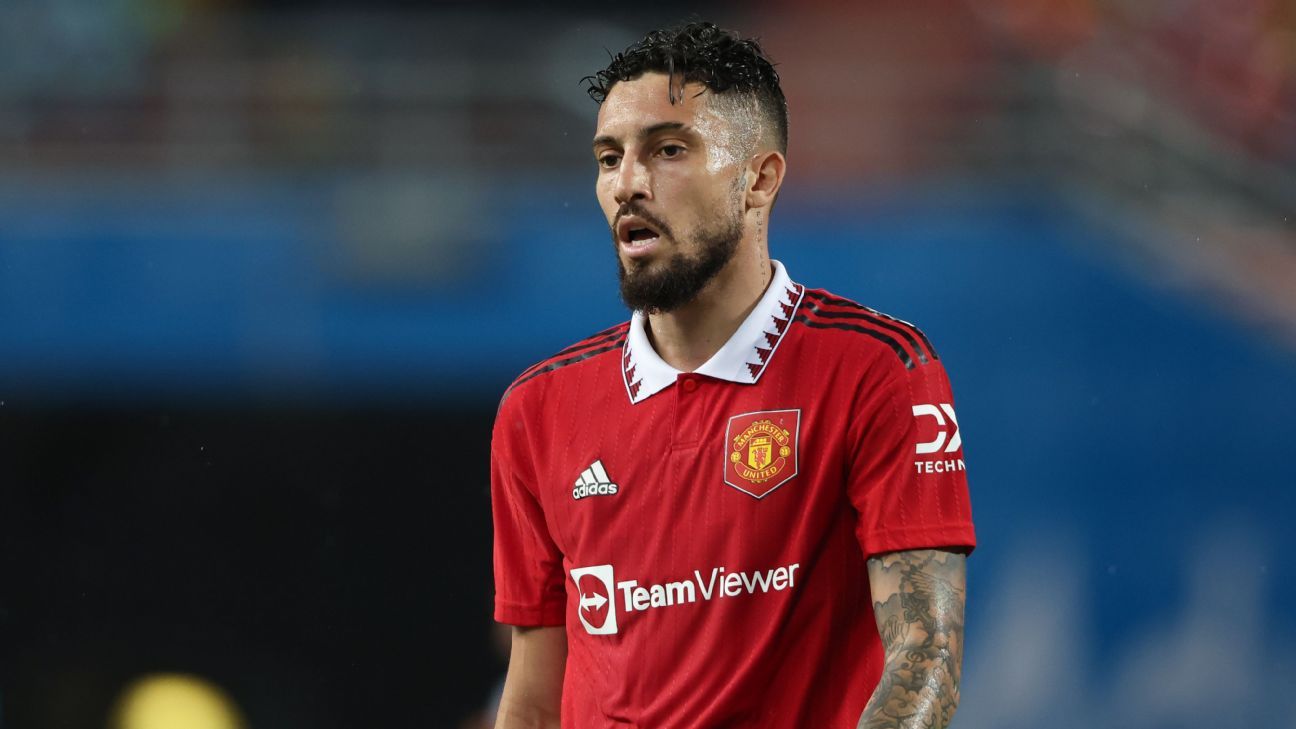 Alex Telles has signed for Sevilla on a season-long loan from Manchester United, both clubs announced on Thursday.

ESPN reported on Wednesday that United were set for a defensive clearout and Telles is the first to leave the club.

The 29-year-old will join the LaLiga club for the 2022-23 campaign after finding himself drop down the pecking order behind left-backs Luke Shaw and new signing Tyrell Malacia.

Following the announcement, Telles posted on his social media account: “Come on! I feel honoured by this opportunity.

“I cannot wait to get the best possible results for Sevilla. I can’t wait to make my debut and help my teammates.”

Telles moved to Old Trafford in October 2020 and has made 50 appearances in all competitions, scoring one goal.

A United statement read: “A popular and professional member of the squad, Telles leaves United with everybody’s best wishes for the campaign to come and Reds supporters will be following Sevilla’s results from afar.”