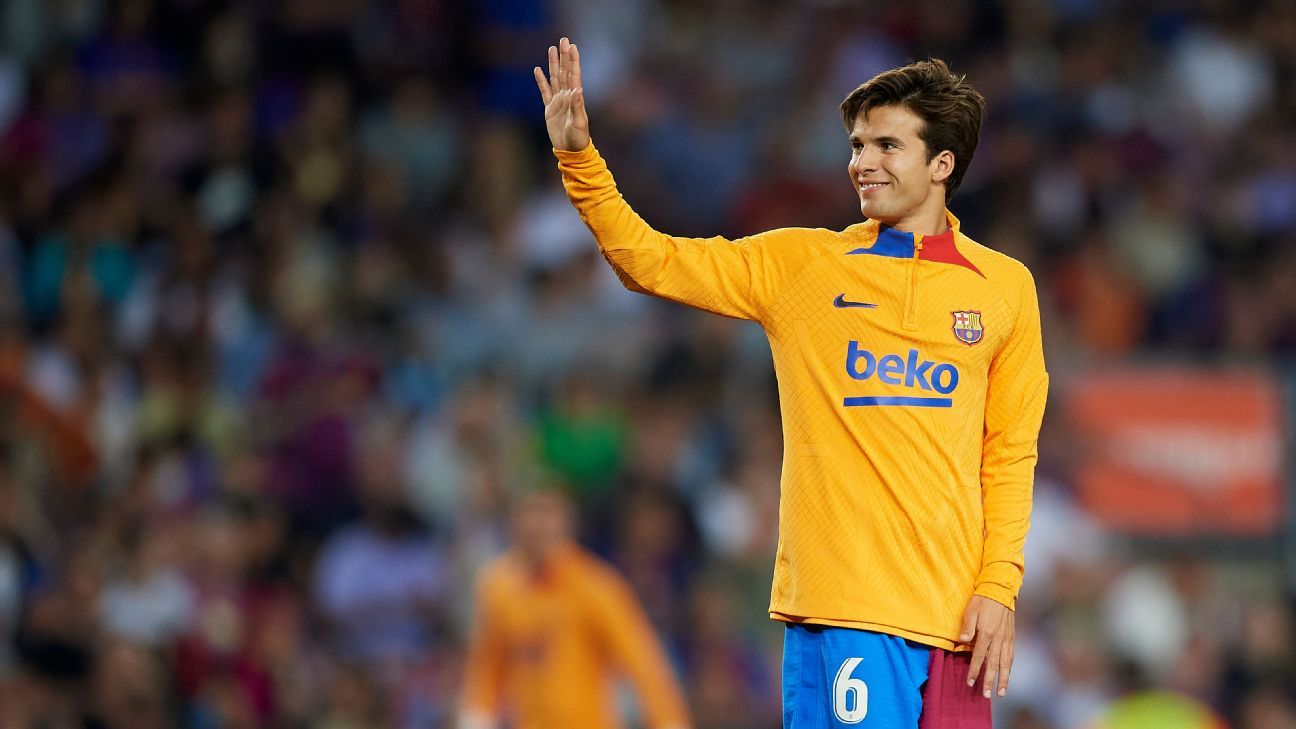 LA Galaxy have completed the signing of youngster Riqui Puig from Barcelona on a free transfer, the MLS club announced Thursday.

ESPN reported on Tuesday that the 22-year-old was set to join the Major League Soccer club.

The midfielder has put pen to paper on a three-and-a-half year contract with the Galaxy using targeted allocation money.

“We are pleased to welcome Riqui to the LA Galaxy,” Galaxy head coach Greg Vanney said. “Riqui is a very technical and well-educated player with incredible experiences for his age. He will fit seamlessly into our group and style of play.”

Sources told ESPN that Puig was told by Barca coach Xavi Hernandez in May that he is not part of his plans for the upcoming season and was left off the club’s preseason tour in the U.S.

Several European clubs have been linked with Puig but he has been enticed by the option of joining the Galaxy, with former Barca midfielder Victor Vazquez selling the club to him.

Puig joined Barca’s academy in 2013 and has since made 60 appearances for the club, but has never established himself as a regular despite being tipped as one of the pillars of Barca’s future when he first broke through.

The Galaxy face a battle to make the postseason this year, currently sitting two places below the playoff line in the Western Conference.

Puig’s signing follows the announcement earlier on Thursday that the Galaxy had transferred fellow midfielder Rayan Raveloson to Ligue 1 side AJ Auxerre, opening an international spot on their roster.