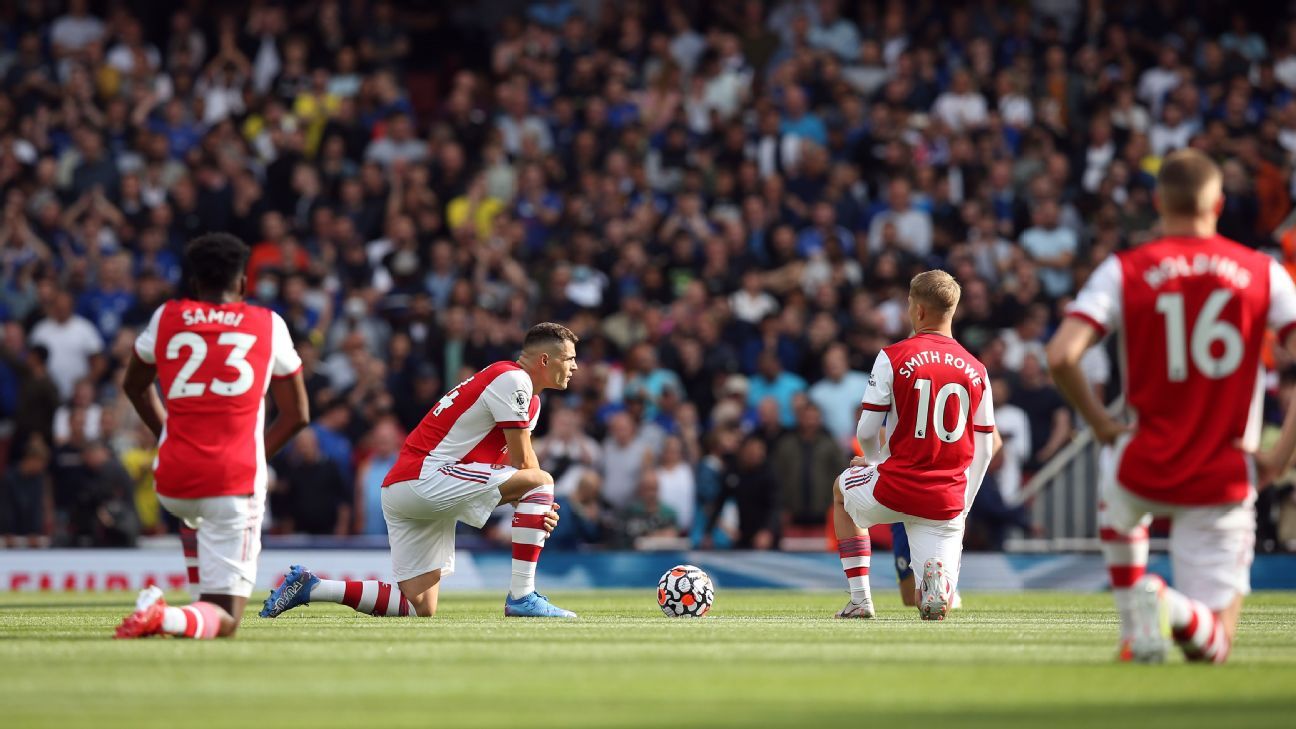 Mikel Arteta has urged Premier League clubs to continue sending a strong anti-discrimination message despite the decision to stop taking a knee before every match.

Captains of the 20 clubs held a call this week to discuss whether to carry on with the gesture which began on June 17 2020 as England’s top-flight resumed matches after both George Floyd’s death and a hiatus due to the COVID-19 pandemic.

Sources have told ESPN that the captains were divided over the issue with some claiming it had lost its impact and others believing it was important they maintained a strong message.

The Premier League later confirmed it would be performed during “significant moments of the season,” including “the first and last rounds of fixtures, the dedicated No Room for Racism rounds in October and March, the Boxing Day games and the Carabao and FA Cup finals.”

Asked for his reaction, Arteta told a news conference on Thursday: “That hopefully it is equally productive and we should still send a very important message that as a club we want to obviously express that equality is a massive thing for us, that everybody is welcome in our football club, in our industry hopefully and we need to maintain to be strong on that message.”

Arsenal have already spent more than £100 million on new signings this summer but Arteta hinted at further arrivals, although their immediate priority is to secure acceptable offers for several unwanted players including Hector Bellerin, Lucas Torreira and Nicolas Pepe.

“We are really active as you can see with coming ins and outs, everything is still open,” he added. “It is a long window. A lot has happened.

“It is incredible how much business the clubs has already done across the Premier League. And it shows how competitive it will be this season. It is not going to stop, that. Players are going to have the needs to leave, some others to move and everything is open still.”

Arsenal have fitness doubts over Fabio Vieira, Emile Smith Rowe, Takehiro Tomiyasu and Kieran Tierney. Arteta confirmed “three of the four” would train later on Thursday but declined to specify which player would be absent.