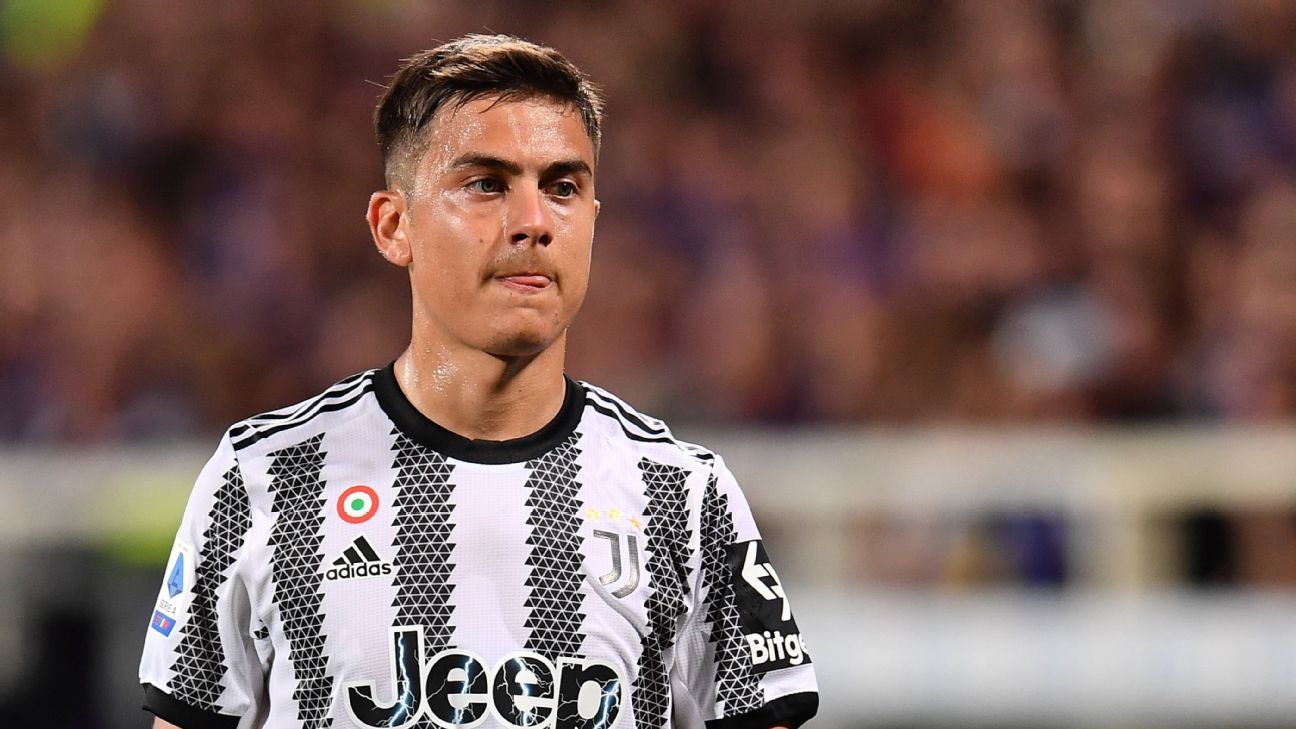 Paulo Dybala has joined forces with Jose Mourinho after the Argentina forward signed for Roma on a three-year contract.

Dybala, 28, left Juventus after seven years this summer when his contract with the Turin side expired.

“The days that led me to this signing were a combination of many emotions: the determination and the speed with which Roma showed they wanted me made the difference,” Dybala said.

“I am joining a growing team, with a club that continues to lay ever more solid foundations for the future and a coach, Jose Mourinho, with whom it is a privilege to be able to work. As an opponent I admired the atmosphere created by the Giallorossi fans, I can’t wait to greet them with the Roma shirt on.”

He scored 115 goals in 293 games for Juve and was treated to an emotional send-off along with Giorgio Chiellini when the pair played their final game for the club in May.

Reports had linked Dybala to Inter Milan and Napoli, who both qualified for the Champions League last season, but the 28-year-old will play in the Europa League with Roma instead.

“He has already joined up with his new teammates at the training camp in Portugal and will begin preparations for the new season this week,” Roma said.

“Dybala has opted to wear the No. 21 shirt for the club.”

Roma finished sixth in Serie A last season and won the Europa Conference League under Mourinho.

They kick off their league campaign with a trip to Salernitana on Aug. 14.

Dybala will look to bring his Juve success with him to Roma. He won five Serie A titles and four Coppa Italia trophies in Turin after he joined from Palermo in 2015.

The Argentina international was also part of the Juve side that reached the Champions League final in 2017, which they lost 4-1 to Real Madrid.