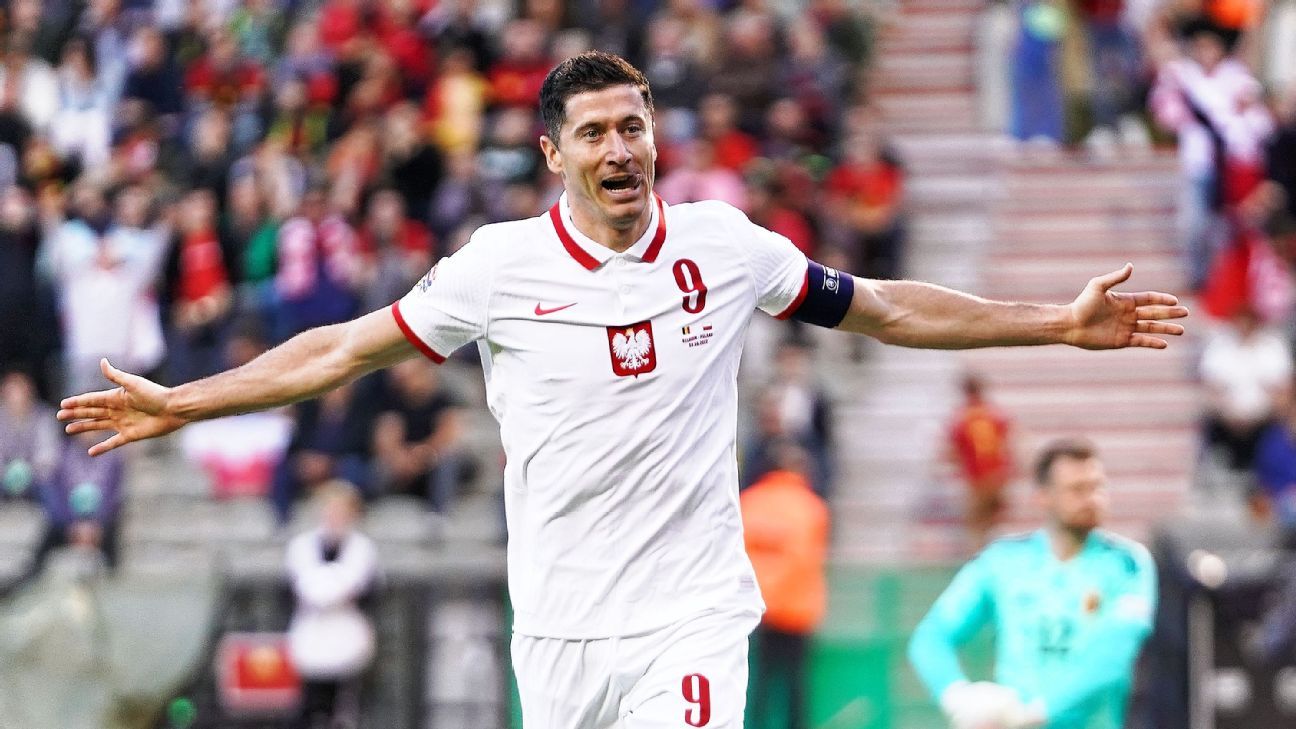 Poland striker Robert Lewandowski declared Barcelona is back after joining the team in the United States for their preseason tour.

Lewandowski, who had 12 months remaining on his Bayern contract, moved to Barcelona in a deal worth €45 million ($45.84 million) with a possible €5m in add-ons and said a big reason was the influence of manager Xavi Hernandez. The striker was set to sign his contract and be officially introduced by Barcelona in Miami on Tuesday ahead of the team’s U.S. tour.

After his eight stellar seasons in the Bundesliga, Lewandowski said that he “always wanted to play for a big club” in LaLiga while praising Xavi, who was roped in last season when the Catalans were ninth before leading them to a second-place finish in the standings.

“It was very easy to decide to come to Barca,” Lewandowski said. “Barca is back. I think I can help to put the team back at the top of European football.

“I was speaking with Xavi and from the beginning I know [what’s been on his] mind, his ideas. It was easy for me to decide to come to Barcelona because I’m the guy who wants to play, who wants to win, and I think that with Xavi it’s very possible.

“He knows exactly how to coach Barcelona because he was an amazing player and now he’s also a very good coach. He has an amazing future and I want to be a part of this as well.”

Lewandowski, who won the last two FIFA Best Player of the Year awards, is the German Bundesliga’s all-time second highest scorer. He scored 348 goals for Bayern during his time there, winning the league title every year and the Champions League in 2020.

The 33-year-old had been trying to force a move away from Bayern since May and was relieved after both clubs finally came to an agreement last week.

“Finally, I’m here, I’m very happy to be here with Barcelona. The last few days were very long days but in the end the deal is done,” he added.

“So now I can focus on a new chapter in my life, a new challenge.”

Barcelona’s squad, still without Lewandowski, trained on Monday before it plays Major League Soccer side Inter Miami CF in Florida, then Real Madrid in Las Vegas, Juventus in Dallas, and the New York Red Bulls in New Jersey.

Forward Ferran Torres practiced alone as he continues to recover from a foot injury. Midfielder Miralem Pjanic completed his final session before heading to France to attend the birth of his second child. The Bosnia international is expected to rejoin the tour in a few days.

Information from Reuters and the Associated Press was used in this story.