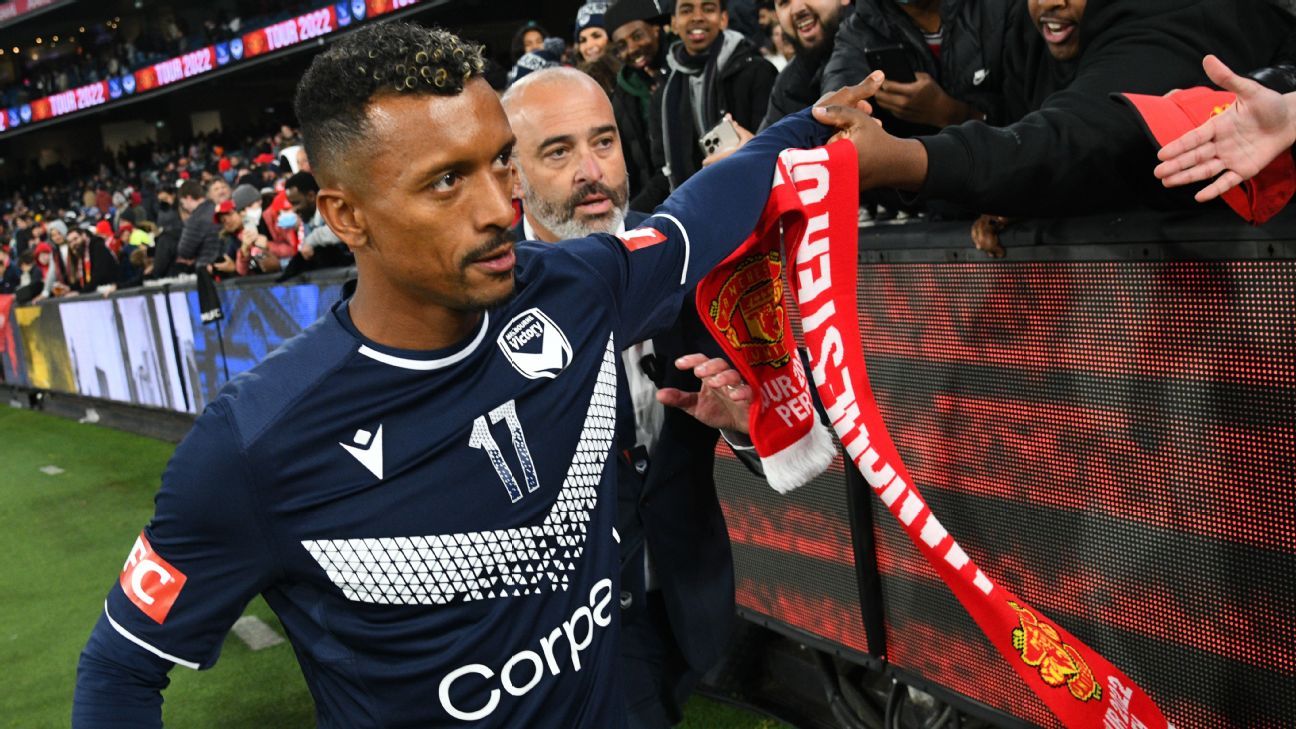 Ronaldo wants to move away from Old Trafford this summer, sources told ESPN earlier this month, after United missed out on qualification for the Champion League, although Chelsea have ruled out trying to sign the 37-year-old.

– Dawson: Ten Hag won’t let touring get in the way of preseason
– Stream ESPN FC Daily on ESPN+ (U.S. only)
– Don’t have ESPN? Get instant access

Nani, who played with Ronaldo at United and on international duty with Portugal, said he hopes the forward stays at the club.

“I hope [he stays],” said Nani, who signed for Melbourne Victory just in time to face his former club at the MCG on Friday.

“He’s an important player and a player who always makes a difference. I hope he’s in a good mood to help the club so hopefully [he’ll stay].”

Nani said he tried to get in touch with Ronaldo, but has not been able to reach with former teammate.

“When he’s on vacation he doesn’t answer the phone to anybody,” Nani added. “I tried to talk to him, but he said: ‘I’m so busy now, we’ll talk soon.'”

United insist Ronaldo is not available for transfer and in his first news conference of the summer, manager Erik ten Hag made it clear the striker would be part of the squad next season.

Ten Hag has been putting the players through their paces during the trip of Thailand and Australia, and Luke Shaw said the training sessions are already an improvement on last season.

“We can’t be satisfied anymore with how the team had been going,” Shaw said. “It’s not where the club should be and we know the levels have had to take a massive step in terms of higher intensity and what we’re supposed to be doing.

“And I think from the start of the last two weeks, especially in training, it’s definitely a big improvement.”