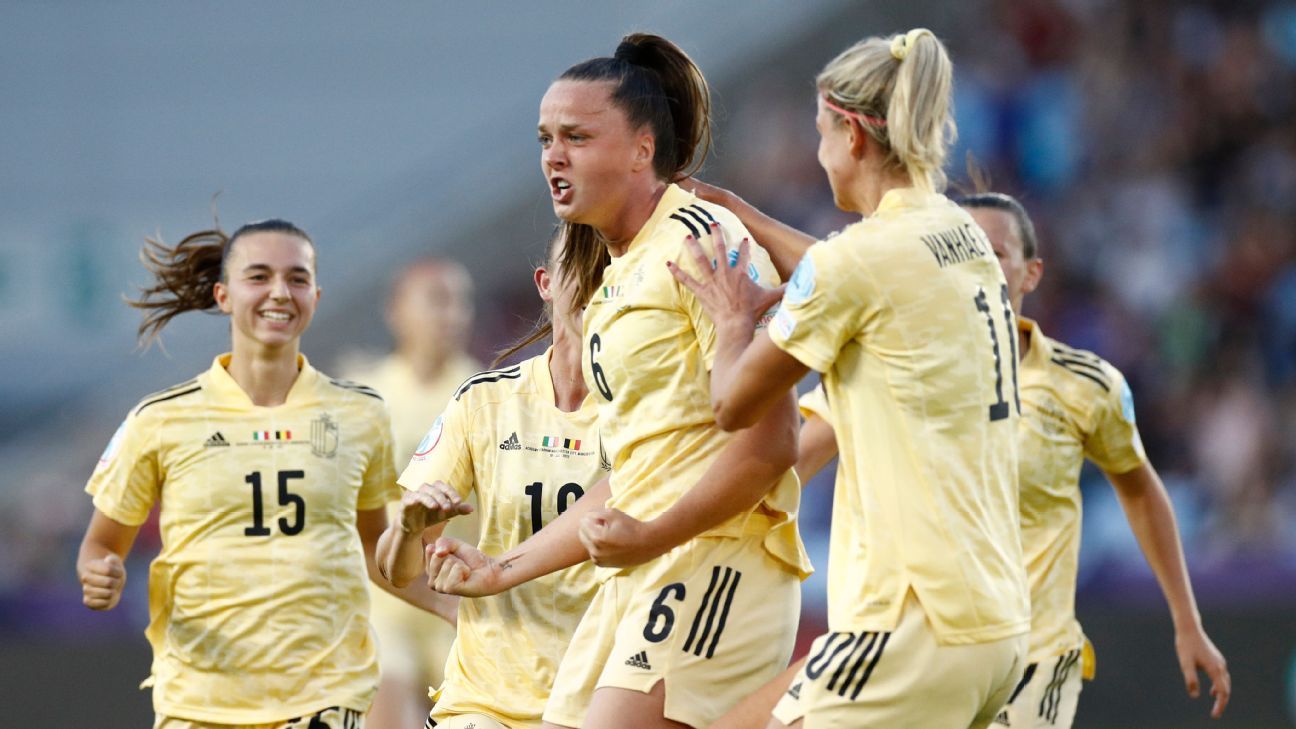 Belgium knocked Italy out of the 2022 Women’s Euro and reached the knockout stages of a major tournament for the first time thanks to a 1-0 win over the Azzurri on Monday.

Tine De Caigny struck the decisive goal four minutes after half-time, collecting the ball on the edge of the box and smartly moving on to her left foot before drilling into the bottom corner.

Belgium, who will face Sweden in the last eight on Friday, take second place in Group D behind France, who drew 1-1 with Iceland.

The Italians finish the group in bottom position with a solitary point after a disappointing tournament for Milena Bertolini’s side.

De Caigny’s goal brought to life what had been a lacklustre game in hot conditions and Italy piled on the pressure as the game wore on in search of a way to keep their tournament alive.

Italy’s Cristiana Girelli hit the bar shortly after the goal, but despite creating pressure and making a series of attacking substitutions they could not find a way through.

Tessa Wullaert went close to wrapping things up for Belgium in the final stages with a shot against the woodwork. A solitary goal was enough for Belgium, who are featuring in only their second European Championship.