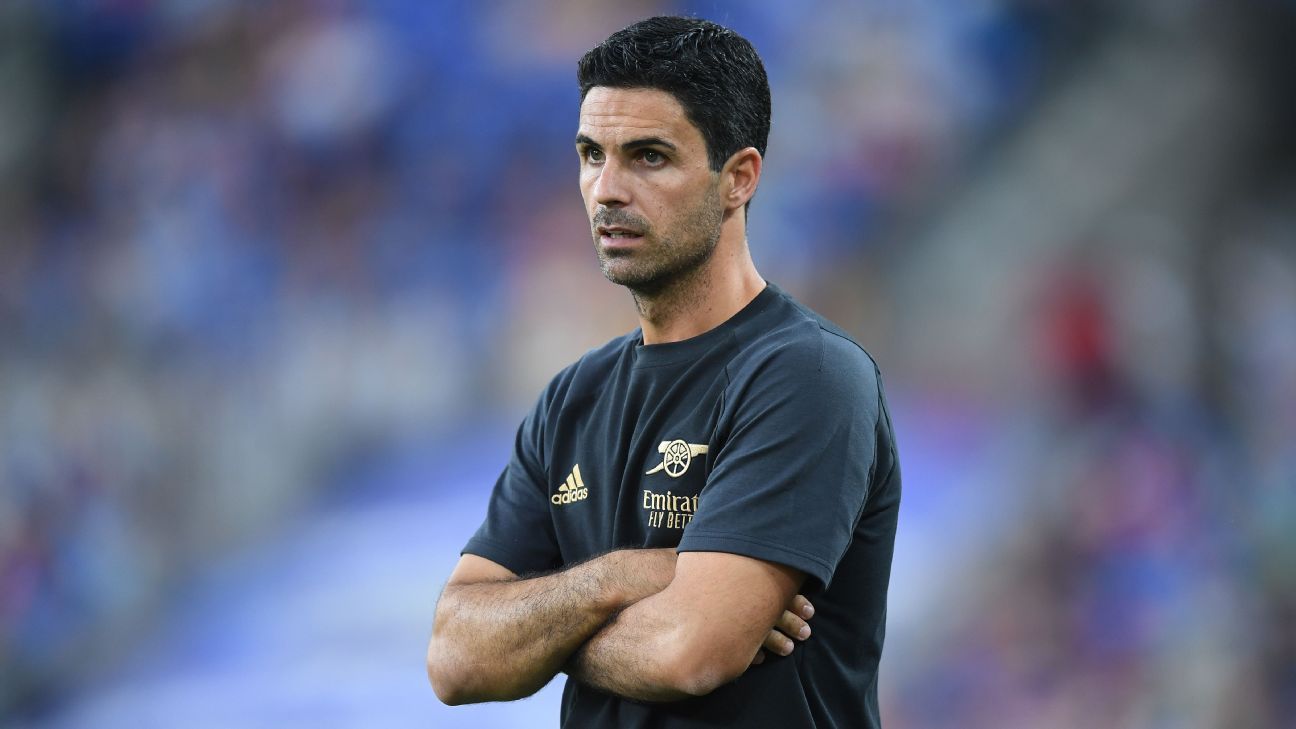 Arsenal manager Mikel Arteta has said he found the intrusion of Amazon’s cameras last season “demanding” and is yet to see the final documentary due to air next month.

Sources have told ESPN that the Gunners received around £11million to become the latest subject of the company’s “All or Nothing” series as film crews captured the club’s 2021-22 campaign in full. The first episodes are due to be released on Aug. 4.

Arsenal spent Sunday flying from Baltimore to Orlando as they continue their preseason tour of the United States and when asked how it felt not have the Amazon cameras around, Arteta told reporters: “It is much better to have you here!

“Honestly, it was challenging but as well I think it was an incredible experience personally, for the club and everybody can see the reality without any boundaries about how it works on a daily basis at the club. On a personal level obviously it was really demanding because you are on camera for 24/7.

“You tend to forget about it. So when they talk about Big Brother houses and people can do certain things, it is true because I have experience that you forget about the cameras. Probably in the documentary you will see, that I don’t think that now unfortunately. Now probably if we are going to have a camera there, I would not do it. But they are done.”

Pushed on whether he was allowed to censor anything, Arteta added: “[Director of Media] Mark [Gonnella] was. I haven’t seen anything. I think I’m the only person at a senior level that hasn’t seen it.

“[If there are issues] it will be my blame because I did it — or someone else did it!”