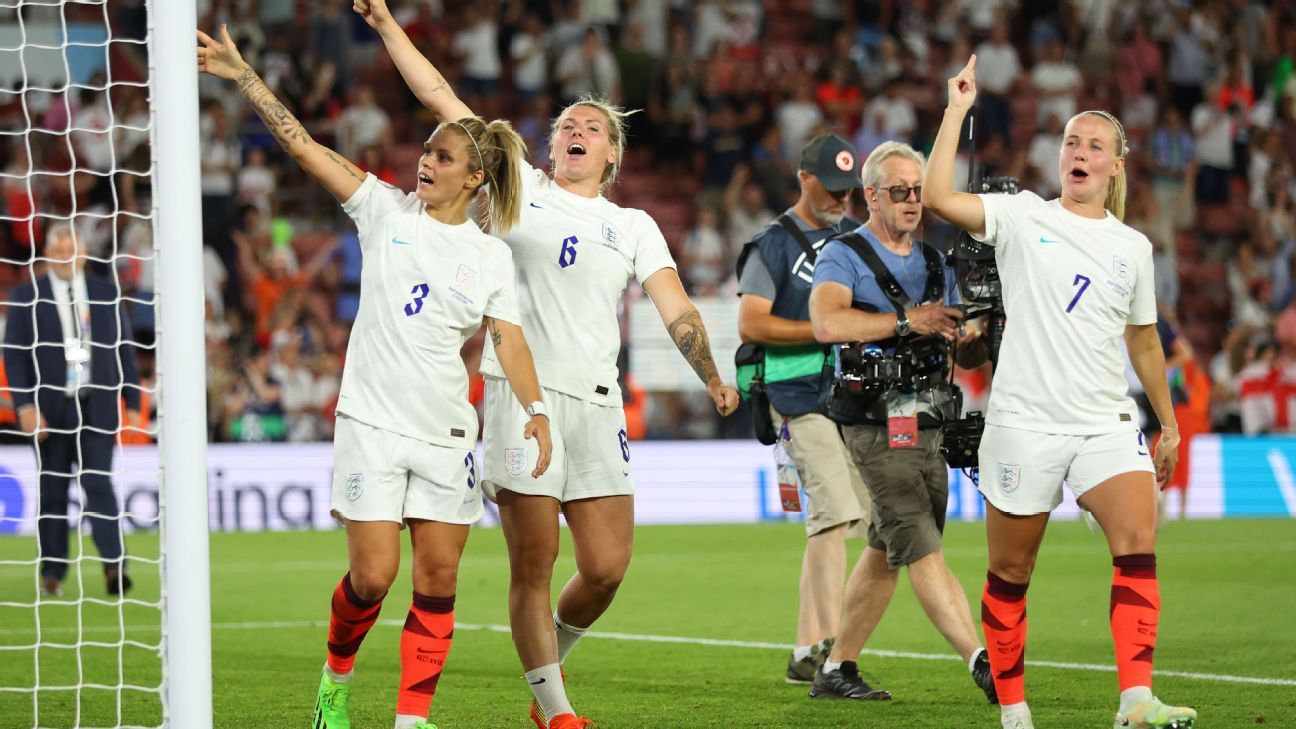 England did not take their foot off the gas in the Women’s Euros as they beat Northern Ireland 5-0 in their final Group A match on Friday despite having already qualified for the quarter-finals as group winners.

Sarina Wiegman’s side had secured their place in the last eight with a record 8-0 win over Norway on Monday but carried that momentum into their match at St Mary’s Stadium against opponents from across the Irish sea.

Chelsea forward Fran Kirby opened the scoring with a curling long-range finish in the 40th minute before Beth Mead grabbed her fifth goal of the tournament shortly after to take her top of the scoring charts.

Northern Ireland, the lowest ranked team in the Euros, did their best to stem the English tide but a quickfire double from Alessia Russo shortly after halftime destroyed any hope they had of keeping the score down.

The evening got worse for Kenny Shiels’s side as an attempted clearance from Kelsie Burrows in the 75th minute looped over goalkeeper Jacqueline Burns and into her own net to make it 5-0 to England.

Despite the hosts shuffling their lineup due to their assured place in the last eight, England still sent out a message that they are strong contenders to lift their first major trophy on July 31 at Wembley.

“It’s a great team to work with and we know we have a strong team. As a coaching group, it’s really good to get different players on the pitch and we’re happy with them as well. It’s a good team performance tonight,” said England assistant coach Arjan Veurink, standing in for a COVID-positive Wiegman.

Austria beat Norway 1-0 to advance as group runners-up, while England will play the second-placed team in Group B in the quarter-finals on Wednesday.