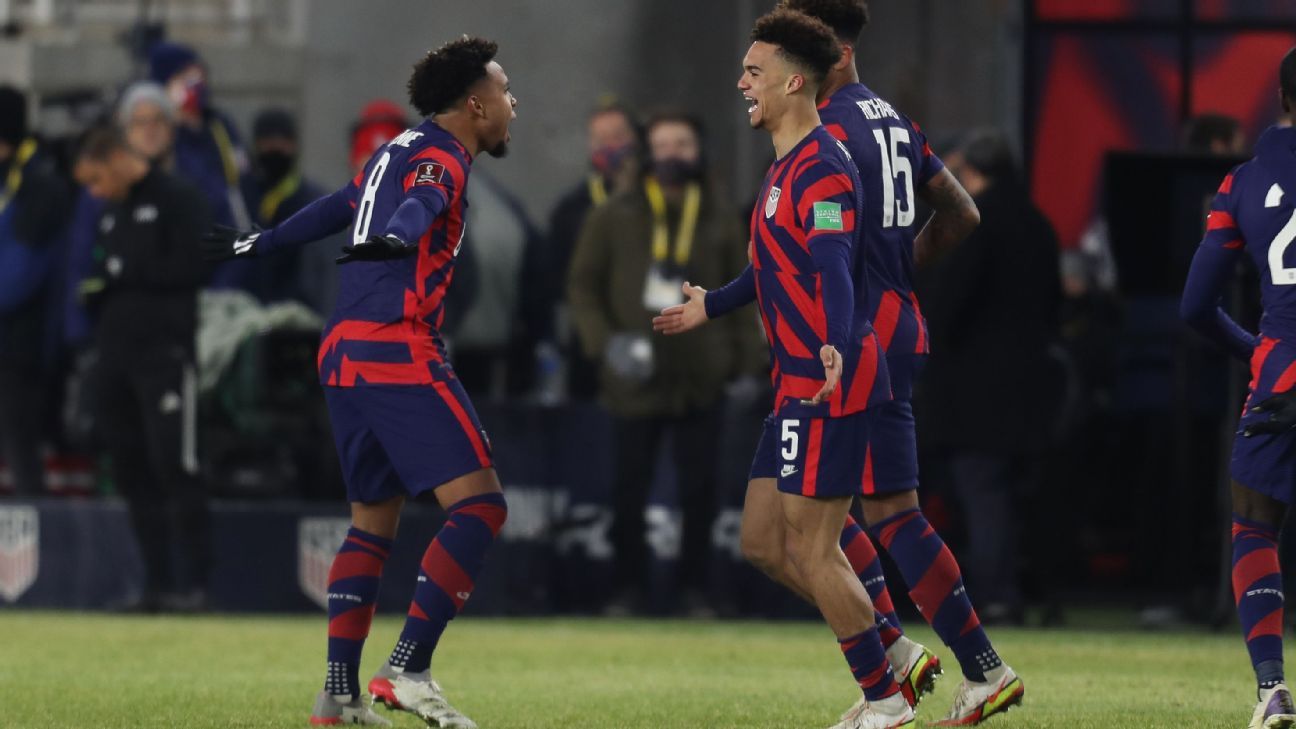 Antonee Robinson scored a crucial goal early in the second half as the United States beat El Salvador 1-0 in CONCACAF World Cup qualifying in Columbus, Ohio, on Thursday night.

U.S. coach Gregg Berhalter changed five starters from the previous qualifier, a 1-1 draw at Jamaica in November, with Christian Pulisic, Weston McKennie and Tyler Adams all starting together for the first time in almost three years.

Jesus Ferreira, who was picked over Ricardo Pepi at forward for the Americans, had two good chances in the opening 20 minutes but failed to get either of his shots from close range on goal.

The U.S. continued its habit of slow starts in this World Cup qualifying cycle and, despite having the better of possession, failed to find the back of the net as the first half ended 0-0.

Robinson wasted no time breaking the deadlock early in the second half, pouncing on a loose ball at the back post in the 52md minute and hammering a low volley past El Salvador goalkeeper Mario Gonzalez to open the scoring.

Pulisic handed the captain’s armband to Adams shortly past the hour mark after Berhalter substituted the Chelsea man for RB Salzburg’s Brenden Aaronson.

The result leaves the U.S. in second place in the CONCACAF table on 18 points from nine games, with Canada leading by a single point pending its outcome against Honduras.

Information from the Associated Press was used in this report.