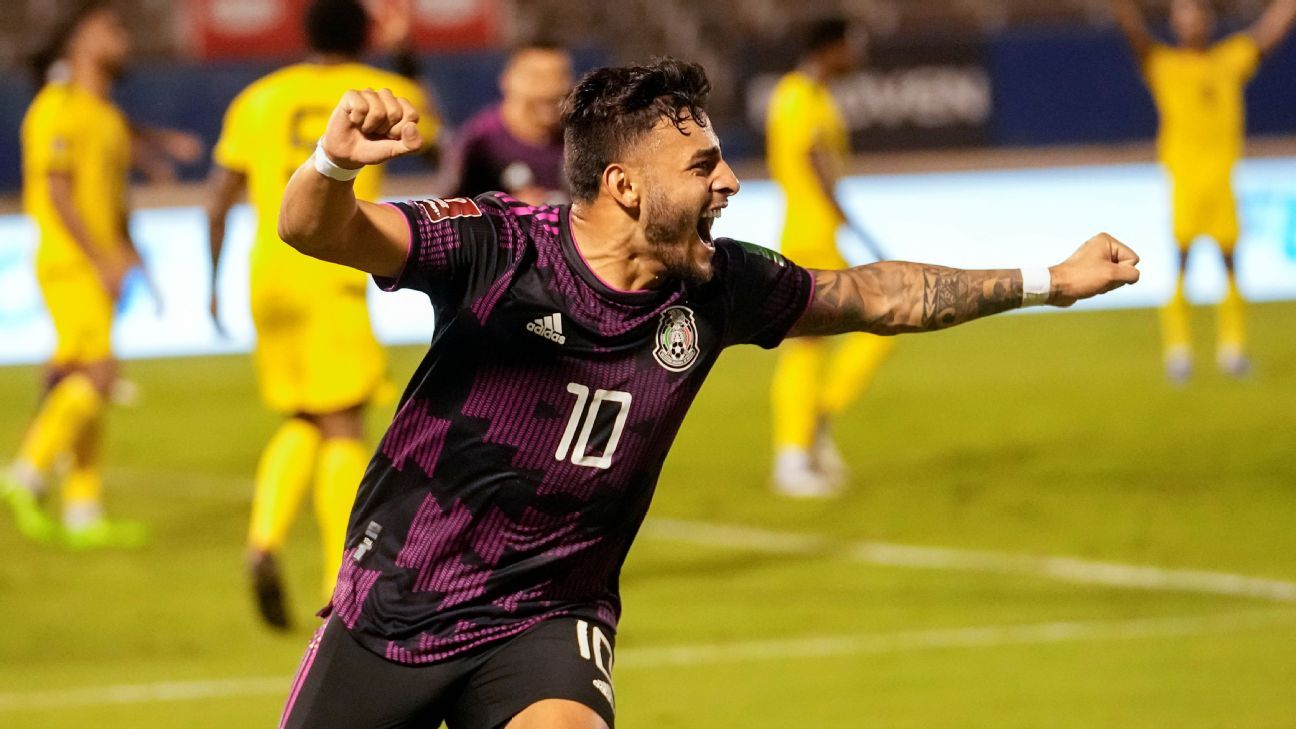 Mexico found two goals after the 80th minute to clinch a dramatic 2-1 victory at Jamaica in a World Cup qualifying match on Thursday.

Jamaica, who were down to 10 men after a red card for Damion Lowe in the 47th minute, initially had the lead after stunning the visitors with a goal shortly after halftime.

Following a poor defensive clearance from El Tri off a corner, Jamaica’s Daniel Johnson stepped up in the 50th minute and put the Reggae Boyz up 1-0 in Kingston’s National Stadium.

After dominating possession in the first half, Mexico continued to amp up their pressure in the opposition’s end of the pitch and began to create more dangerous opportunities.

That said, it was subtitutions from El Tri manager Gerardo “Tata” Martino that ended up making the difference.

Diego Lainez, Gerardo Arteaga, Jesus Corona and Henry Martin revived Mexico’s energy as substitutes in the second half. Jamaica scrambled to hold onto their lead and began to quickly lose momentum as names like Corona and Lainez rushed further forward.

By the 81st minute, Martin equalized the scoreline at 1-1 after pushing the ball into the back of the net from close range.

Moments later in the 83rd, Alexis Vega then gave Mexico a 2-1 advantage after sinking a low and powerful shot past goalkeeper Andre Blake.

Once the final whistle blew, Mexico not only secured three points, but also their first Octagonal round victory since October after suffering World Cup qualifying defeats to the United States and Canada in the previous window.

Mexico will now host Costa Rica (Jan. 30) and Panama (Feb. 2) in their final two qualifiers in the current international window.