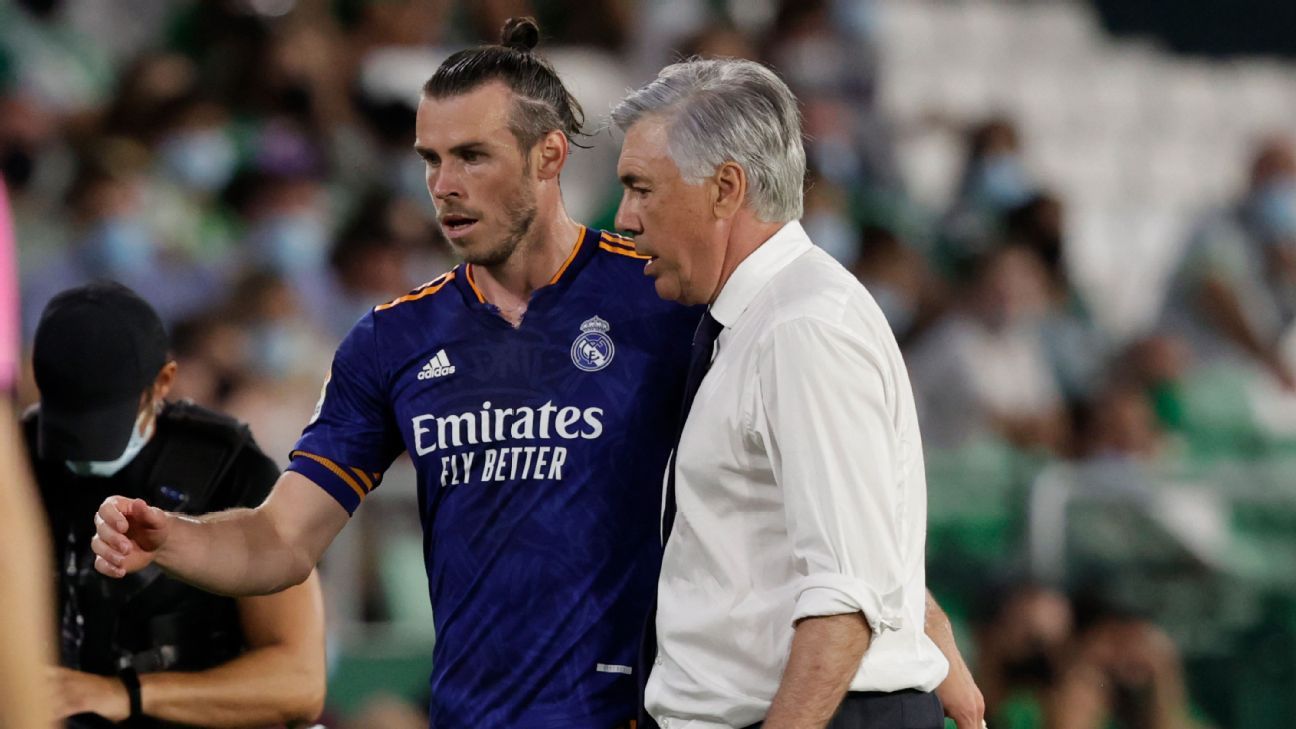 Carlo Ancelotti has said that Gareth Bale “respects Real Madrid fans” and doesn’t share the views of agent Jonathan Barnett, who called their treatment of the player “disgusting” this week.

Barnett — speaking to reporters after landing in Madrid on Wednesday — was asked about abuse aimed at Bale after his injury-hit start to the season and described fans’ opinions as “irrelevant.”

– La Liga on ESPN+: Stream LIVE games and replays (U.S. only)
– ESPN’s Notebook: The inside stories in football
– Lowe: Real-Sevilla a salve for LaLiga struggles in UCL

“I’ve read about it. I don’t know [Barnett] personally. They aren’t Bale’s thoughts,” Ancelotti said in a news conference on Saturday ahead of their clash against Sevilla (LIVE on ESPN+ Sunday at 3 p.m. ET in the U.S.).

“Maybe they’ve whistled him sometimes, but he isn’t the only Real Madrid player that fans have whistled,” he added. “I don’t have anything to say. It has come from a person that I don’t know.”

Barnett’s comments sparked a response from the Federation of Real Madrid supporters clubs for the Madrid region on Friday, expressing their “condemnation and disapproval” and calling on Bale to distance himself from his representative.

The 32-year-old forward — whose contract at the Bernabeu expires next summer — hasn’t appeared for Madrid since August after suffering a serious hamstring injury.

He returned to fitness in time to play 45 minutes for Wales in their 5-1 World Cup qualifying win over Belarus on Nov. 13, when he picked up a calf problem.

Ancelotti also defended Eden Hazard, who has been sidelined this week with gastroenteritis, saying the player has had “bad luck” and “wants to come back and give his best.”

Madrid are top of the LaLiga table having picked up 30 points from 13 games, and have already qualified for the Champions League knockout phase.

Ancelotti also denied that conversations have already taken place with president Florentino Perez over strengthening for next season.

“We’ve spoken about the future of this club, with a new stadium, and a lot of youngsters with a lot of quality” he added. “We haven’t talked about names or reinforcing the squad.”

The Madrid coach also said that both Kylian Mbappe and Erling Haaland are “very good” amid rumours linking both players to the club, but refused to be drawn on whether they’ll be playing at the newly renovated Bernabeu next year.

“I imagine the new stadium with Ancelotti, not Mbappe or Haaland!” he laughed. “The important thing is to be there. I don’t want to give names. Real Madrid will play in the new stadium, and let’s hope the coach is Carlo.”