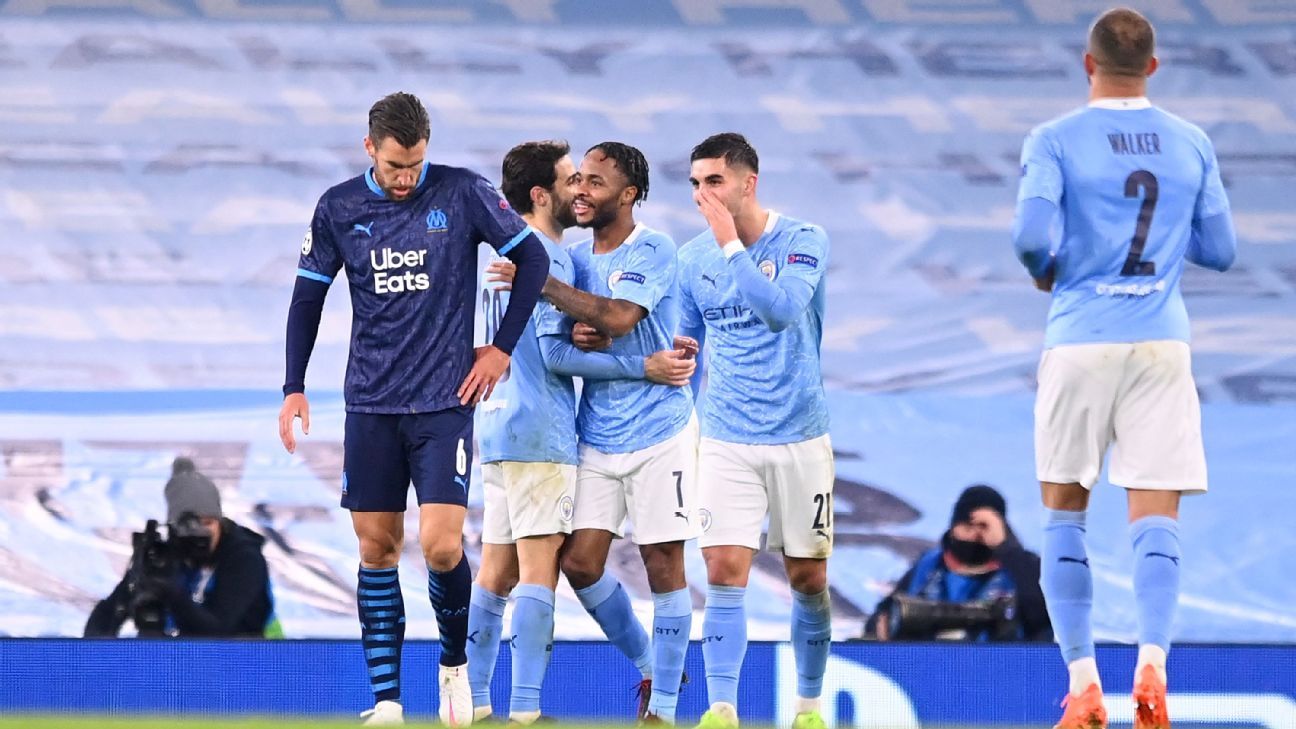 The summer transfer window was unlike any other; see all the major deals and check out how we graded the biggest signings. And just because the window is shut until January, that doesn’t mean the rumours won’t keep coming. Here’s the latest gossip and speculation.

This comes with the statement that Barcelona CEO Mateu Alemany is in Manchester to discuss possibilities in the January transfer window.

Starting with Sterling, the Blaugrana had been hoping to take the England international on loan, but City now won’t allow that to happen unless there is an obligation for the Catalan club to sign him permanently after.

Alemany is looking to see if there is any room for manoeuvre, but Sterling’s impressive recent performances won’t help.

As for Silva, the Portugal man has previously been understood to want a move to La Liga. It is suggested that this is still his wish and that Barcelona are the favourites to sign him.

While it is felt that he would fit perfectly at Camp Nou stylistically, City would command a fee that Barcelona would be hard pressed to afford.

The report dismisses Torres as more unviable than the Sterling deal. However, Spanish daily AS is stating that the Spain international is Barcelona’s priority and that they are going all in to sign him with no Plan B being contemplated.

09.51 GMT: Michael Carrick has backed the Manchester United squad to adapt to Ralf Rangnick‘s high-pressing style if and when the German takes over at Old Trafford.

Sources have told ESPN’s Rob Dawson that United are set to appoint former RB Leipzig coach Rangnick until the end of the season before installing a new permanent boss in the summer.

Rangnick’s teams have a reputation for fierce pressing, something Ole Gunnar Solskjaer’s United were accused of not doing well before the Norwegian was sacked.

Carrick, who will be in charge for Sunday’s trip to Chelsea, remained tight-lipped about Rangnick’s imminent arrival as interim manager until the end of the season at a news conference on Friday but believes the squad will be able to adjust to any coach who comes in.

“As I’m sitting here now I’m preparing the team for the game [against Chelsea]. I haven’t got any more news to share with you on that front.”

Asked specifically if Rangnick could be successful in trying to implement his pressing style with United’s crop of players, Carrick said: “There’s a lot of different styles in football.

“There’s a group of players here, whoever comes in, they can adapt. There are some really good people and human beings in the squad and I’m sure they’ll look forward to what’s ahead.”

09.00 GMT: Chelsea are yet to open fresh contract talks with Mason Mount but all parties are relaxed about the situation contrary to reports in Spain that Real Madrid were interested in him, sources told ESPN’s James Olley.

It had been suggested that the midfielder was unhappy at Stamford Bridge, specifically over his role within the squad, but sources claim Mount enjoys a healthy relationship with head coach Thomas Tuchel and is focused on further success with the Blues.

Negotiations are yet to begin over a new deal but the 22-year-old has two-and-a-half years left to run on his existing agreement and the club believe there is no rush for the time being.

It is anticipated that conversations will begin later in the season as Chelsea first prioritise talks with several players whose deals expire next summer, chiefly Antonio Rudiger, Andreas Christensen, Cesar Azpilicueta and Thiago Silva.

– ESPN’s Notebook: The inside stories in football

– Marca has reported that it is going to be a busy January transfer window for Real Madrid and continued to say why. First off, they will be able to freely talk to Paris Saint-Germain‘s Kylian Mbappe, Chelsea‘s Antonio Rudiger and Manchester United‘s Paul Pogba about possible free transfers in the summer of 2022 – though they are still undecided about whether to move for the latter two.

Luka Jovic, Mariano Diaz and Jesus Vallejo could all depart, while renewals for Vinicius Junior and Eder Militao will be worked on. Nothing will be done about Marcelo, Isco and Gareth Bale, though, as they will all leave for free when the season has finished.

– Bayern Munich could look to sign Barcelona goalkeeper Marc-Andre ter Stegen in 2023 with Manuel Neuer aging, reports El Nacional. The Blaugrana‘s financial position means they could be willing to discuss a deal if the Bavarians exceed his €55m market valuation. However, the stopper has a contract until 2025 and is not a priority to offload.

– Juventus and Tottenham Hotspur are both interested in signing AS Roma man Nicolo Zaniolo, as has been reported by Calciomercato. Roma will be doing their best to keep the Italian, though, with their plan being to extend the 22-year-old’s contract by another year, which would take him through to 2025.

– Newcastle United have been linked with the signing of Ousmane Dembele, but Diario Sport have suggested that the Frenchman has no interest in joining them. Barcelona are receptive to the financial offer being made, but Dembele wants a greater sporting project and is not impressed by their squad – something that won’t be changed by any wage or package on offer.

– Internazionale are interested in Sassuolo trio Davide Frattesi, Giacomo Raspadori and Gianluca Scamacca, as has been reported by Calciomercato. Deals for the first two are currently seen as complicated, but Scamacca could be realistically signed as an alternative to Edin Dzeko due to their similar profiles. A good relationship between the two clubs will help any potential deal.

– Nani has announced that his deal at Orlando City SC will not be extended and he will be leaving the club. The Portuguese winger has spent three years in Orlando, but it is stated that the club didn’t take up the option to extend that stay.

Sources: River Plate still keen on NYCFC’s ‘Taty’
Sources: Hodgson to replace Ranieri at Watford
Balotelli’s back! What has Italy striker been up to during international exile?
Sources: Arsenal in struggle to find new striker
Sources: Real target Tchouameni, Gravenberch