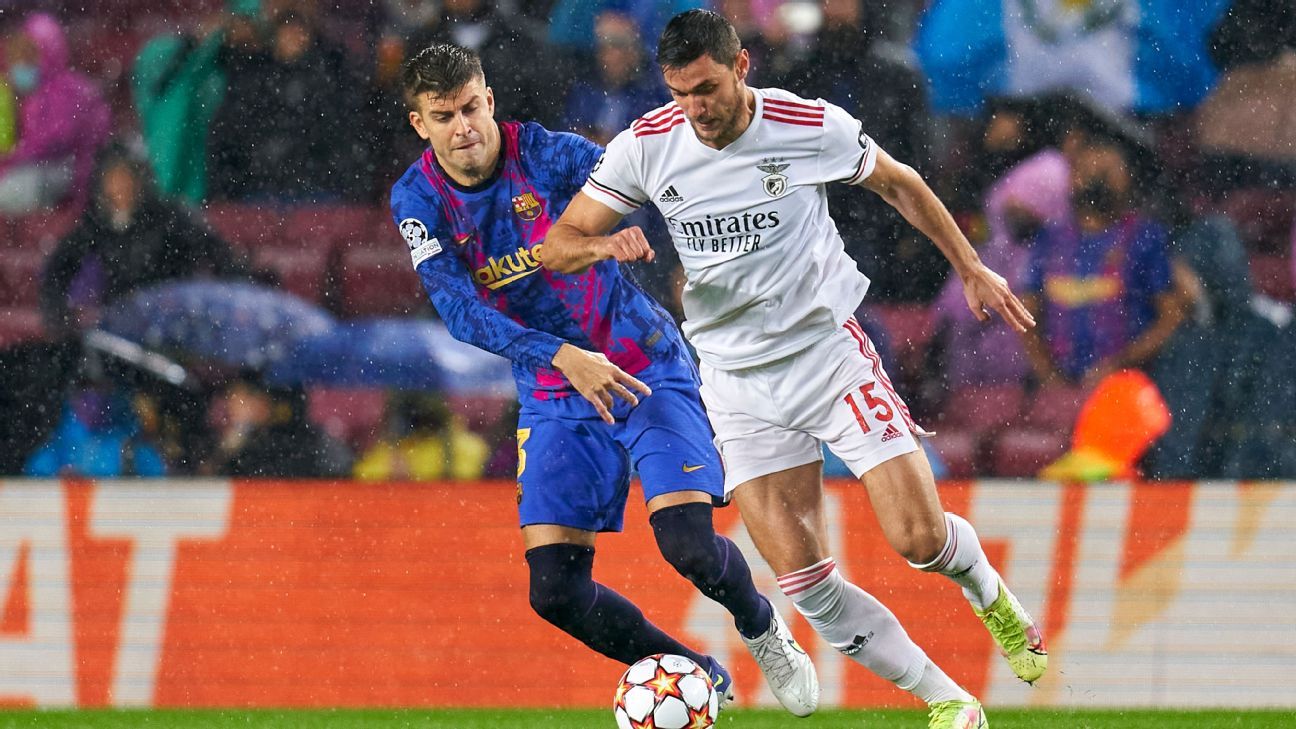 Barcelona and Benfica played out a thrilling goalless draw in the Champions League in Xavi Hernandez’s second match in charge on a rainy night at the Camp Nou.

– What every team needs to get out of their UCL group
– ESPN+ viewers’ guide: LaLiga, Bundesliga, MLS, FA Cup, more

The match was Xavi’s first in charge of a Champions League match for Barca after leading the team to a 1-0 win against Espanyol in his LaLiga opener since taking the reins for the Catalans.

The result leaves Barca still not assured of a spot in the knockout rounds of the Champions League pending results from the final matchday when they face Bayern Munich away in Group E.

Barcelona had the better of the play in the first half — executing crisp passing in the final third and hitting on the counter when the chance arose — but the end product was missing.

Benfica’s Roman Yaremchuk had a close-range header turned away by Marc-Andre ter Stegen and Yusuf Demir hit the post with a lovely curling shot soon after as the opening 45 minutes ended scoreless.

Benfica’s Nicolas Otamendi intervened with a sliding tackle just before the hour mark to deny Memphis Depay an excellent goalscoring chance from close range as the score stayed 0-0.

Ronald Araújo looked to have scored a classy winner shortly before the end of the match, but the goal was ruled out for offside and both teams settled for a point on the night.

Barca are two points ahead of Benfica with one game still to play, but they face a daunting task in the last group when they travel to Germany to take on Bayern, who have a perfect winning record so far. Benfica, meanwhile, host winless Dinamo Kiev at home in Lisbon in their final game.

While new manager Xavi appeared to have quickly fixed many issues like the team’s intensity, rhythm, ball control and collective effort, scoring remains a problem.

Barca had 61% of the ball but created only a few chances, including a shot across goal from Demir in the first half, a header from Frenkie de Jong after the break, and a volley from Araujo that went in only to be disallowed because he was in an offside position.

Haris Seferovic failed to score what looked like the winner on one of the last kicks of the game when through on goal in a stoppage-time counter-attack, leaving his coach infuriated.

“In my 30 years as a coach, I have never seen a player miss an opportunity like this. Unfortunately, it happened to us,” Jorge Jesus told reporters.