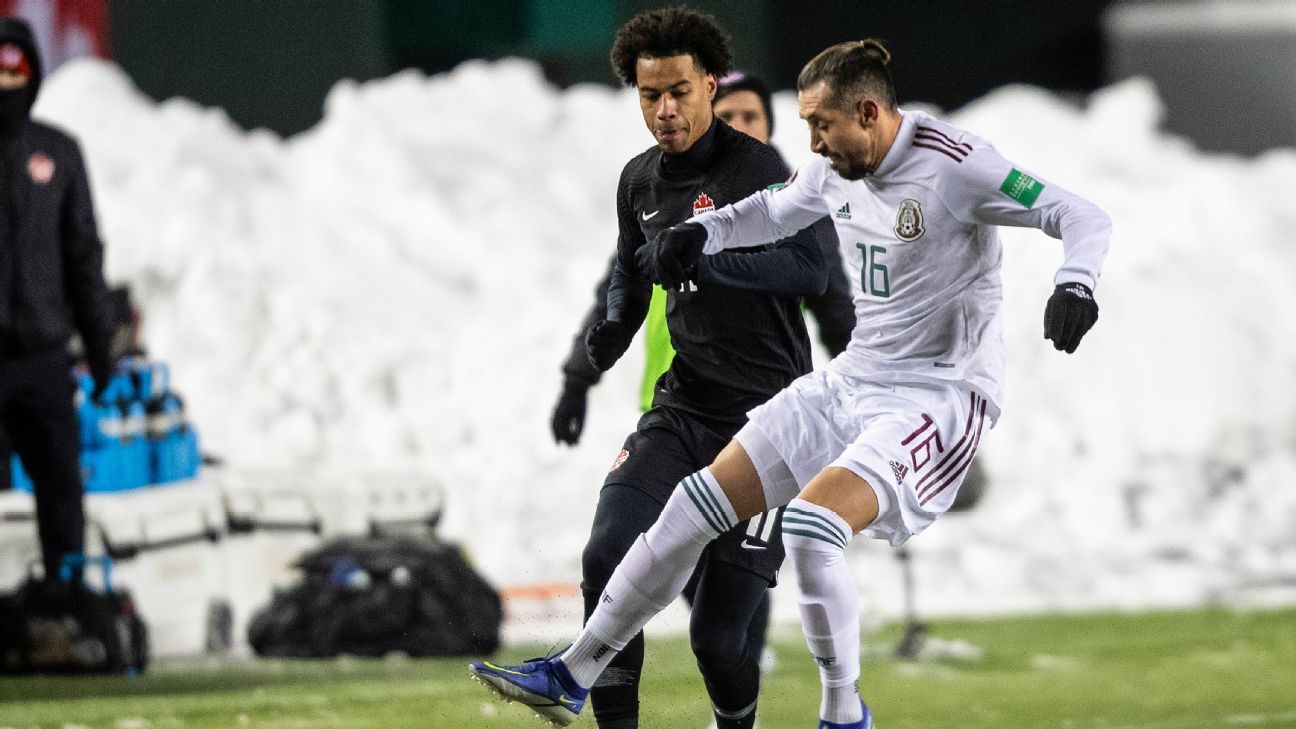 Mexico‘s 2-1 defeat to Canada at Edmonton on Tuesday was the coldest match El Tri have played on record, according to multiple sources.

The hosts scheduled their biggest home game in this qualifying campaign in extreme conditions, giving them an added advantage in the process.

“Every country uses their terrains as an advantage, and we saw this as an advantage,” Canada coach John Herdman said after the game. “[The Canadian players] all grew up in the cold and on plastic pitches.”

Home-field advantage was definitely a factor for Canada, who packed in nearly 50,000 fans into Commonwealth Stadium. Though pockets of Mexican fans were often seen on Friday in El Tri‘s match against the United States at TQL Stadium in Cincinnati, supporters for the CONCACAF giants were few and far between in Edmonton.

“As is standard practice for all matches, per the laws of the game the referee will determine if the field is playable,” CONCACAF spokesman Nicholas Noble wrote in an email to The Associated Press. “This happens as a matter of course.”

Referee Mario Escobar allowed the match to play, while Canadian defender Doneil Henry was also permitted to play on after a brutal first-minute challenge on Hirving Lozano that sent the Napoli star to the ground. Lozano would later be substituted as a result of the collision, according to Mexico manager Gerardo Martino.

As the match wore on, most players on both teams seemed to shake off the cold, with Mexico slowing Canada’s early attempts to grab hold of proceedings. However, goalkeeper Memo Ochoa looked notoriously slow to a shot outside the box from Alistair Johnson. Ochoa parried right into Cyle Larin‘s path, who slotted the rebound home for the first of his two goals.

“We played a good first half,” said Martino after the game. “We annulled Canada’s possibilities. We just lacked depth.”

Ochoa capped his nightmare two-game stretch by allowing Larin to score inside the six-yard box off a free kick. The Club America goalkeeper had stoked the ire of fans and players on the US side by declaring that “Mexico is the mirror in which the United States wants to see itself” before Friday’s match. After Chelsea star Christian Pulisic scored the game’s first goal against Ochoa, he lifted his jersey to reveal he’d written “man in the mirror” on his t-shirt.

Larin kept the pressure on Ochoa, scoring his 21st and 22nd international goals for Canada, after Herdman boldly swapped him in for Jonathan David, the Lille striker who started on Friday against Costa Rica and scored.

“We’ve got two great strikers in great form, [David] scored a goal one night, and [Larin] scored two in the other,” Herdman said.

For Mexico, their second consecutive game in frigid conditions meant back-to-back losses. In Cincinnati, El Tri lost 2-0 to the United States in a match played mostly in the low 40s F. Their next game will be played in Kingston, Jamaica — where the average monthly temperature in January is a balmy 88° F (31° C).