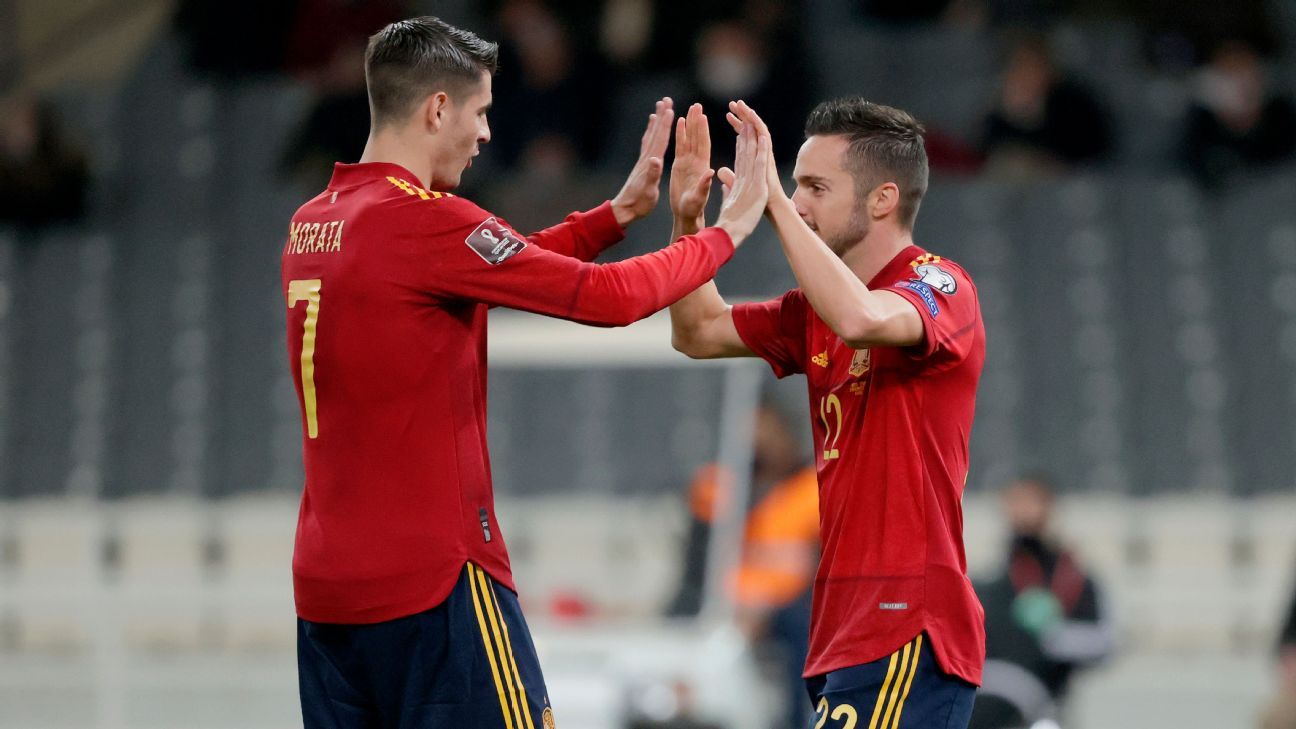 A penalty from Spain‘s Pablo Sarabia secured a 1-0 victory in their World Cup qualifier away to Greece on Thursday, meaning La Roja need a point from their showdown with Sweden at the weekend to secure a place at next year’s World Cup finals.

– Europe: What every country needs to qualify for the World Cup

Sarabia’s winner came in the 26th minute after Inigo Martinez was tripped following a corner. Sarabia’s low strike found the net to the left of Odysseas Vlachodimos.

In a nearly empty Athens Olympic Stadium, Spain dominated with 70% possession and were never in danger of losing.

After Sweden’s surprise 2-0 defeat away to Georgia, Spain now lead Group B with 16 points, one ahead of the second-placed Swedes who they host on Sunday in their final group match.

Sweden must beat Spain in Seville to qualify automatically for Qatar 2022, while a draw would be enough for Spain to progress. The runners-up will head to the playoffs in March.