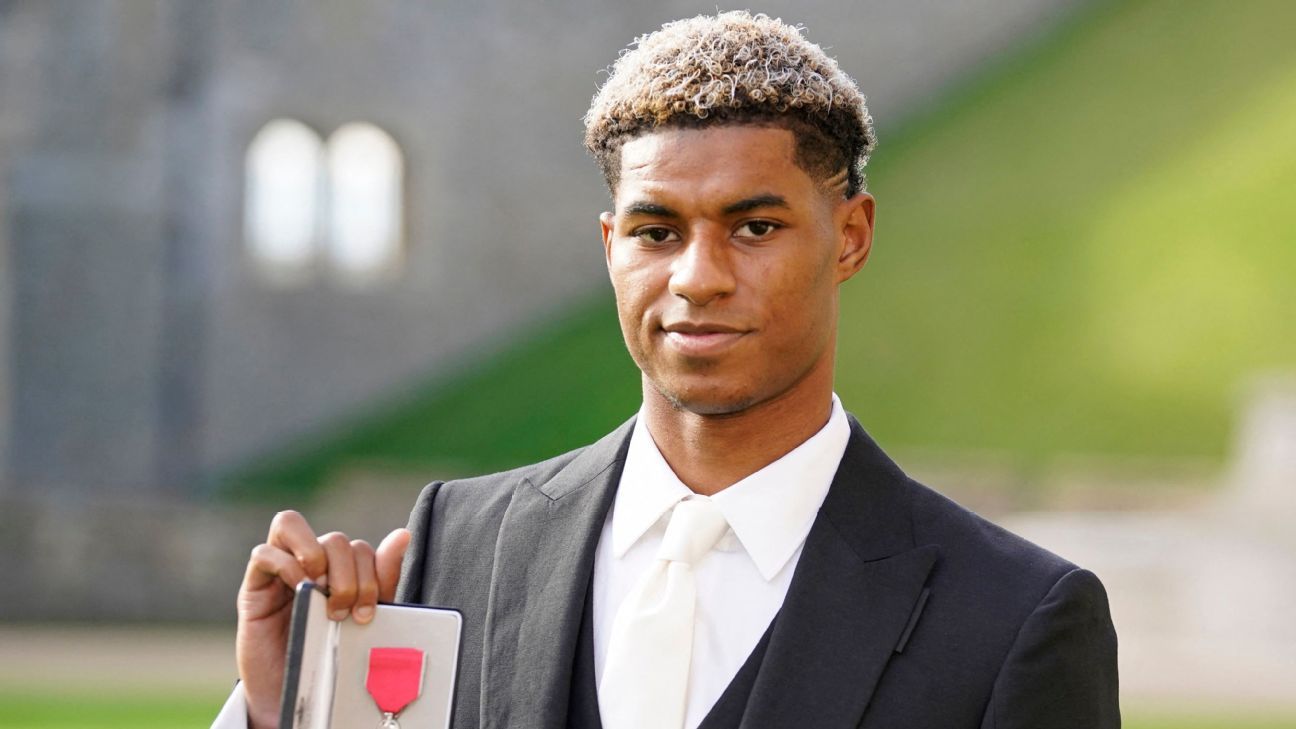 Marcus Rashford has received his MBE from Prince William in recognition of his campaign to support vulnerable children during the COVID-19 pandemic.

The Manchester United and England striker collected the award in a ceremony at Windsor Castle on Tuesday, where he was joined by his mother Melanie.

Rashford, 24, successfully campaigned for the United Kingdom government to provide free school meals to vulnerable children during lockdown. He forced the government into two U-turns to extend their support during the summer and winter holidays and his campaign resulted in policy change.

Rashford, who was awarded the MBE last October, received the honour from the Duke of Cambridge in the first in-person investiture event since the start of the pandemic.

His mother Melanie has supported his drive for social change with her own work in local foodbanks in Manchester.

Keep continuing the vital work you are doing for vulnerable children across the UK pic.twitter.com/VO0J13LqQM

— The Duke and Duchess of Cambridge (@KensingtonRoyal) November 9, 2021

Rashford has since continued his food poverty campaign by creating a taskforce which works with major supermarkets and foodbanks in the U.K.

“There’s a lot of work to be done,” Rashford told reporters outside of Windsor Palace.

“We’re nowhere near where we want to be, or where we feel the kids deserve to be. We’ve just got to stick at it and keep going.”

The Manchester United star also wrote on Twitter: “An honour to spend the morning with you [Prince William].

“Thank you for making the day so special for me and mum. Very proud.”