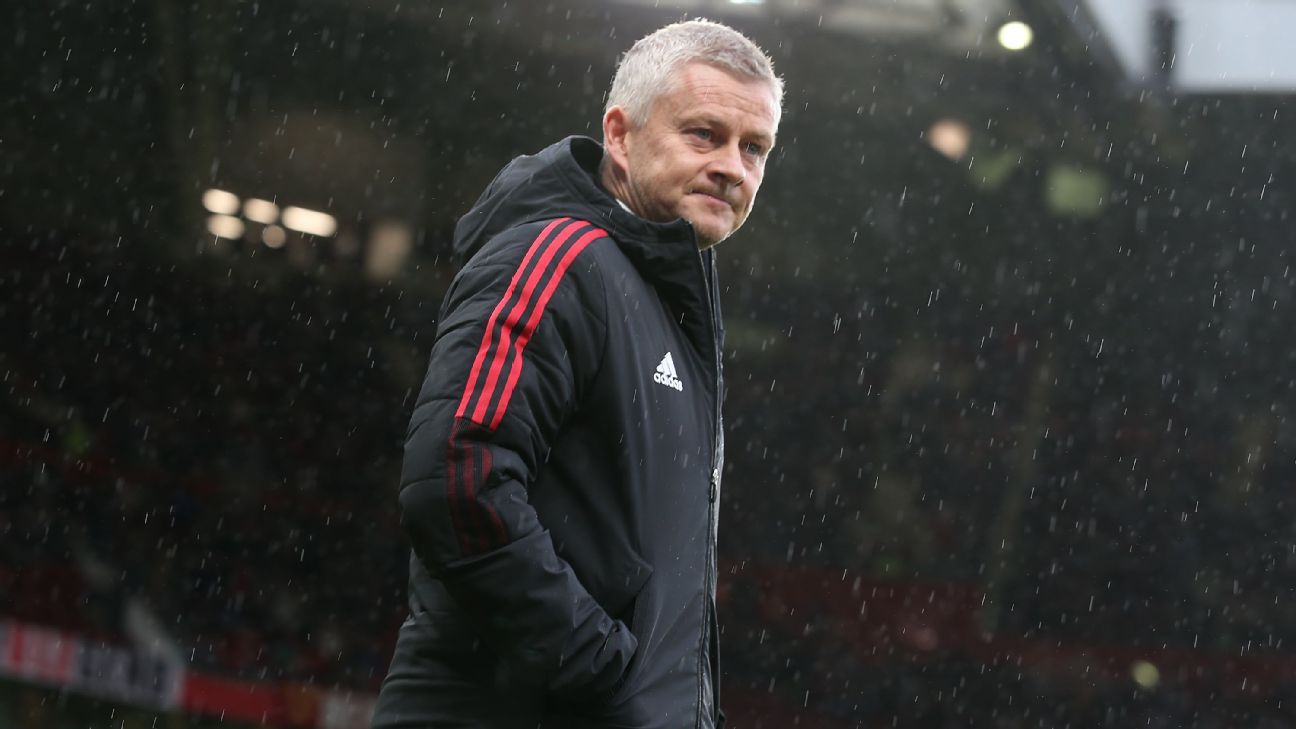 Ole Gunnar Solskjaer expects to survive the international break and remain in charge for Manchester United‘s next game against Watford, sources have told ESPN.

The Norwegian has spoken to executive vice-chairman Ed Woodward since the demoralising 2-0 defeat to Manchester City on Saturday but has so far been given no indication he is set for the sack.

Sources close to Solskjaer accept the 48-year-old is vulnerable after a run of six defeats in 12 games but insist he has been told to begin preparations for the trip to Vicarage Road on Nov. 20 and that he remains confident of turning the situation around.

Norwich City and Aston Villa have used the international break to part company with Daniel Farke and Dean Smith, respectively.

United’s participation in the Champions League means they will not have another significant gap between fixtures for six weeks when they play Brighton at home on Dec. 18 and Newcastle United away on Dec. 27.

Sources have told ESPN that the club’s preference is to keep Solskjaer in position until at least the end of the season but there is a growing feeling that stance would have to change if United’s place in next season’s Champions League was threatened.

They are sixth in the league table, nine points behind leaders Chelsea and five points off the top four.

Crucially for Solskjaer, United are top of their Champions League group with two games to play.

A victory over Villarreal on Nov. 23 would all but seal their place in the knockout rounds and sources have told ESPN that results in Europe this season are a key reason behind the club’s decision to stick with Solskjaer in the face of significant unrest within the squad and among supporters.

Solskjaer signed a new three-year contract in July and was followed by assistant Mike Phelan, who penned a similar deal in October. Sources have told ESPN that contract talks with coaches Michael Carrick and Kieran McKenna remain active despite the uncertainty surrounding Solskjaer’s future.

United rejected the chance to install Antonio Conte following the 5-0 home defeat to Liverpool two weeks ago and on Sunday night played down speculation they have made an approach to Leicester City manager Brendan Rodgers.

Sources have told ESPN that Rodgers would be in the frame to replace Solskjaer if United decide to make a change but Old Trafford chiefs are well aware of the difficulty in prising the Northern Irishman away from the King Power Stadium, particularly mid-season.

Mauricio Pochettino also has admirers at Old Trafford but is under contract at Paris Saint-Germain until 2023 after signing an extension in the summer.

Former RB Leipzig boss Ralf Rangnick is considered a viable short-term option. The 67-year-old has impressed Woodward during informal meetings in the past but now has a senior role at Lokomotiv Moscow.