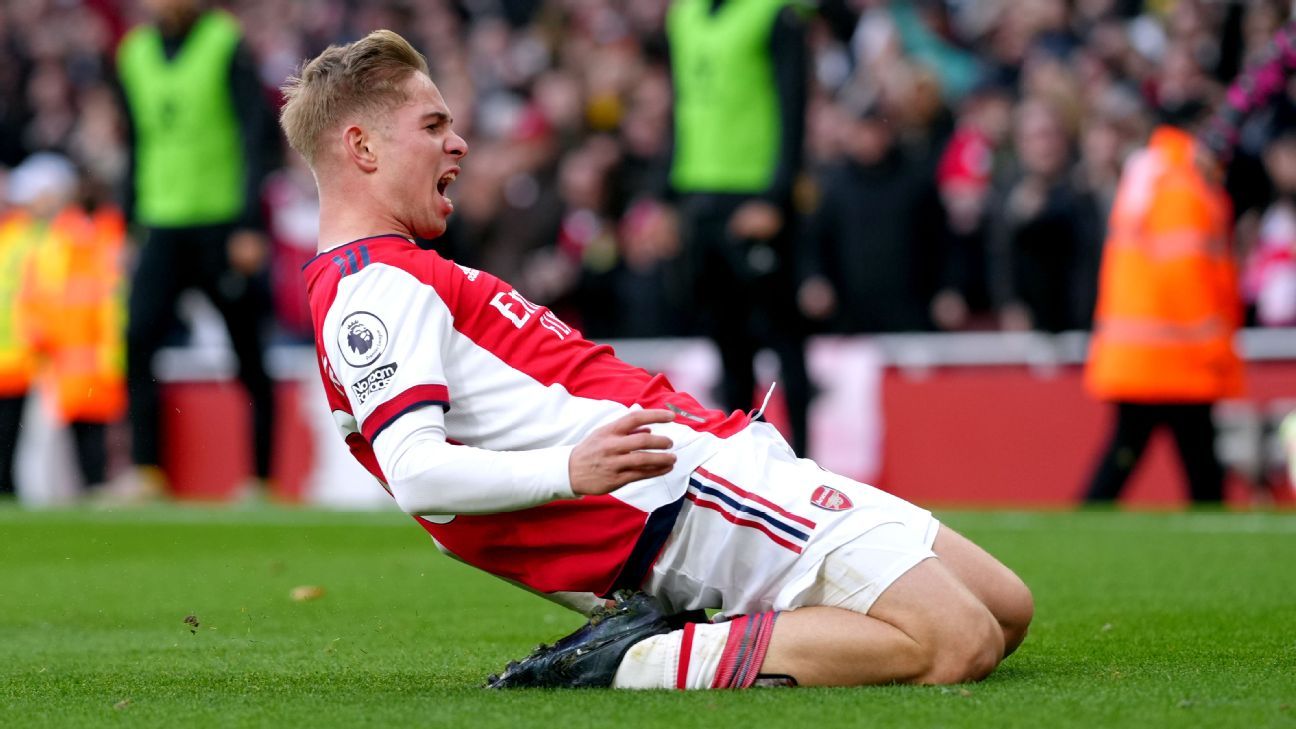 In a match of missed chances for Arsenal, Emile Smith Rowe gave his side their only goal of the game in a 1-0 win against Watford at the Emirates on Saturday.

The result sees the London side pull away from Manchester United — who lost to Manchester City — and into fifth place in the Premier League.

Bukayo Saka had the ball in the net after just eight minutes but the goal was disallowed after VAR showed he had been offside.

Alexandre Lacazette was awarded the penalty after a heavy challenge by Danny Rose in the box. Pierre-Emerick Aubameyang stepped up to take the spot kick but Ben Foster saved it which makes it two penalties out of two missed for the Gabon striker this season.

Arsenal finally got their opener on 56 minutes when Ben White was tackled on the edge of the box but the ball spilled to Smith Rowe. The Arsenal youngster powered a shot that slid under Foster and into the net.

The goal is his third for Arsenal in his last three matches.

Substitute Martin Odegaard appeared to have doubled Arsenal’s lead on 74 minutes but a slight touch off Aubameyang — who was offside — en route to the goal ruled it out.

Watford were reduced to 10 men on 88 minutes when Juraj Kucka was sent off for a second yellow card.

Premier League’s best and worst kits of the past 30 years
Lewandowski’s watch stolen before Barca training
England’s Wiegman, Mead up for UEFA award
Man United unveil green third kit, but how do other top clubs compare?
How to watch European soccer this season: Your guide to must-see games, teams, players