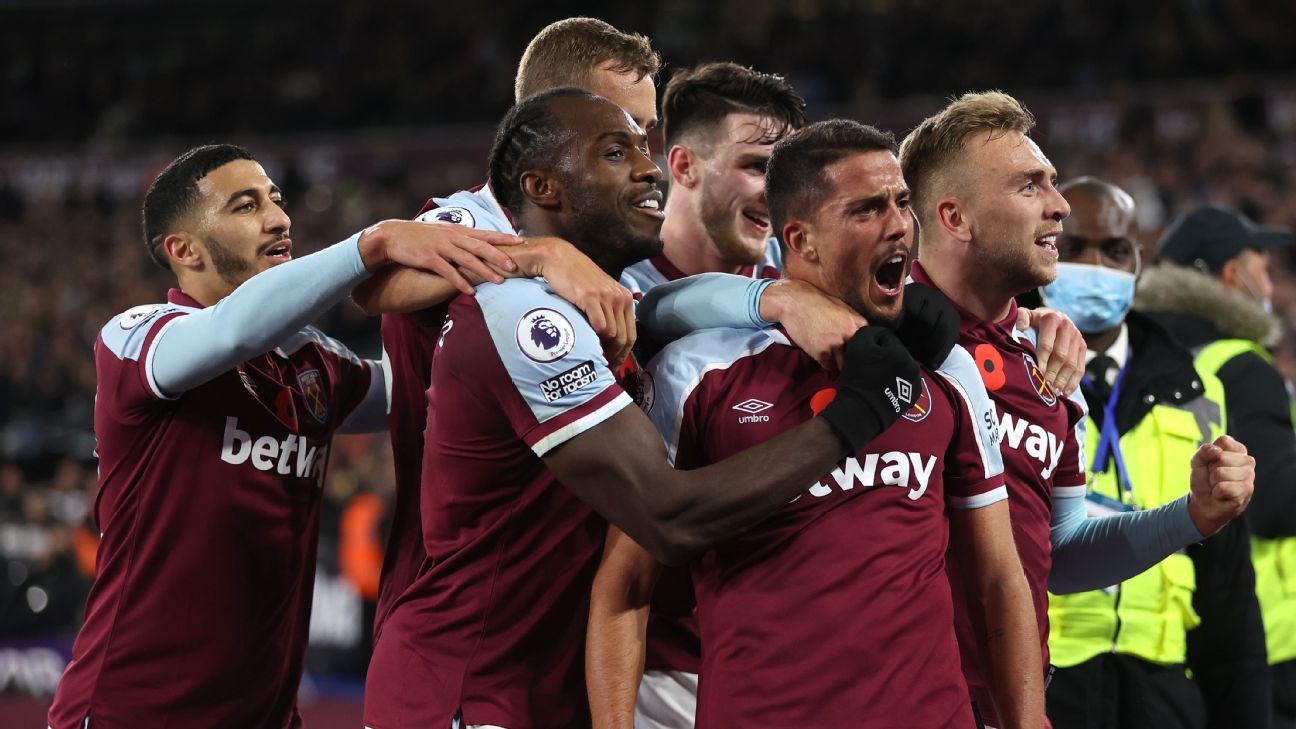 Liverpool suffered a shock first defeat of the season against West Ham United with goalkeeper Alisson at fault for all three goals in David Moyes’ side’s 3-2 win.

West Ham moved above Liverpool into third place in the Premier League and stalled Jurgen Klopp’s side’s unbeaten run of 25 matches in all competitions.

An Alisson own goal just minute’s into the game set West Ham on course for a win. Trent Alexander-Arnold‘s sublime first half free kick brought Liverpool back into it but his shot was cancelled out by Pablo Fornals in the second half.

Kurt Zouma secured the win on 74 minutes with a header after a West Ham corner. West Ham hearts were sent racing, however, when Divock Origi scored a header late in the second half. It wasn’t enough to give Liverpool the win, though.

Liverpool’s day started badly when Fornal took a corner which goalkeeper Alisson punched into his own net. There were protests from Liverpool about a foul on the keeper but they were waved away by the referee.

There wasn’t much sign of Liverpool equalising until Alexander-Arnold came up to take a free kick on 41 minutes. He curled the ball around the wall and past Lukasz Fabianski who stood rooted to the spot.

West Ham caught Liverpool on the counterattack on 67 minutes after Sadio Mane lost the ball. Fornals took the ball from Jarrod Bowen and hit a low shot past Alisson.

Bowen was on hand for the third goal in delivering a perfect corner into the box which Zouma headed into the net.

Origi bounced on a loose ball on 83 minutes to bring Liverpool back into the game but they were unable to find an equaliser.