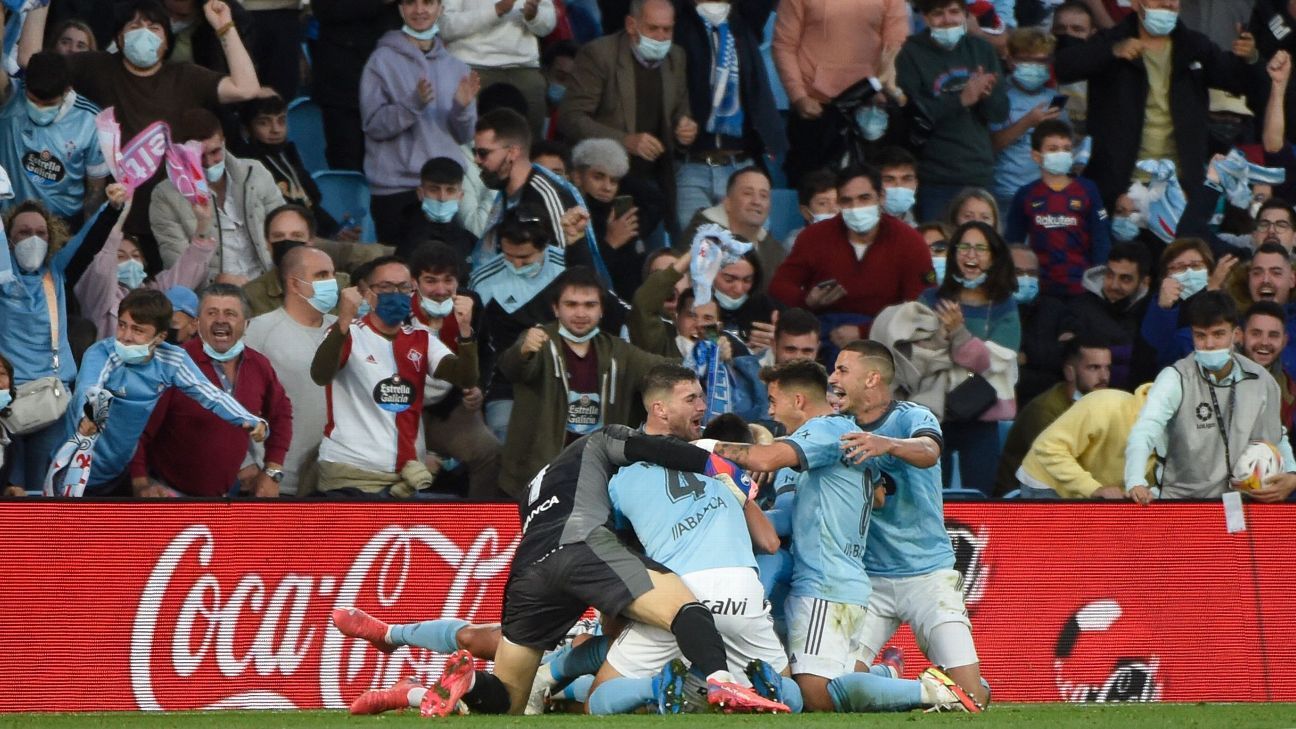 Barcelona kicked off the Xavi era by blowing a three-goal lead to draw 3-3 at Celta Vigo in LaLiga on Saturday.

The former Barca midfielder was announced as the club’s new manager early on Saturday, though he was not in dug-out at Balaidos to watch his new side earn a first league win in four.

In a game of two halves, the visitors raced into a 3-0 lead inside 34 minutes, but were unable to hang on in the second half and fell to a draw as Iago Aspas scored in the sixth minute of stoppage time.

Barca, led for third successive match by caretaker boss Sergi Barjuan following the dismissal of Ronald Koeman, have often struggled on trips to Vigo but were ahead after five minutes through Ansu Fati.

The club’s new No. 10 continued his impressive form with another fine goal as he cut it back from the byline and bent an effort around Celta defender Hugo Mallo and into the corner of the net.

It was 2-0 on 18 minutes as Sergio Busquets — who alongside his new manager was part of one of the all-time great midfield lineups for Barcelona and Spain — passed the ball into the bottom of the net from the just outside the box.

Memphis Depay added superb a third on 34 minutes as Barca cut the hosts open before Jordi Alba‘s cross was headed home by the Netherlands international to finish off a fantastic team move.

Barca ended the half with a negative as Fati was replaced during the interval by Alejandro Balde.

Celta started the second half in much better form and got their reward on 52 minutes through Aspas following a mistake from goalkeeper Marc-Andre ter Stegen, who spilled Javier Galan‘s cross. Ronald Araujo tried to clear but his kick only went as far as Aspas, who fired it straight down the middle.

The hosts then had the ball in the back of the net on 69 minutes, but it was ruled out for handball.

However, they did reduce the arrears seven minutes later through Nolito to set up a tense finish. The former Manchester City forward got in front of Clement Lenglet to head home Franco Cervi‘s cross.

And Celta got the equaliser at the death as Aspas expertly curled Galan’s cross round Araujo and into the net.

Barca’s next match is a Catalan derby on Nov. 20, which will be Xavi’s first official match in charge.