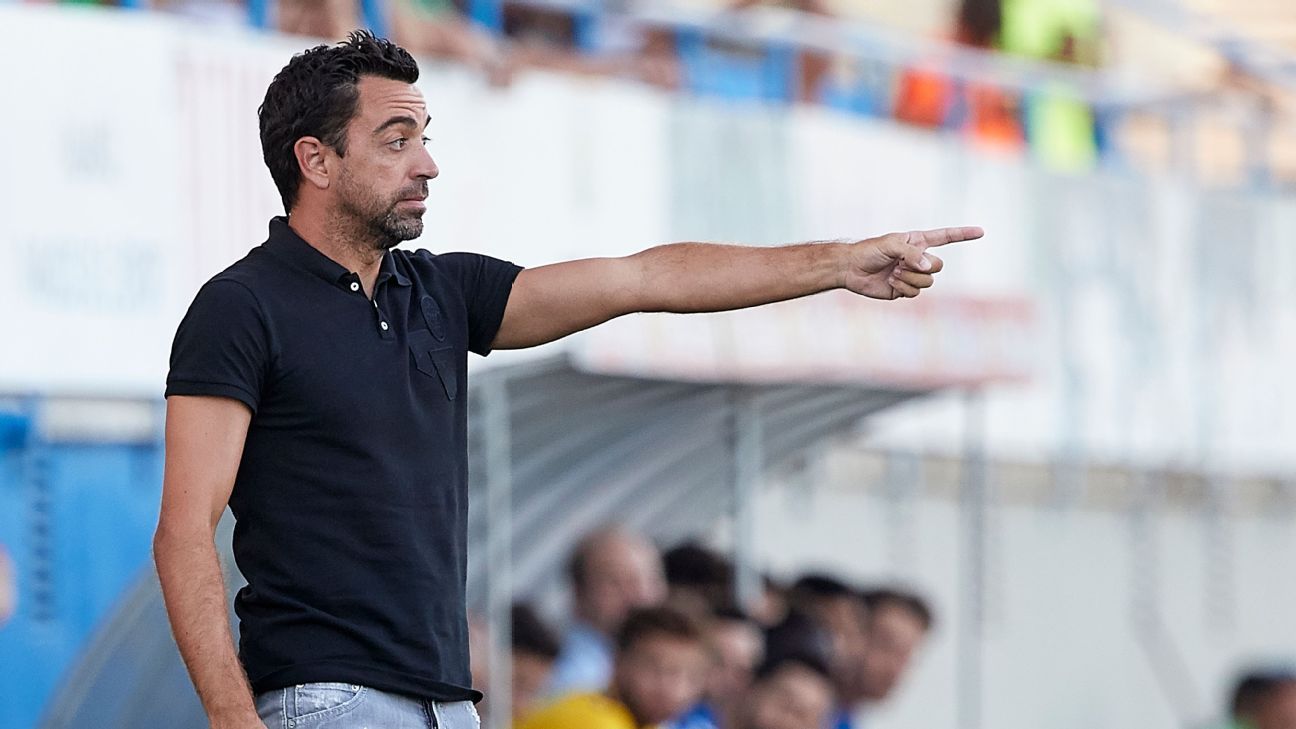 Barcelona have appointed Xavi Hernandez as their new coach following the dismissal of Ronald Koeman, Al Sadd announced on Friday.

Xavi, 41, returns to the club after six years with Al Sadd, first as a player before taking over as manager in 2019.

– Hunter: Koeman’s sacking inevitable, club remain shambles
– Tan: Is Xavi ready for Barca after conquering Qatar with Al Sadd?
– Notebook: The inside stories from around the world
– La Liga on ESPN+: Stream LIVE games and replays (U.S. only)

Al Sadd released a statement confirming the move on Friday morning. Barcelona are yet to officially announce the deal but are expected to do so later in the day.

“The Al Sadd administration has agreed on Xavi’s move to Barcelona after the payment of the release clause stipulated in the contract,” an Al Sadd statement read. “We have agreed on cooperation with Barcelona in the future.

“Xavi is an important part of Al-Sadd’s history and we wish him success. Xavi informed us a few days ago of his desire to go to Barcelona at this particular time, because of the critical stage his hometown club is going through, and we understand this and decided not to stand in his way.”

The former Barca and Spain midfielder will officially take over after the November international break. Interim coach Sergi Barjuan will remain in charge for Saturday’s match at Celta Vigo, with Xavi’s first game set to be the Catalan derby against Espanyol at Camp Nou on Nov. 20.

Barca vice president Rafa Yuste and director of football Mateu Alemany travelled to Qatar this week to close the deal, with negotiations accelerating with Al Sadd after Wednesday’s 3-3 draw with Al-Duhail. Xavi said goodbye to the Al Sadd players after that game before imploring the two clubs to “come to an agreement” given his desire to return to Barca with the Catalan side paying their former midfielder’s €5 million release clause, sources told ESPN.

Koeman was fired last week after a 1-0 defeat to newly-promoted Rayo Vallecano (stream the replay on ESPN+ in the U.S.) left Barca ninth in the league table. The loss was Barca’s third in their last four LaLiga matches, while they had won just one of their first three Champions League fixtures, losing 3-0 against Bayern Munich and Benfica, before this week’s win over Dynamo Kiev.

Koeman had to deal with huge financial problems and the loss of star player Lionel Messi, but president Joan Laporta was never convinced by him. Laporta first wanted to change manager in the summer and again in September after the defeat to Benfica, but he was persuaded to stick with him given the lack of alternatives. However, after a Clasico defeat to Real Madrid and the loss to Rayo, the president decided to act.

Koeman, who was appointed by previous president Josep Maria Bartomeu in August 2020, won the Copa del Rey with Barca last season and led them to a third place finish in the league. They exited the Champions League at the hands of Paris Saint-Germain in the round of 16.

Xavi was not considered ready by Laporta in the summer, partly because of his lack of top-level coaching experience and partly because of his links to rival Victor Font’s campaign to become Barca president earlier this year. The need for change and the lack of alternatives forced Laporta to change his mind, though, with the president restoring contact with Xavi in recent weeks.

Xavi, who made 767 appearances for Barca, was a key player at the club during Laporta’s first spell as president between 2003 and 2010 and the two have always maintained a good relationship.

In his short time in charge of Al Sadd, Xavi has won seven trophies, including one league title. They are unbeaten in 36 games in the Qatar Stars League, dating back to last season.

Speaking in a news conference last Friday, Laporta said: “My opinion about Xavi as a manager is he is in a learning process, evolving, I have really good references from people who know him better than me in that way.

“I have a great relationship with Xavi, I have been speaking with him in the last month, I know his opinion about this squad, what he thinks has to happen. We talk as two friends and in this case, my opinion is a really good one.”

Despite previously rejecting the job when offered it by Bartomeu after Valverde was sacked in January 2020, Xavi has never hidden his desire to return to Barca in a coaching capacity.

Laporta had been keen to give him the B team job as first but Xavi made it clear that he felt he had already outgrown that role and that he was ready to coach the first team.

“The idea is to coach Barcelona, I have never hidden that,” he said recently. “That’s my objective and my dream. I don’t know if it will happen or not, if they will need me or not.”

Xavi takes over Barca with the team at its lowest ebb in over a decade. They have won just four of their opening 11 games in LaLiga and risk missing out on the knockout stages of the Champions League for the first time in 20 years if they fail to beat Benfica on Nov. 23.

The team has struggled to move on from the loss of Messi to PSG, with the club’s gross debt of €1.4 billion making it impossible to invest in new players.

Therefore, like Koeman before him, Xavi will have to work with a crop of talented youngsters, including Spain internationals Ansu Fati, Gavi and Pedri.

He will also have to oversee the final years of the careers of players who were previously his teammates, with Gerard Pique, Jordi Alba and Sergio Busquets still playing key roles at the club.

De Bruyne stars as Belgium beat Wales in NL
Qatar’s World Cup preparations: Are the 2022 hosts ready for this winter?
Toney laughs off ‘cringey’ tweets from Arsenal
Big questions before USMNT’s pre-World Cup friendlies: Can Pepi nail down spot? Is Turner too rusty?
Messi: I endured ‘bad time’ in first season at PSG