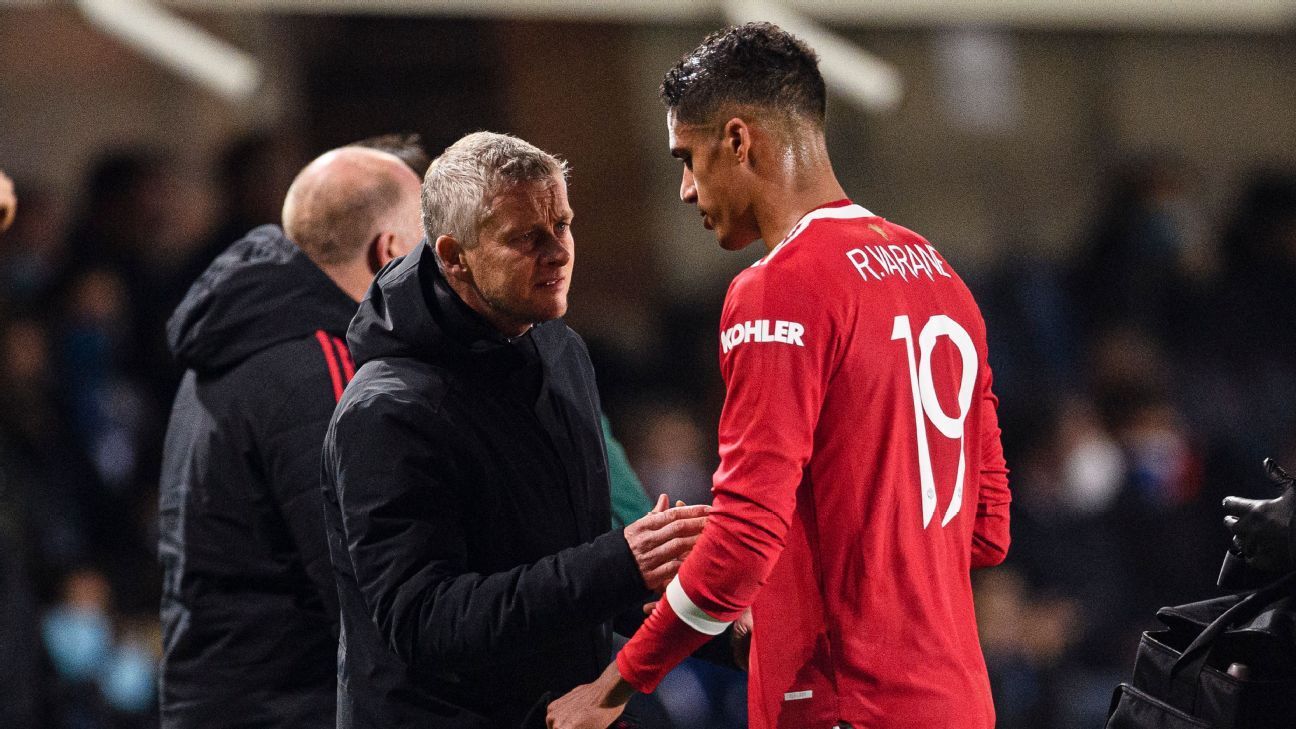 Manchester United defender Raphael Varane will be out for a month after suffering a hamstring injury, the club announced on Wednesday.

Varane limped off during the first half of the 2-2 draw with Atalanta on Tuesday. After undergoing scans in Manchester on Wednesday, the 28-year-old is set for a spell on the sidelines and will miss Manchester City‘s visit to Old Trafford on Saturday.

A statement issued by the club on Wednesday read: “Manchester United can provide further information on the extent of the injury suffered by Raphael Varane during Tuesday’s 2-2 draw with Atalanta in the Champions League.

“The club confirms that Raphael sustained a hamstring injury which is expected to keep him out of action for around a month. We’d like to wish Raphael a speedy recovery.”

Varane has only just returned after recovering from a groin injury picked up while playing for France.

He missed three games, including the 5-0 defeat to Liverpool, but was brought back into the team for the 3-0 win over Tottenham three days before the trip to Atalanta.

United are hopeful of having Victor Lindelof available to face City despite injury ruling the Sweden international out of the game in Italy.

Lindelof picked up a knock in training on Monday but the injury has been described as “minor.”

If manager Ole Gunnar Solskjaer decides to stick with his 3-4-2-1 system against City he could pick Harry Maguire, Eric Bailly and Lindelof in a back three. Solskjaer has also picked Luke Shaw as a left-sided centre-back with Alex Telles filling in as the left wing-back.