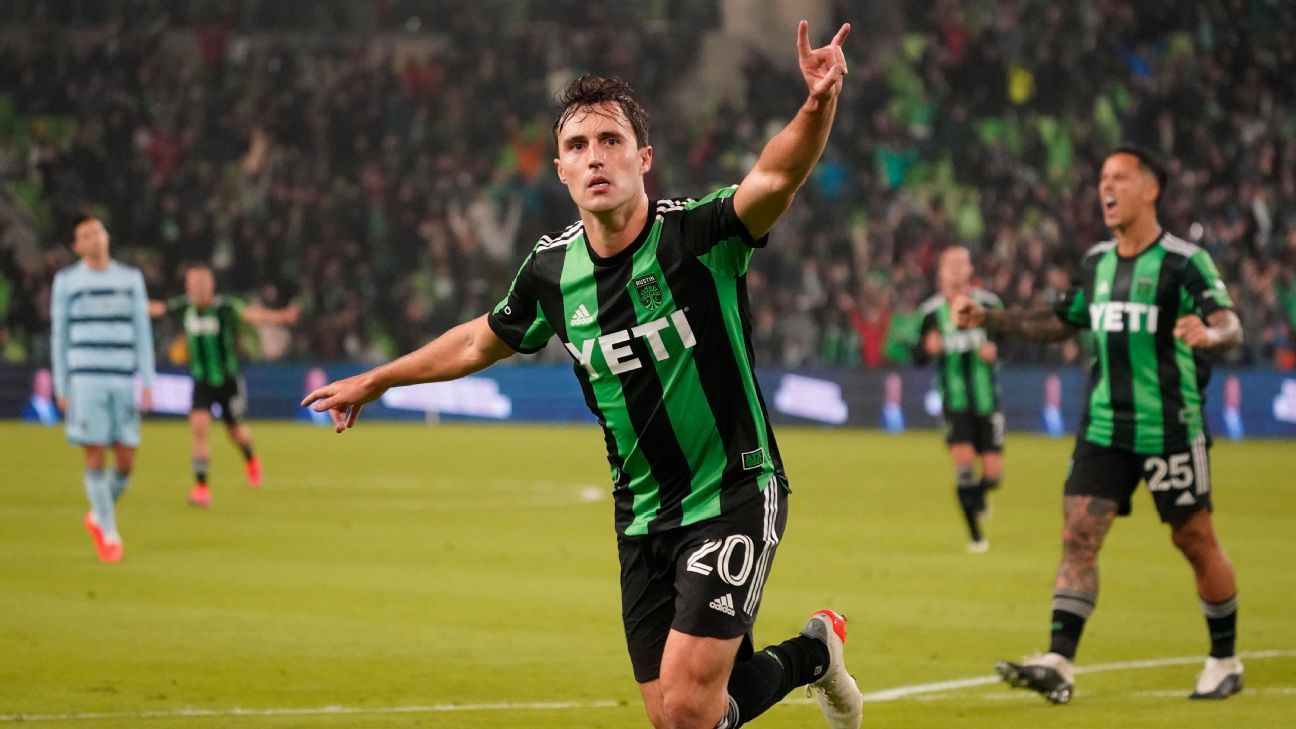 Austin played like anything but an out-of-contention team and put a huge kink in Sporting K.C.’s hopes to win the Western Conference. With the loss — its second straight — Kansas City remains a point behind the front-running Seattle Sounders and tied with the Colorado Rapids on points with one game remaining in the regular season.

Sporting K.C. (17-9-7, 58 points) has clinched one of the top three spots in the upcoming MLS playoffs and thus a home game in the first round. However, Kansas City would have been assured of first place with a victory Wednesday and a win at Real Salt Lake on Sunday.

Austin FC (9-20-4, 31 points) will not make the postseason and moved up to 12th place in the 13-team West with the win. Austin could climb as high as 11th in the conference with a win Sunday at Portland and a loss by FC Dallas.

The expansion side has been solid at home in the season’s stretch run, winning four of its final five matches at Q2 Stadium.

Austin FC scored 30 seconds into the match as Driussi waited on the near post for a headed pass from the opposite side of the box by Stroud. Stroud was set up for his assist by a crossing pass by Diego Fagundez, with each pass moving Sporting K.C. goalkeeper Tim Melia from side to side.

It was the fastest-ever goal in expansion Austin’s 33-game existence.

Cascante added to the lead in the 22nd minute when he outleaped Sporting’s Khiry Shelton for a set-piece pass from Zan Kolmanic. Kolmanic’s assist off the direct free kick from 40 yards out found Cascante at the edge of the 6-yard box, and he directed his header off the ground and past Melia into the bottom-right corner.

Stroud scored his first MLS goal in the 60th minute, taking a pass from Fagundez on a three-on-two breakaway and finding the bottom left of the net after Melia came off his line to challenge.

Johnny Russell cut the Austin lead by a goal in the 65th minute, ripping home a pass from Luis Martins into the corner of the net past Austin keeper Brad Stuver. Russell has now recorded a goal or an assist in 10 straight matches for Kansas City.