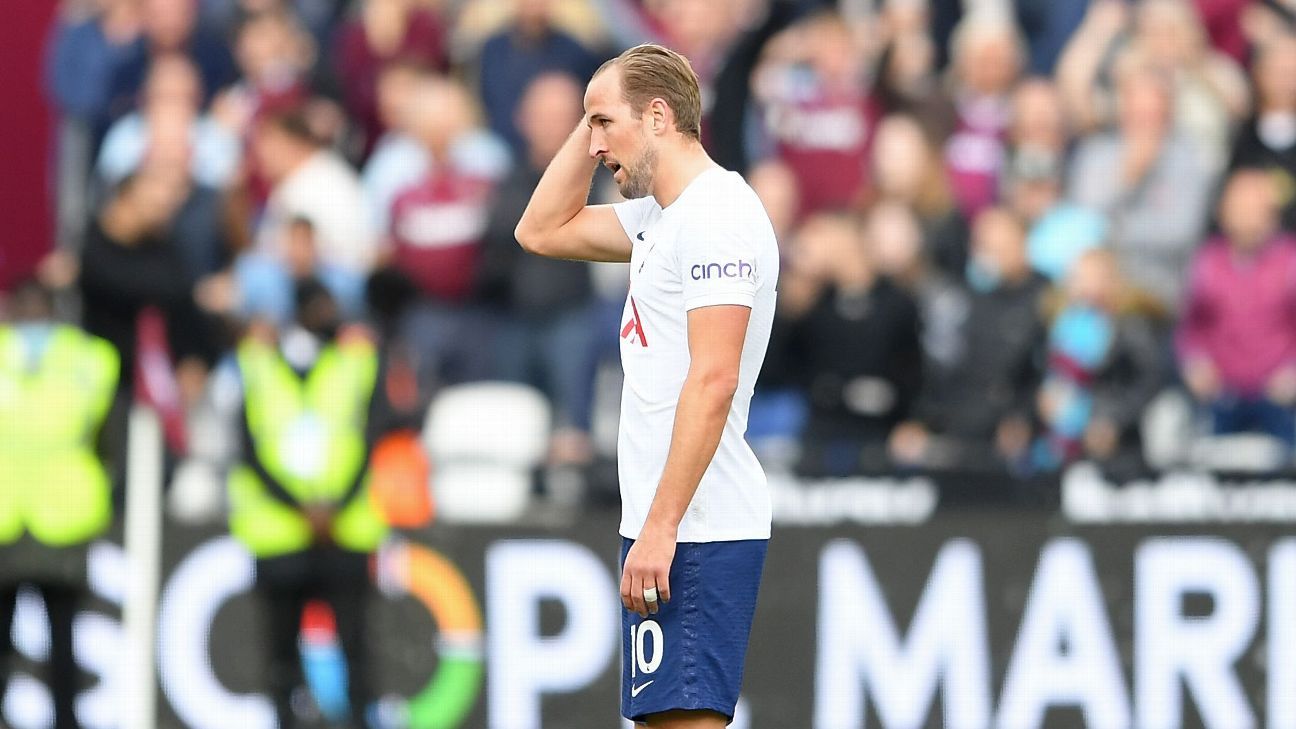 TOP STORY: Kane to stay at Spurs after Conte appointment

Tottenham‘s appointment of manager Antonio Conte will be enough to persuade striker Harry Kane to stay at the club long-term, says The Sun.

Kane, 28, informed Spurs of his desire to leave in May and was linked with a move to Manchester City. However, no club offered the £150 million fee required by Spurs chairman Daniel Levy and though Kane was angry because he believed a verbal agreement to allow him to leave had been broken, the England captain performed a U-turn and insisted he would be staying “this summer.”

The reading of that statement was very much that Kane would try and move on in 2022, despite his contract ending in 2024, but now he seems content to stay under Conte’s leadership.

Tottenham will reportedly be handed £150m to bring in some new players over the coming months and Kane is delighted that Conte was brought in following Nuno Espirito Santo‘s sacking. However, the true test of the striker’s loyalty will come in Spurs’ ability to challenge for the top four of the Premier League.

09.49 GMT: Villarreal are close to tying down teenage winger Yeremy Pino to a new, long-term contract to fend off interest from Real Madrid, Diario AS reports.

Pino, 19, has become a key member of Unai Emery’s team over the last year, and made his first senior international appearances in Spain’s Nations League games with Italy and France.

Last month he made the 20-player shortlist for Tuttosport’s 2021 Golden Boy award for the best European player under the age of 21.

AS claims that Real Madrid “have [Pino] on their agenda and have been following him very closely for some time” but Villarreal and the player have now agreed terms on a new deal until 2027 with an €80m release clause, which could be made official during the next international break.

England international Johnstone, 28, is out of contract at The Hawthorns in the summer, and West Brom plan to step up contract talks in the new year.

“From January we will start to go more intensively in the discussion but at the moment we’re all focused on the pitch, on the performances,” West Brom manager Valerien Ismael said. “We know what we have to do to give ourselves a good position for the negotiation with him.

“It’s a patient game now, like a chess game. He wants to see. For sure, we want to extend and, at the minute, I’m not worried, it’s a normal process.”

Johnstone, who has won three caps for England, has helped West Brom to third in the Championship this season ahead of Wednesday’s match against Hull City.

08.00 GMT: Villarreal manager Unai Emery has confirmed Newcastle United are interested in appointing him as their new coach but says the Premier League side have not yet made an official offer.

“[Newcastle] have shown an interest but there’s no offer,” Emery told reporters. “If there was, it would have to be via the club. I am focused on Villarreal and preparing for Sunday’s game against Getafe.”

He refused to shut the door on a return to England when asked if he would consider an offer to move to Newcastle if there was an agreement between the two clubs.

“In that hypothesis, I would speak with [president] Fernando Roig,” he added. “I would show respect to the squad and the club. I am not closing or opening doors. I have not said no to the interest.”

However, Spanish journalist Guillem Balague told the BBC later on Tuesday that former Paris Saint-Germain and Arsenal boss Emery will turn down to opportunity to go to St James’ Park should Newcastle make an offer.

Shaka Hislop and Dan Thomas react to Manchester United’s 2-2 draw with Atalanta and question whether fans should be happy with the club’s performance.

– Manchester United‘s Paul Pogba would prefer to return to Juventus despite interest from both Paris Saint-Germain and Real Madrid, according to Gazzetta dello Sport. The 28-year-old midfielder is set to be out of contract at the end of the season, and with no movement regarding fresh terms with United, it looks as though Juve have been given the green light to begin talks with their former star.

– Ousmane Dembele could be set for a U-Turn on his proposed move away from Barcelona, writes Sport. It is reported that the 24-year-old winger wants to stay at Camp Nou, and has informed his agents to get his contract situation resolved. And after being excluded from first-team activities over stalling on a new deal, Dembele made his return in Barca’s 1-0 Champions League win over Dynamo Kiev on Tuesday.

– Fulham star Fabio Carvalho has turned down his latest contract offer amid interest from Real Madrid. That’s according to the Sun, who writes that the 19-year-old attacker received a “massive” offer, and is now unlikely to receive another one with his deal up at the end of the season. Carvalho has featured six times this season, directly contributing to four goals in the Championship.

– Nicolo Schira reports that Internazionale plan to get Marcelo Brozovic‘s contract resolved by Christmas, with the club planning to offer him a four-year extension until 2025 to dissuade interest from clubs around Europe. The 28-year-old midfielder’s deal runs out at the end of the season, and he is one of the players who has been linked with a move to Tottenham Hotspur after the appointment of Antonio Conte.

– The Telegraph has revealed that Wolverhampton Wanderers are looking to sign Hwang Hee-Chan on a permanent deal. The 25-year-old forward is currently on loan from RB Leipzig, but has settled in quickly at Molineux, with four goals to his name in the Premier League. It is reported that a fee of £14 million will be required to secure his services on a permanent basis.

– Empoli‘s Nedim Bajrami is attracting interest from the Bundesliga, according to Nicolo Schira, with clubs considering a potential transfer approach next season. The 22-year-old has earned four caps for Albania and he has been in impressive form this season, contributing to four goals in 10 appearances, including a standout performance and when Empoli defeated Juventus 1-0 back in August.