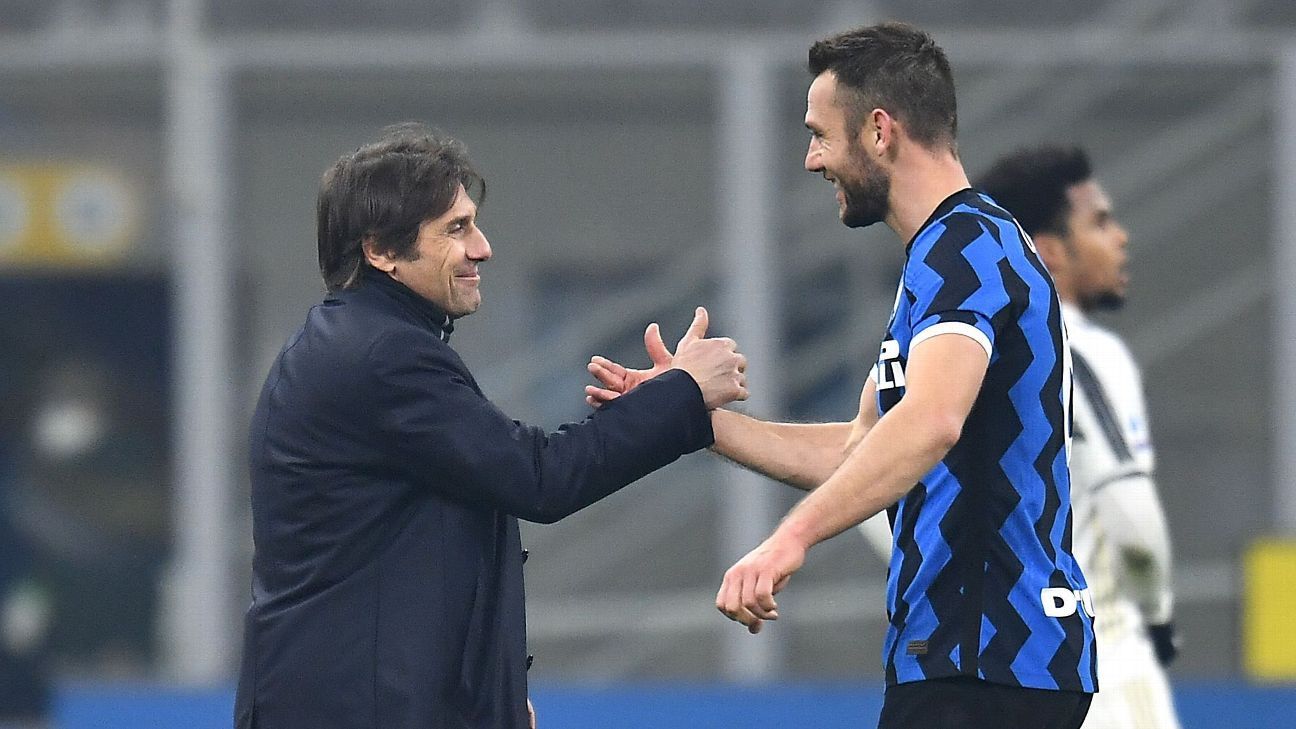 TOP STORY: Spurs to back Conte with €280m war chest

Tottenham Hotspur have reportedly prepared a list of winter reinforcements as they look to utilise a €280 million budget on a number of Serie A stars to bolster the squad.

Calciomercato writes that four players have been identified as potential targets, with additions set to be made across all areas of the pitch.

The most expensive on the list is Dusan Vlahovic, the Fiorentina star who has attracted interest from the likes of Juventus and Paris Saint-Germain in recent months. The 21-year-old striker scored a hat trick in his last game against Spezia, continuing form that has seen I Viola demand €80m for his services.

And with former Nerazzurri boss Antonio Conte set to take the Spurs helm as new manager, the Premier League club are also keen on two Internazionale stars in Stefan de Vrij and Marcelo Brozovic. The pair won the Serie A title with Conte last season, which could be a deciding factor in them swapping the San Siro for Tottenham Hotspur Stadium.

Alessio Romagnoli is the final player reported to be on the radar of Spurs, and the club could be able to negotiate a cut-price deal for his services, with talks between AC Milan the defender making little progress on a new contract that is set to expire next summer.

08.00 GMT: Ole Gunnar Solskjaer has sent a message to his Manchester United players to put the team before themselves to ensure they build on their impressive victory against Tottenham Hotspur.

United face Atalanta in Bergamo on Tuesday having bounced back from their 5-0 defeat to Liverpool with a comprehensive 3-0 win at the Tottenham Hotspur Stadium on Saturday.

Solskjaer rejected the suggestion the result was evidence his team have turned a corner after a run of five defeats in nine games but the Norwegian has called on his squad to pull together in an effort to create some much-needed momentum.

“When you’re at a place like this, we’ve got so many players and we don’t have time for anyone to sulk or not give energy to the team,” Solskjaer told a news conference on Monday. “If you’re not in the starting XI you’re there to support your teammates and you come on and do your best when you come on; if you don’t come on then what’s the single most important thing you can do to help the team? And the attitude was spot on.

“Yeah, I understand players want to play and nobody is happy when they don’t play. But the squad morale has been really good and it has to be really good. It can’t be that we’ve done one game now and then everyone is thinking about themselves. It’s a team before any individual.”

– Erling Haaland could be closer to a move to Barcelona, with El Nacional reporting that his agent Mino Raiola wants him to join the Blaugrana due to his good relationship with Joan Laporta. The 21-year-old forward’s future has been linked with Europe’s elite clubs throughout the season and, with his release clause at €75m next season, Barcelona could find a way to strike a deal next summer.

– Arsenal are preparing a bid for Luka Jovic in January, according to Ekrem Konur. The club have been linked with a number of strikers in recent months, and it is reported that they will offer €25m to Real Madrid for the signature of the 23-year-old striker. Jovic signed for the club in 2019 but has since been unable to become a regular in the first team, with Karim Benzema the preferred No. 9 option for Carlo Ancelotti.

– FourFourTwo writes that Donny van de Beek could make the switch to the Emirates due to a family connection. Rumours surrounding the future of the 24-year-old midfielder are beginning to heat up as we edge closer to the start of the January transfer window and, with Arsenal set to lose Thomas Partey to the African Cup of Nations, Van de Beek is seen as a possible reinforcement with his future looking more uncertain at Manchester United.

– AS Monaco‘s Chrislain Matsima could be set to leave the Ligue 1 club, with RMC Sport revealing that contact has already been made from the Bundesliga regarding a potential move for the 19-year-old defender. He has made just one start from right-back this season, and it is reported that Monaco would be open to allowing him to leave on loan to gain more playing time.

– Gonzalo Villar is set to leave Roma in the winter transfer market, writes Nicolo Schira. Real Betis and Valencia are the two clubs who have initiated contact so far over a potential deal, with both clubs interested in a loan. The 23-year-old midfielder featured 33 times in Serie A last season, registering one assist.