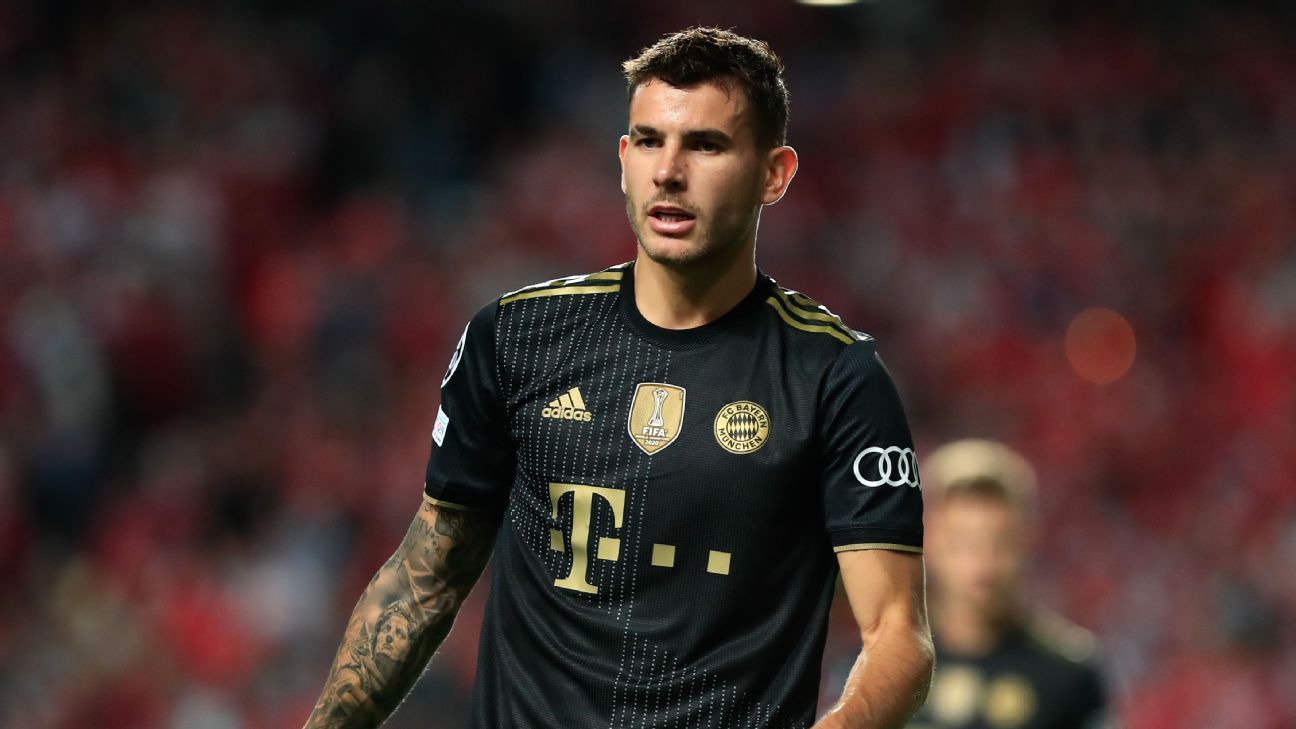 Bayern Munich defender Lucas Hernandez will not be going to prison in Spain after a court upheld his appeal against a six-month sentence for disobeying a restraining order following a 2017 conviction of domestic violence against his wife.

The France international was given until midnight on Thursday, Oct. 28, to enter prison voluntarily but Section 26 of Madrid’s provincial court ruled on Wednesday that the sentence has been suspended and he will have to pay a €96,000 fine instead.

“Regarding his family and social circumstances, it has been highlighted in the appeal that the convicted person lives with Mrs. de la Osa and their son, without any new incidents between them being recorded,” court documents said.

While Hernandez has two previous convictions, court documents added that a sentence can be suspended “when looking at the personal circumstances of the inmate, the nature of the fact, their conduct and, in particular, the effort to repair the damage caused.”

Should Hernandez commit another offence over the next four years, the suspension will be revoked and the sentence will be imposed.

Hernandez appeared in a court in Madrid last week after being summoned and was given 10 days to enter prison voluntarily but appealed.

In February 2017, he was sentenced to 31 days community service for assaulting his then girlfriend and now wife, when he played for Atletico Madrid.

He was also given a restraining order preventing him from being within 500 metres of his partner, who was also given 31 days community service for violence, assault and damage to property.

Hernandez was arrested in June 2017 for defying the restraining order after landing in Madrid along with his wife following their marriage and honeymoon.

He made his professional debut for Atletico in 2014 before joining Bayern in 2019 for €80 million.

He has made 29 appearances for France, winning the 2018 World Cup and the 2021 UEFA Nations League trophy.