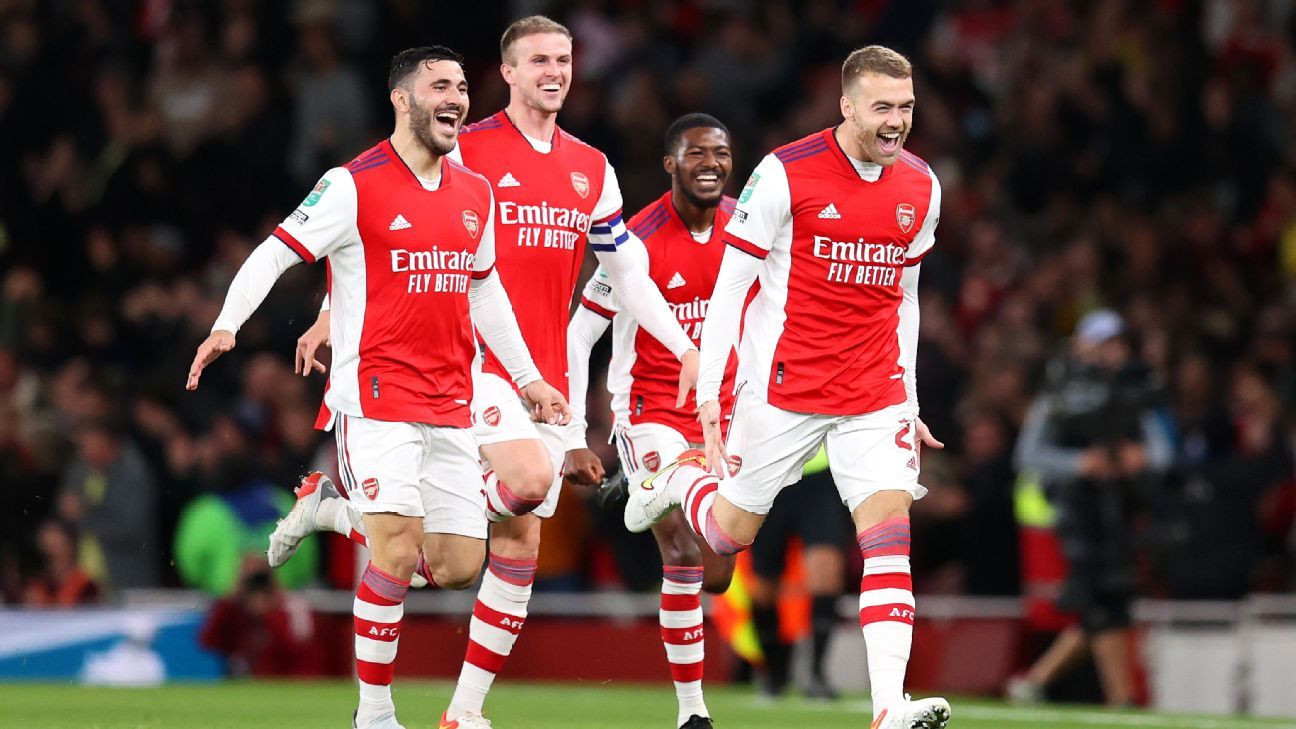 Arsenal moved into the Carabao Cup quarterfinals with a victory over fellow Premier League side Leeds United.

Arsenal eased through with second-half goals from Calum Chambers and Edward Nketiah in a 2-0 win over struggling Leeds.

Chambers opened the scoring in the 55th minute, 23 seconds after coming on as a substitute. The defender’s header looked to have been saved by Illan Meslier but goal-line technology ruled that the ball had crossed the line.

The Gunners’ second came in the 69th from a poor header back by Liam Cooper which left Meslier stranded as Nketiah rounded the keeper and his mis-hit shot from a tight angle just rolled into the corner.