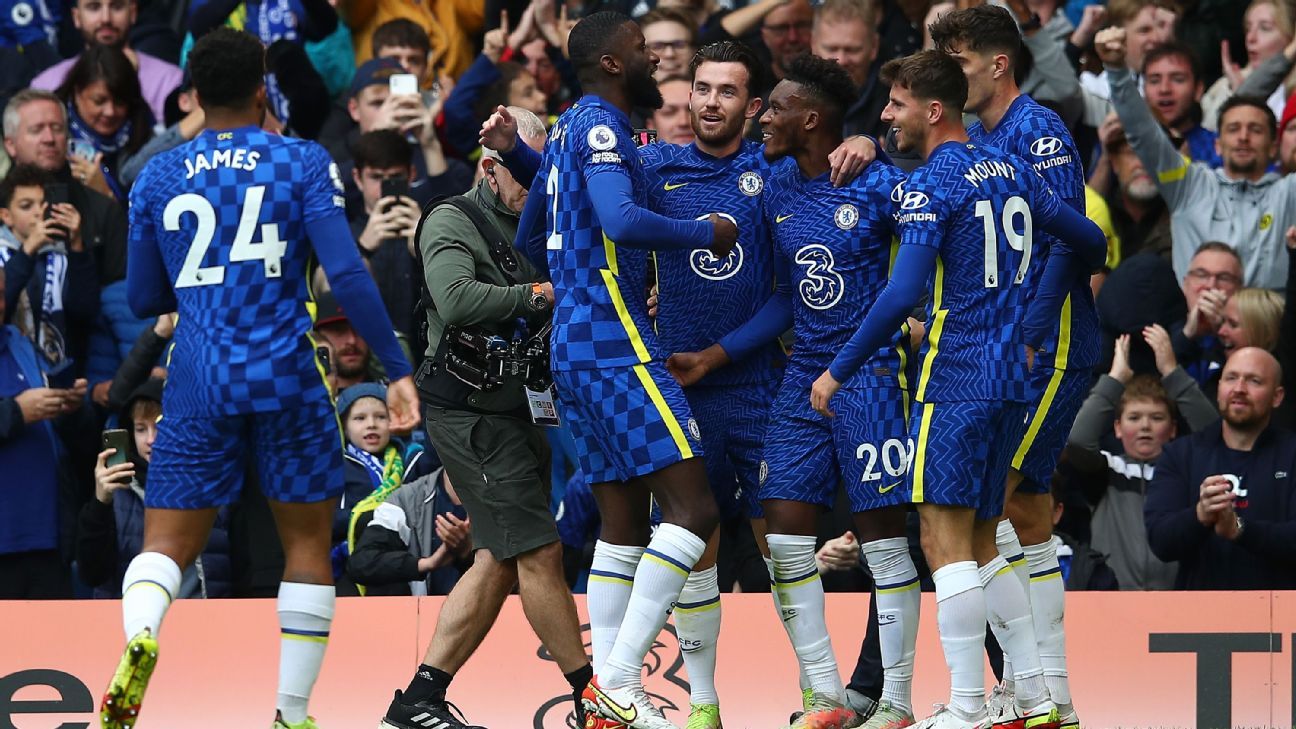 Chelsea have retained their place at the top of the Premier League thanks to a hat trick by Mason Mount with a resounding 7-0 win over 10-man Norwich City at Stamford Bridge on Saturday.

The hosts were without first-choice strikers Romelu Lukaku and Timo Werner, who both sustained injuries in Wednesday’s Champions League win over Malmo FF.

Midfielder Mount opened the scoring on eight minutes with a drilled shot from the edge of the 18-yard-box into the bottom left-hand corner as the visitors struggled to keep pace with the league leaders.

Chelsea’s advantage doubled minutes later as winger Callum Hudson-Odoi, who was making his third league start of the season, slotted past Norwich goalkeeper Tim Krul. Defender Reece James added a third just before the break as he careered down the right-hand side before chipping home from six yards out.

Thomas Tuchel’s side continued to dominate in the second half, and defender Ben Chilwell took advantage, scoring for a third-consecutive Premier League game with a left-footed strike from the edge of the 18-yard-box.

Norwich’s day went from bad to worse when defender Max Aarons scored an own goal on 62 minutes and then Ben Gibson was sent off shortly after.

Chelsea were awarded a penalty on 82 minutes for a handball which Mount took but was saved by Krul. However, the penalty was retaken after it was shown that the Dutch goalkeeper had encroached on the line.

Mount made no mistake with his second attempt and powered it past Krul. He added his third deep into added time with a shot straight down the middle of Norwich’s goal.