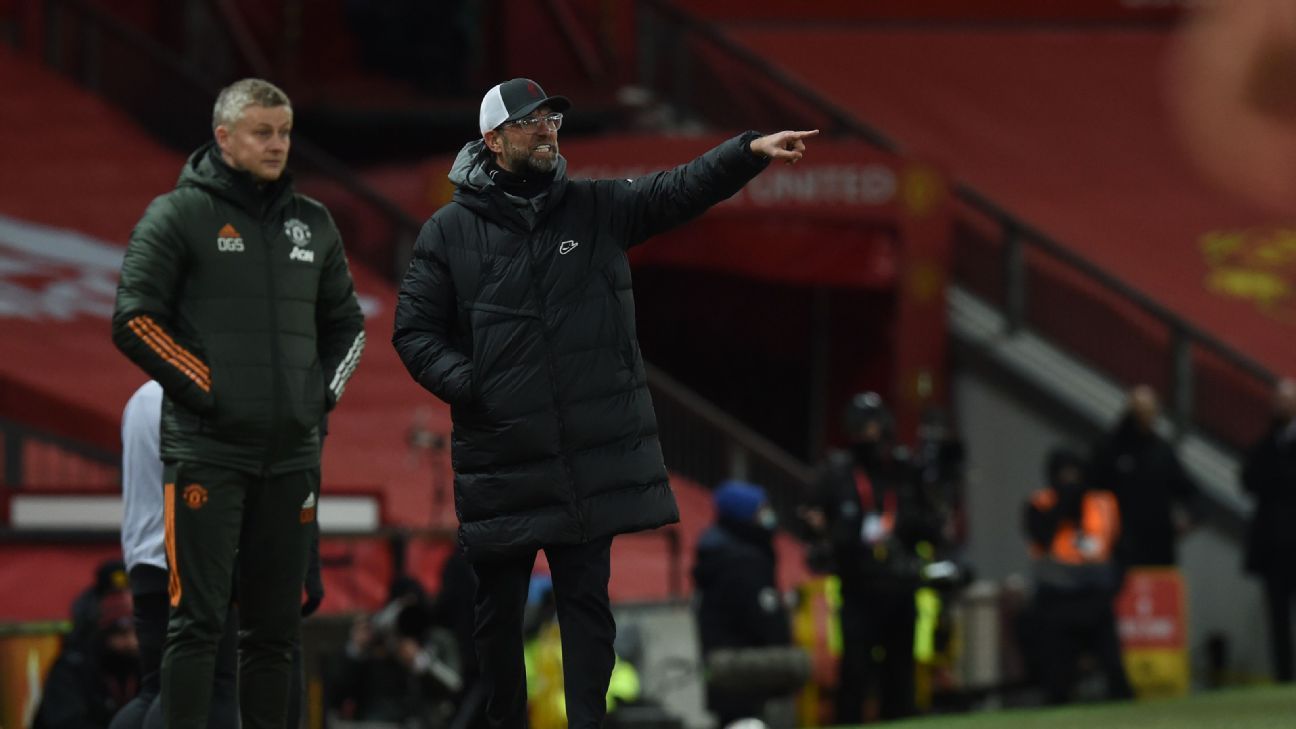 Liverpool manager Jurgen Klopp has reignited his penalty row with Manchester United‘s Ole Gunnar Solskjaer ahead of Sunday’s Premier League clash at Old Trafford by saying United are given a “quite exceptional” number of spot-kicks by referees.

Klopp claimed last January, following the failure of the referee to award a penalty during a defeat at Southampton, that United “had more penalties in two years than I had in five-and-a-half years.”

Last season alone, United were awarded 11 Premier League penalties compared to Liverpool’s six, but since the start of this 2021-22 campaign in August, both teams have been awarded one penalty in the league.

A perceived reduction in penalties awarded to his team prompted United manager Solskjaer to claim last month that he noticed a “big difference” in spot-kicks being given to his team in the wake of Klopp’s comments.

But speaking at his prematch press conference on Friday, Klopp re-stated his belief that United are given a disproportionate amount of penalties in comparison to Liverpool.

“I have nothing really to say about it, but I think in between what Ole said and what I said, they had five penalties and we had two,” Klopp said.

“Still, we all know that the refs cannot be influenced by things like that. But having the amount of penalties United had is quite exceptional.

“They are really good, they go in the box, they have these kind of situations. But we have them as well and got not even a similar amount of penalties. But it’s facts, it’s done. Nothing else to say about it.”

Liverpool travel to United with midfielder Thiago Alcantara ruled out due to injury. Curtis Jones has returned to training and will be in the squad, however.

Despite former United midfielder Paul Scholes saying on Wednesday that Klopp would be “rubbing his hands” at the prospect of facing Solskjaer’s team following the defensive issues during the 3-2 Champions League win against Atalanta, Klopp said that Sunday’s game will be a test of his team’s credentials.

“Not one second was I rubbing my hands,” Klopp added. “There was no reason for it.

“Atalanta caused United some first-half problems, but United had three clear chances in the first-half and second-half was a pure power presentation of the quality United have.

“They can cause problems, so no, I wasn’t rubbing my hands. I prepare my team for a tough game against a really tough opponent.

“We all know how football is. United is a massive game, we know they are able to do incredible stuff, but we try to focus mainly on ourselves.”