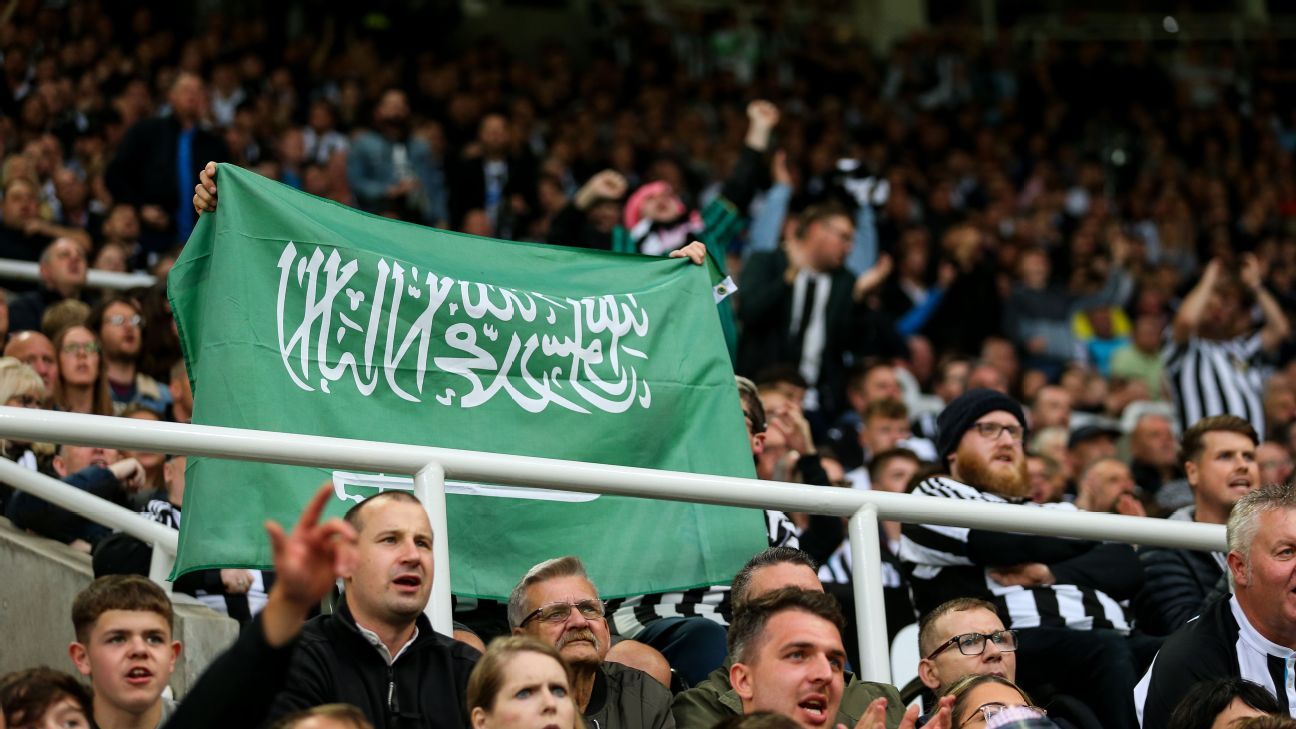 Newcastle United have urged fans to refrain from wearing outfits or head coverings inspired by traditional Arabic attire at games and warned that it could be interpreted as “culturally inappropriate.”

A number of supporters turned up in robes and head coverings for Newcastle’s home clash against Tottenham Hotspur at the weekend, the first match since the club was bought by a Saudi Arabia-led consortium in a deal worth over £300 million earlier this month.

“No-one among the new ownership group was in any way offended by the attire of the fans who chose to celebrate in this way. It was a gesture that was acknowledged as positive and welcoming in its intent,” the club said in a statement on Wednesday.

“However, there remains the possibility that dressing this way is culturally inappropriate and risks causing offence to others.”

“All visitors to the club are… encouraged to wear whatever is the norm for their own culture or religion, continuing to reflect the broad and rich multicultural communities and groups from which the club proudly draws its support.”

Equality and inclusion group Kick It Out are reportedly planning to offer education workshops in Newcastle to supporters to explain how impersonating Arabs could be considered racist or culturally insensitive.

Earlier on Wednesday, Newcastle announced that manager Steve Bruce had left the club by mutual consent, with his assistant Graeme Jones set to take charge on an interim basis. Sources have told ESPN that former Chelsea boss Frank Lampard and ex-Roma coach Paulo Fonseca are being considered for the role.

Jones’ first game in charge will be an away trip to Crystal Palace on Saturday.

Meanwhile, Newcastle have provided an update on the supporter who collapsed during the defeat at Tottenham on Sunday. The match was briefly suspended after Alan George Smith, 80, collapsed in the stands, which led to both sets of players being taken off the pitch before half-time.

“The family of Alan George Smith, the fan who required urgent medical care at St. James’ Park on Sunday, have released a statement updating supporters on his condition,” the club said in a statement on social media.

“He is now fully alert and is up and walking about but remains in hospital while further tests are carried out.”