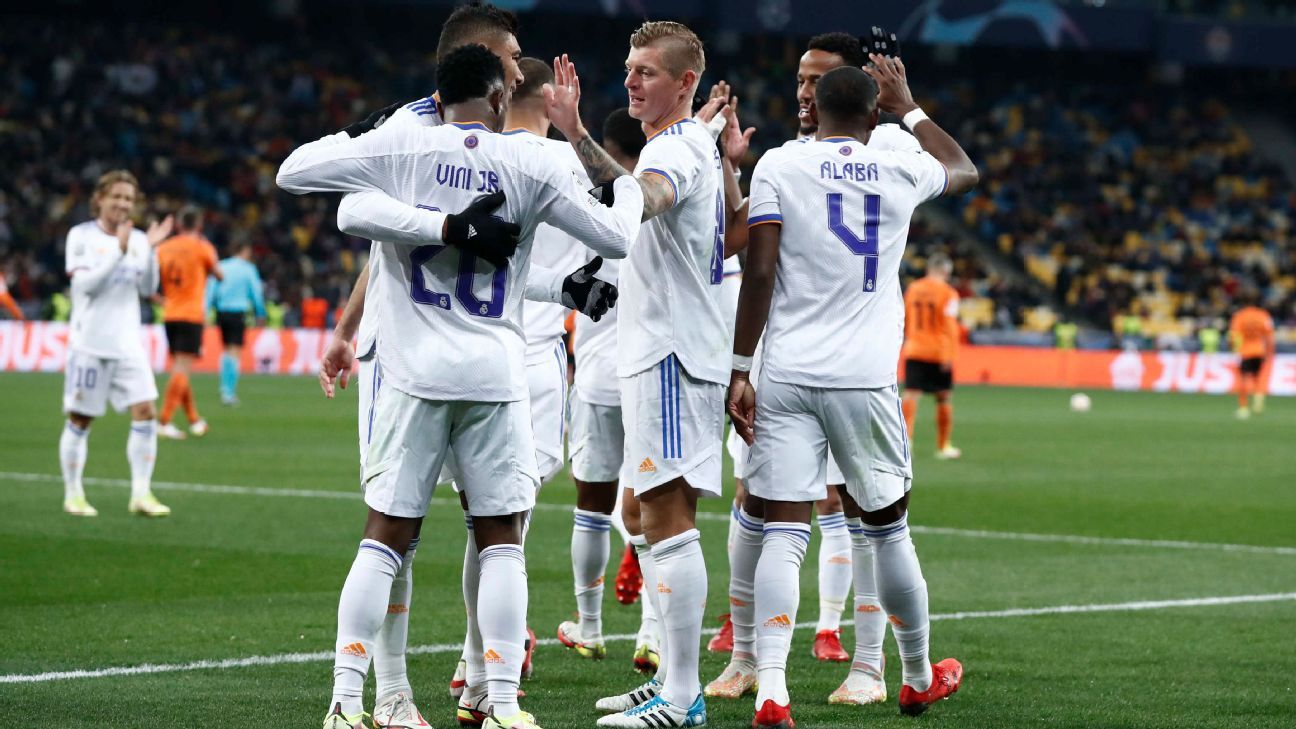 Real Madrid coach Carlo Ancelotti praised his team’s performance in their 5-0 Champions League away win at Shakhtar Donetsk but admitted it will be “another story” against Barcelona in El Clasico this weekend.

Vinicius Junior scored twice on Tuesday night, with Rodrygo and Karim Benzema also on the scoresheet — after a first half Sergey Kryvtsov own goal — to put Madrid level on six points with Sheriff Tiraspol at the top of group D.

FC Barcelona vs. Real Madrid — arguably the greatest rivalry in international soccer — is back on Sunday, Oct. 24, at 10:15 a.m. ET. Sign up now to stream ElClásico on ESPN+

“It’s difficult to highlight one player, everyone did well,” Ancelotti said in his post-match news conference. “We defended well, we were focused from the start, we applied our strategy. The team were dangerous on the break. It’s a game which gives us confidence, that’s normal, but against Barcelona it’s another game and another story.”

Madrid had struggled in their previous matches before the international break, going three games without a win in all competitions including a 2-1 home defeat to Sheriff at the Bernabeu.

They travel to Camp Nou on Sunday second in the LaLiga table, two points ahead of Barca.

“We like these games, the big games, like the Champions League and playing against Barca,” Vinicius said. “We’re calm, we’ll do well there too. Now we have to rest and enjoy this win.”

The Brazil winger, 21, already has seven goals in all competitions this season — more than he managed in all of 2020-21.

“He’s doing very well,” Ancelotti said. “He’s scored a lot of goals, and he’s enjoying the work he’s done to get there. At the end of this game he was fresh, he made a lot of sprints. He has more efficiency in front of goal.”

“It was an important game after the defeat at home,” he said. “We played well, we scored goals, we didn’t concede, it’s a good result for us… It’s good for confidence for everyone. We’ll enjoy this and then think about Sunday’s game.”