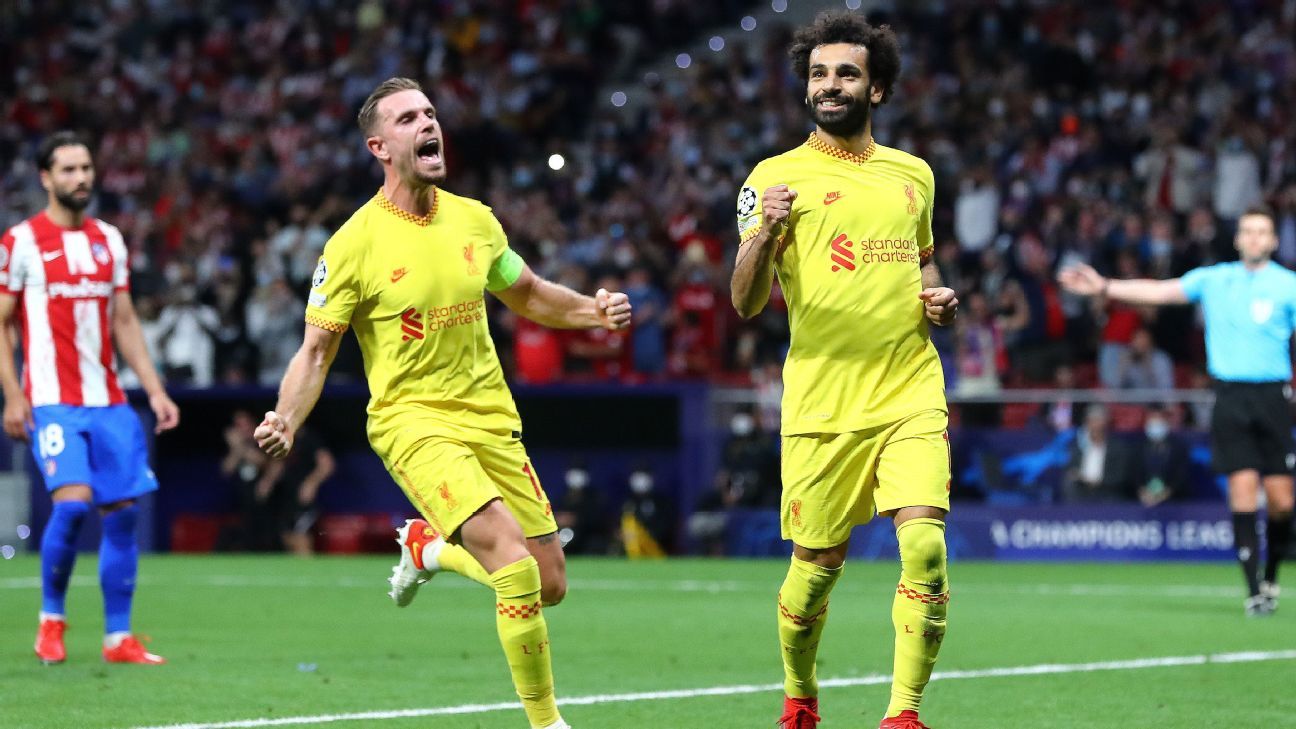 Liverpool secured a thrilling 3-2 victory over Atletico Madrid in the Champions League on Tuesday at the Wanda Metropolitano.

A Mohamed Salah brace and a Naby Keita volley sealed the points for Jurgen Klopp’s side to make it three consecutive wins in the competition.

Atletico fought back from a 2-0 deficit through Antoine Griezmann in the first half before the forward was shown a straight red card after the break.

Liverpool can seal qualification into the knockout stages with a win when they welcome the LaLiga side to Anfield in two weeks’ time.

“A tough game which we expected,” Klopp told BT Sport. “We did surprisingly well at the beginning. Did we expect it to be that defensive? Probably not. It was not so easy. We scored two wonderful goals then played good football.

“We played a really solid second half in a tough game with intense football from both teams. We got the penalty, then there was a red card and obviously it was in our favour.”

Liverpool started brightly and went ahead after eight minutes when Salah danced past four defenders before his strike deflected in off Geoffrey Kondogbia.

The visitors doubled their lead four minutes later when Keita struck a stunning volley from outside of the area past Jan Oblak.

Atletico responded well and grabbed a goal back after 20 minutes as Griezmann tapped home from Koke‘s shot.

The France international equalised in the 34th minute after skipping past Virgil van Dijk and slotting the ball past Alisson.

Liverpool needed Alisson to deny Joao Felix and Thomas Lemar to keep the score level before the break.

Atletico were reduced to 10 men shortly after the break when Griezmann inadvertently caught Roberto Firmino with a high foot.

Liverpool gained the upperhand afterwards and were awarded a penalty after Mario Hermoso brought down Diogo Jota inside the area and Salah converted from the spot.

Moments later, the referee awarded a penalty to Atletico after Jota was adjudged to have fouled Jose Gimenez but the official changed his mind after checking the pitchside monitor.

The hosts fought hard to rescue a draw but Liverpool held on to seal a famous away win in Europe.

When Atletico coach Diego Simeone was asked about Griezmann’s sending off, he replied: “Last week or the week before when we played in Milan it happened to them, it’s football, the referee can interpret it as he did, and we interpret it another way, that’s why we were complaining. But the important thing is what the referee saw, a sending off.”

Simeone also explained to a postmatch news conference why he refused to shake Klopp’s hand after the match: “Normally I don’t shake hands after the game, I don’t like it.