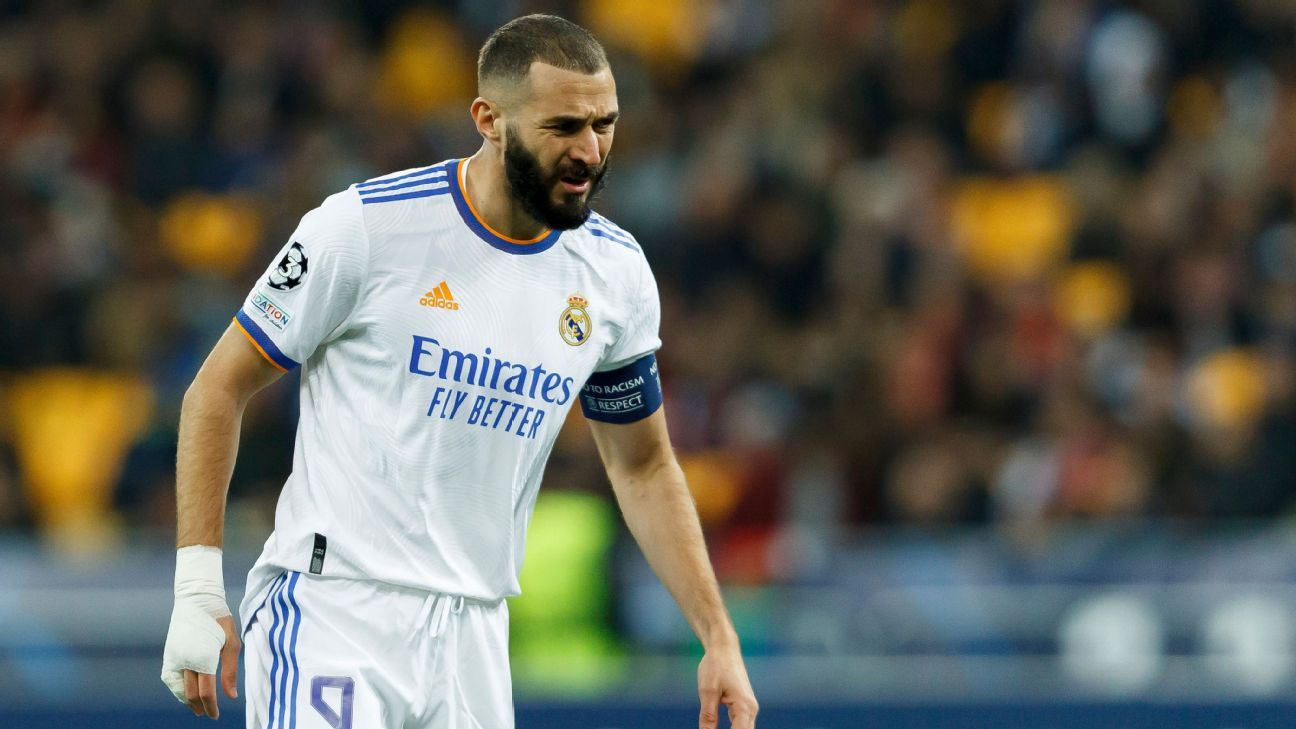 France and Real Madrid forward Karim Benzema went on trial in absentia on Wednesday, charged with complicity in the attempted blackmail of former international teammate Mathieu Valbuena over a sex tape.

Prosecutors allege that Benzema, who has denied wrongdoing, encouraged Valbuena to pay a suspected group of blackmailers in order to keep the sexually explicit tape out of the public eye.

They say Valbuena received a first call threatening to expose the tape in June 2015 while at the French squad’s training centre in Clairefontaine, west of Paris.

Valbuena told the court in nearby Versailles on Wednesday that it was clear the caller wanted money, and that the blackmail attempt left him fearing for his career and place in the national squad.

Benzema was not in the court for the start of the trial because of professional obligations, said his lawyer, who has described the case against him as “absurd.”

The 33-year-old, who has played 92 times for his country and was recalled to the France squad for this year’s European Championship, played in Ukraine on Tuesday night in his club’s 5-0 Champions League group stage win over Shakhtar Donetsk.

Benzema and Valbuena both lost their places in the national team in the wake of the scandal, dubbed the “sex tape affair.”

According to prosecutors, Valbuena’s anonymous first caller said he wanted to “come to an arrangement” with Valbuena and told him to name an intermediary.

“We’ve had this case for six years. I see that everyone is there [in court] … almost. Karim [Benzema] is missing,” Valbuena said.

“It’s a shame but that’s how it is. We are going all the way. We have been waiting for six years. We will be there for as long as it takes for all of this to be behind me.”

The blackmailers initially turned to former France international Djibril Cisse to persuade Valbuena to pay the hush money. Instead, Cisse warned him of the extortion plot, Valbuena said.

An undercover police officer posed on Valbuena’s behalf as a middleman and recorded phone conversations between June and October 2015 that helped identify the alleged blackmailers, according to prosecutors.

Benzema was recruited by the alleged blackmailers to encourage Valbuena to pay as his teammate stalled, they allege.

Among Benzema’s co-accused are his childhood friend Karim Zenati, who allegedly acted as an intermediary, and Mustapha Zouaoui, one of the suspected architects of the scam.

Zouaoui told reporters he had received the sex tape and shared it with Benzema and other members of the France team, but said there had never been an attempt to extort money from Valbuena. “We kept the tape for ourselves,” he said before the trial opened.