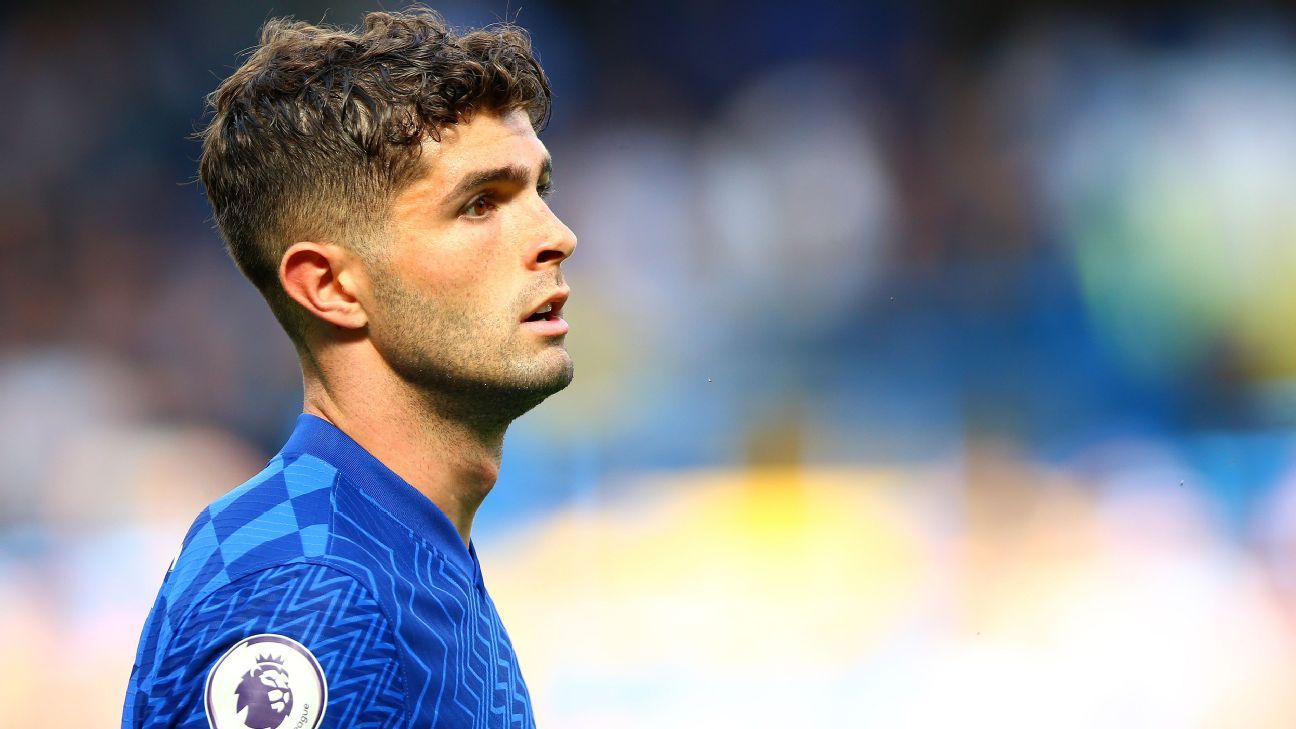 Chelsea boss Thomas Tuchel has said Christian Pulisic is “really suffering” after a series of setbacks in his recovery from an ankle injury but offered hope the United States international could soon return to action.

Pulisic has not featured for club or country since being forced off during the second half of a World Cup qualifier against Honduras on Sept. 8.

The 22-year-old will be the only absentee for Chelsea in Wednesday’s Champions League home game with Malmo, and Tuchel revealed the struggles Pulisic has endured as he bids to make his mark, having made two appearances for the Premier League side all season.

“He got injured during a match with USA,” Tuchel said. “It was a tough foul and he hurt his ankle. There is nothing to worry [about] in terms of that we are hiding details or not telling you details. I cannot give you all the details because I am simply not a doctor.

“At the moment, he has some setbacks from pain, not from major injury or from complications. It is simply the pain in the ankle that disturbs him.

“Right now, we are very, very close. He was already so close to come to team training last week and had a little setback and a little reaction, nothing serious but serious pain. From there, on we go.

“He is very impatient of course. He does everything and we can see him suffer in every meeting and every time we meet him here in our training centre, he is really suffering. He wants to be on the pitch and help us. Everybody is doing their very best but unfortunately the injury takes its time.”

Chelsea survived a second-half onslaught from Brentford last weekend to emerge with a 1-0 win in which €115 million summer signing Romelu Lukaku was substituted after another subdued performance.

Tuchel said Lukaku is labouring due to the cumulative fatigue from an exhausting spell with Belgium, having been knocked out of Euro 2020 at the quarterfinal stage by Italy before losing a dramatic Nations League final to France earlier this month.

“I know how much he wanted to have a good outcome at the European Championship with Belgium and the opposite [happened]. And the Nations League, this was a huge match for him personally, it meant a lot to him. It means a lot to him to play for his country so he takes it really seriously.

“If that does not work well, he always put it on his shoulders. He thinks and reflects about it. I feel him a bit mentally tired. Not hugely like we have a concern but for me he does not fully enjoy without having second and third thoughts. For me is overplayed a little bit and this is the key point.

“Once he finds his rhythm he will find things a bit easier. It is difficult to judge does he really need a break or is it better to keep him on the pitch? The next national break is coming but this is what I feel particularly for him, some other players too.

“Like with [England‘s] Mason [Mount] and [Jorginho], they struggle. They have a lot of weight to carry for their countries. They take it, they love it and they are competitors. If you like it or not, if you play 1,000 matches a year, it can feel heavy although they love the game and they are good guys, this is what I feel between the lines.”