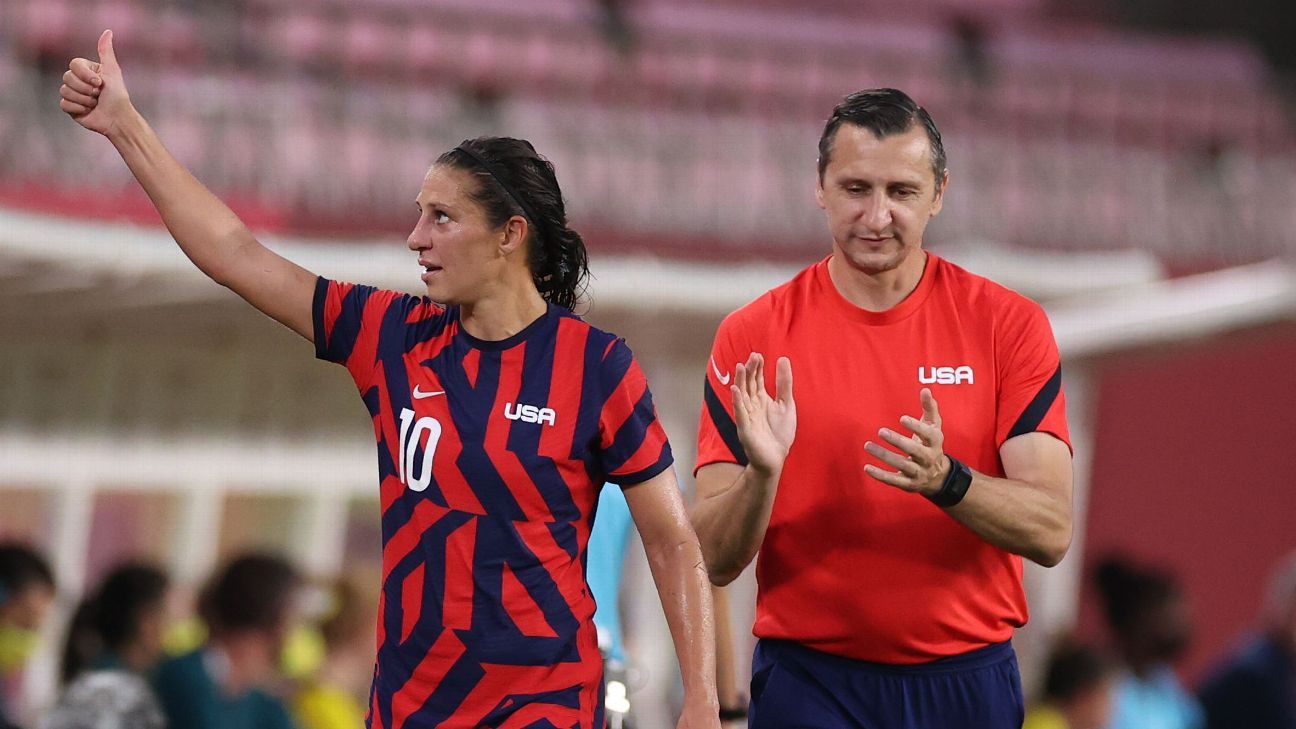 The United States women’s national team has announced its 21-player roster for a pair of friendlies this month against South Korea on Oct. 21 in Kansas City (8 p.m. ET on ESPN2) and Oct. 26 in St. Paul, Minnesota.

It will be the last time that two-time Women’s World Cup winner Carli Lloyd will play with the national team as she will retire from international soccer after these fall friendlies and from club play at the end of the NWSL season.

Forward Megan Rapinoe returns to the roster after missing the September games due to injury. Goalkeeper Alyssa Naeher and midfielders Samantha Mewis and Julie Ertz will join the camp, but they are not yet ready to play as they continue to rehab from injuries. Forward Christen Press and defender Crystal Dunn opted out of the matches, according to U.S. Soccer.

Fox was named to her first roster since matches against Colombia in January at which she earned her fourth cap. Fox also participated in training camp prior to the start of the 2021 SheBelieves Cup.

In retiring, Lloyd puts an end to a storied career as the second-most-capped player in world soccer history with 128 international goals and two Olympic gold medals.

If Lloyd plays in both matches, she will end her career with 316 caps. She is second all-time in caps (314) and third all-time in goals (134), which is where she will finish her career.

Lloyd has scored twice against South Korea, once in 2013 and once in 2019 in the most recent meeting between the teams and the USWNT has faced Korea Republic 13 times and has a record of 10-0-3 all-time in the series.

The most recent meetings with South Korea were in the final games for former head coach Jill Ellis and came after the 2019 Women’s World Cup. The USWNT won 2-0 in Charlotte, N.C. and drew 1-1 in Chicago, with both games taking place in October of 2019.

South Korea, which is ranked 18th in the world, has qualified out of Asia for the past two Women’s World Cups and will be looking to book a place in Australia/New Zealand 2023 via the 2022 AFC Women’s Asian Cup.

With the addition of defender Fox from Racing Louisville FC, all 10 NWSL clubs are represented on the roster.