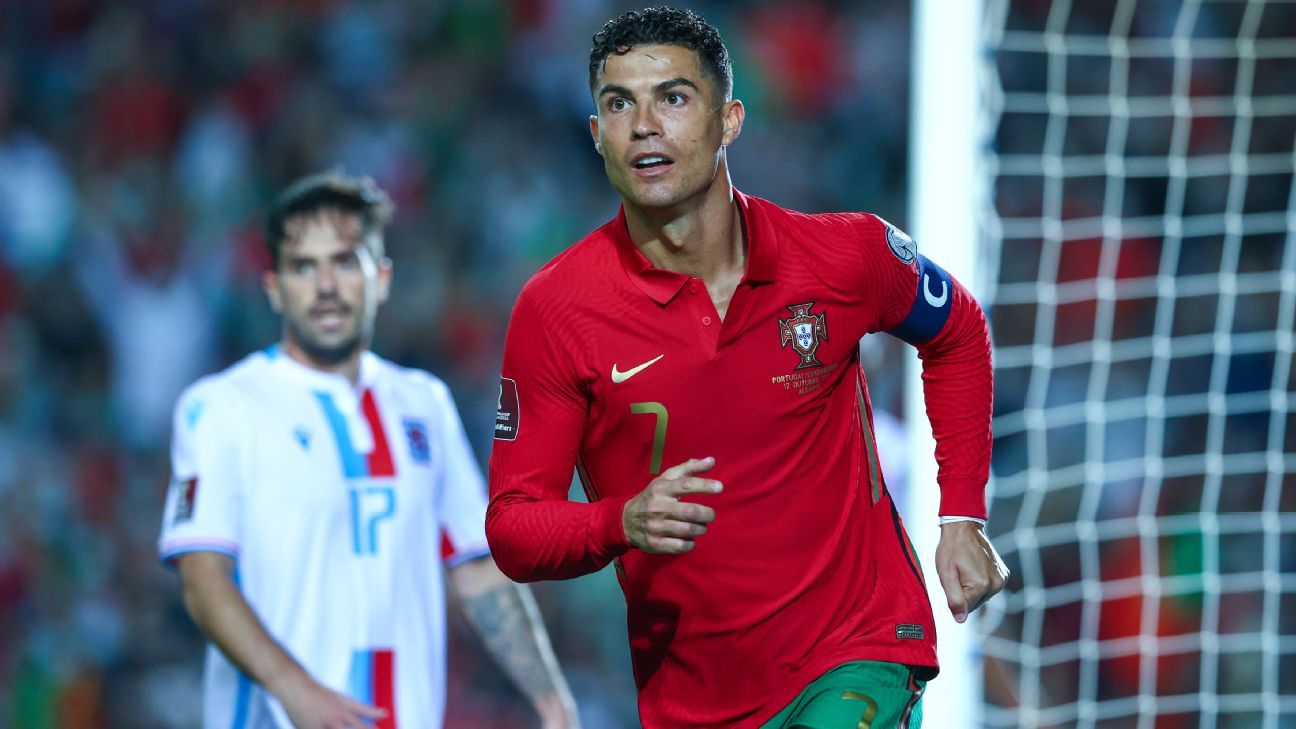 Ronaldo scored two penalties in the opening 13 minutes before completing his treble late in the game to help Portugal clinch a 5-0 win.

The 36-year-old has taken his tally to 115 goals for the national team, while he has now netted 794 senior goals since scoring his first professional goal on Oct. 7, 2002.

“Another victory, another step towards our goal, another historic night in defense of our colours!” Ronaldo said in an Instagram post.

“I had promised that I would always be looking for more and more and more! It is in my DNA and in our DNA, we are never satisfied, we never let our arms down and we will always fight for everything we can achieve!”

The Portugal captain recently spoke about his “ambition to motivate and do better” after overtaking Iran’s Ali Daei as the top men’s career international goal scorer.

Ronaldo, who is Real Madrid‘s all-time goalscorer with 451 goals, won the “Pichichi” award as the top goalscorer in LaLiga three times.

Since returning to United, where he won the award as top Premier League scorer in 2008, Ronaldo has scored five goals and was voted as the league’s player of the month for September.

Ronaldo is in contention for his sixth Ballon d’Or after being named among the 30 nominees for the prestigious award.