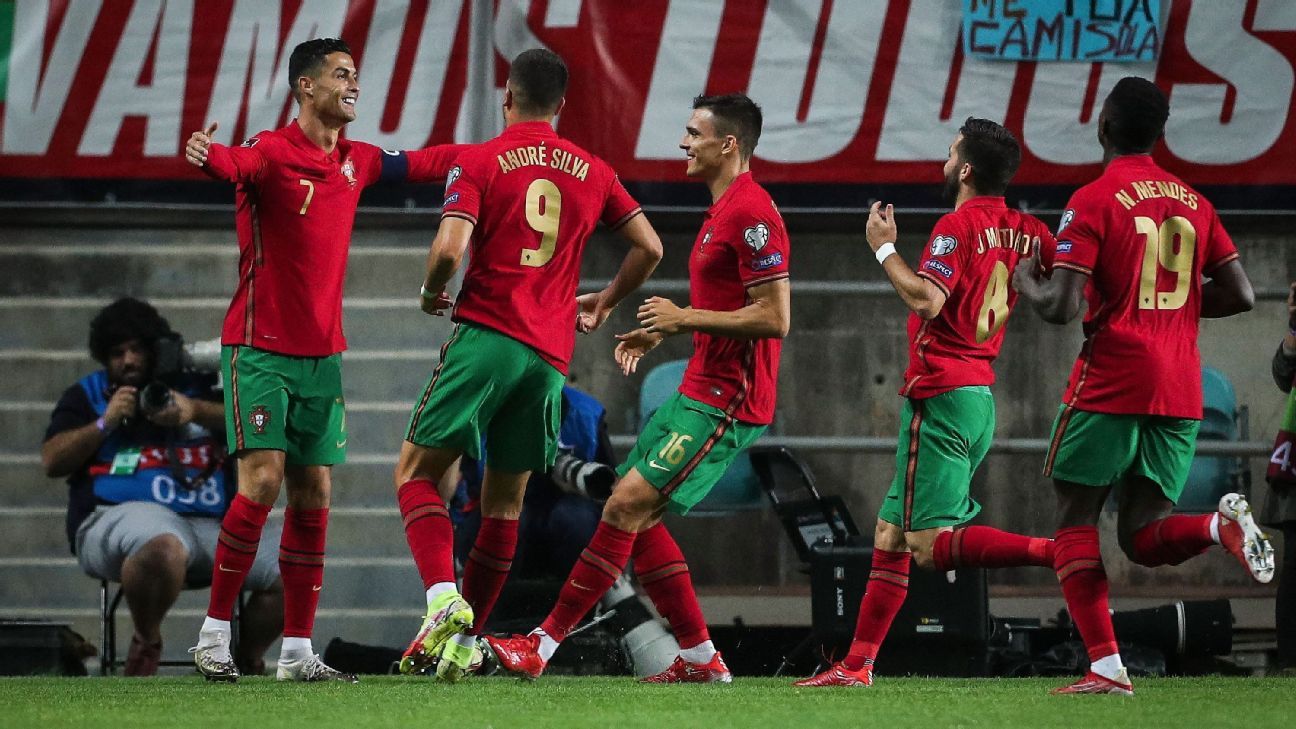 A Cristiano Ronaldo hat-trick helped Portugal stroll to a 5-0 win over Luxembourg in World Cup qualifying Group A on Tuesday. The victory ensures Portugal remain a point behind group leaders Serbia, who moved onto 17 points with a 3-1 home win over Azerbaijan, and boast a game in hand as well as superior goal difference with two rounds of matches remaining.

Portugal had the game all but won within the opening 18 minutes as they raced to a three-goal lead. Ronaldo struck twice from the penalty spot in the 8th and 13th minutes: the first was awarded for a foul on Bernardo Silva by Sebastian Thill, though replays appeared to show the contact came outside the box.

For the second penalty, Ronaldo was fouled by goalkeeper Anthony Moris and after converting, he was forced to take it a second time as Andre Silva was judged to be encroaching in the area.

Five minutes later, Ronaldo’s Manchester United teammate, Bruno Fernandes, made it 3-0 as he fired in following good work from Bernardo Silva. Midfielder Joao Palhinha added a fourth with just over 20 minutes to go, converting after Ronaldo’s overhead kick effort was saved, before Ronaldo netted his 10th treble for his country — and his first in over two years — just three minutes from time with a header from close range, assisted by Ruben Neves.

In the November window, Fernando Santos’s Portugal side travel to Ireland before then hosting Serbia in what could be a winner-takes-all fixture to qualify for the 2022 World Cup in Qatar.