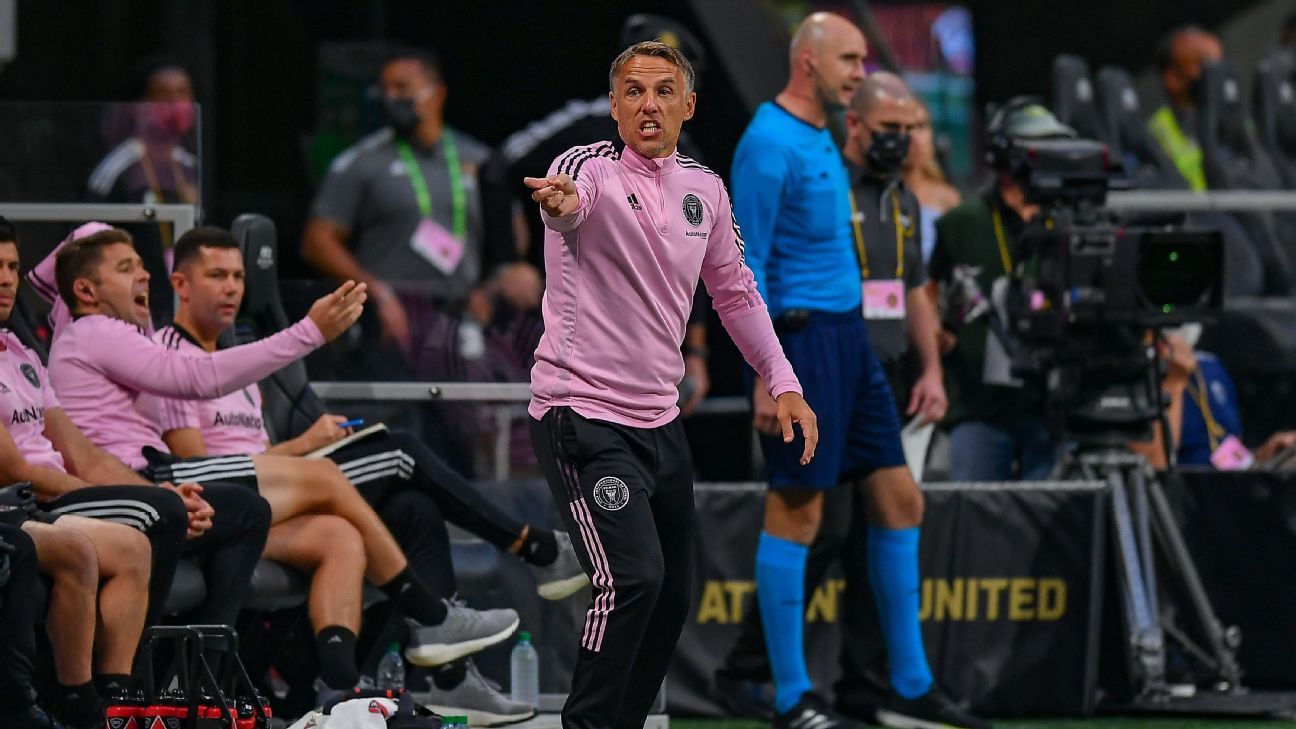 Miami suffered its fifth consecutive loss but Neville was furious after Gonzalo Higuain‘s equalizing goal was ruled out by VAR for offside in the second half.

Speaking in his news conference after the match, Neville said the officials played a part in his side’s losing streak.

“I’m just going to go full barrel. We got cheated in Portland and we’ve been again tonight,” he said. “I don’t want to sound like a broken record but something is fundamentally wrong with the way referees treat Inter Miami.

“We’re playing in one of the best leagues in the world and I’m having a great experience, but ultimately I’ve got a dressing room that’s asking real, real questions about the integrity of this league in terms of the decisions we keep getting.

“There has to be a massive investigation into the decisions given against Inter Miami. We want this to be the best league in the world, but we’ve got decisions like that.”

The result leaves Miami eight points behind the final playoff spot and continues its poor record of 14 defeats in MLS this season.

“We’ve had our integrity questioned this year,” Neville added. “We got stones thrown at us and had to take a lot of absolute s— from a lot of people and had to accept it.

“I can’t accept this, I’ve got to defend my club against something unjust and wrong. I feel we’re being cheated.

“They players are in too much of an emotional state to talk to you guys [the press] because they feel so strongly about what has gone on. It’s just not the last four games, it was early in the season too.

“I’m sick and tired of receiving emails on Mondays saying: ‘Sorry, the calls could have gone the other way.'”

Neville also added he didn’t have an issue with on-field official Toni Pesso: “I thought the referee had a really good game. An outstanding female official has been let down incredibly by the VAR system.”

Sources: Casemiro set to decide on Man Utd bid
Premier League’s best and worst kits of the past 30 years
Sources: United cool on Rabiot, turn to Casemiro
Tite hits back at Mbappe over WC qualifiers
Everything you need to know about Man United’s new signing Casemiro