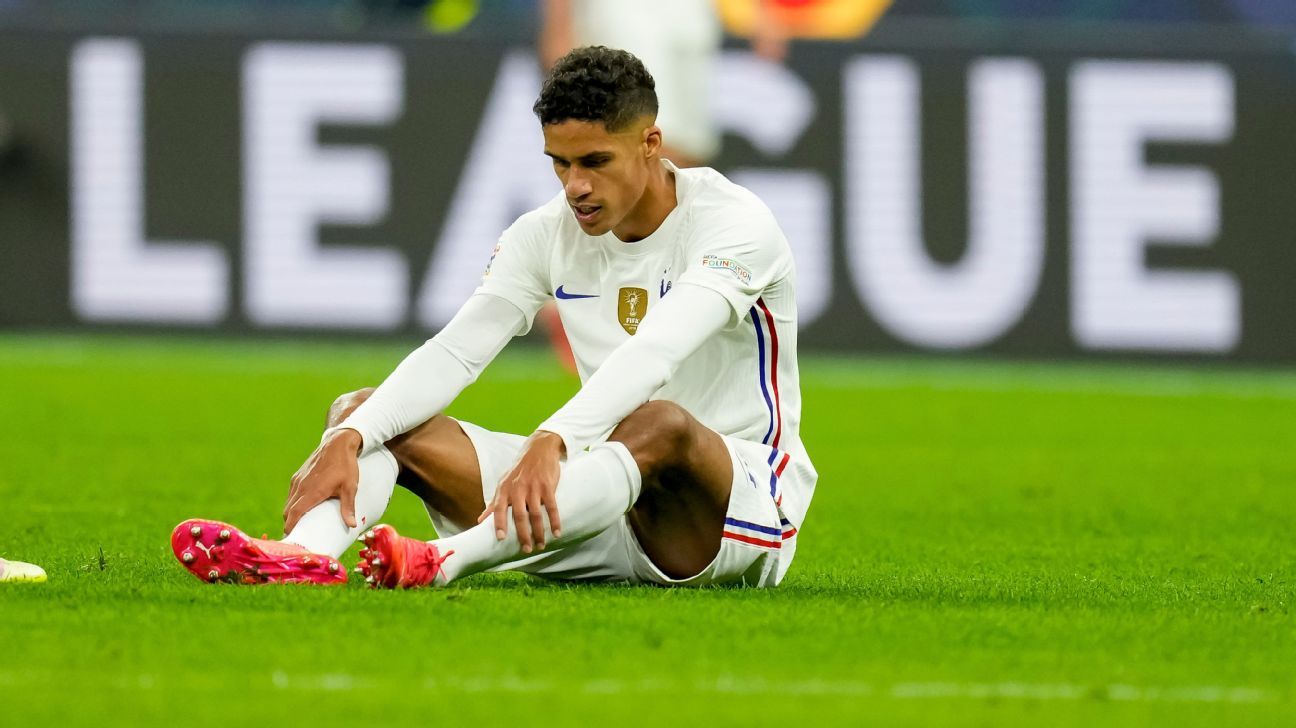 Manchester United are facing an anxious wait for news on the severity of Raphael Varane‘s injury with manager Ole Gunnar Solskjaer dealing with a number of potential issues in defence once the season resumes after the international break.

Varane will be assessed by United’s medical staff on Tuesday after returning to Manchester on Monday following France‘s UEFA Nations League victory over Spain on Sunday.

Varane was substituted in the first half of the 2-1 win after suffering a groin problem.

Sources have told ESPN that United are hopeful the issue is not too serious but the centre-back remains a doubt for the trip to Leicester on Saturday.

Solskjaer is also set to be without captain Harry Maguire while he continues his recovery from a calf injury. Maguire has missed United’s last two games and was left out of the England squad.

He has started light training at Carrington during the international break but has not yet been included in full contact sessions and is facing a race against time to prove his fitness before the game at the King Power Stadium.

If Varane and Maguire are unavailable to face Leicester, Solskjaer will have to turn to understudies Eric Bailly and Victor Lindelof.

Lindelof has linked up with the Sweden squad after initially staying behind in Manchester to attend the birth of his second child.

Solskjaer will have further selection problems at the back when Atalanta visit Old Trafford in the Champions League on Oct. 20 after UEFA extended Aaron Wan-Bissaka‘s suspension.

United could have Marcus Rashford available to feature against Leicester after the forward came through a behind closed doors friendly against Blackburn.

Rashford has not played this season after undergoing shoulder surgery over the summer but is coming to the end of his recovery and could be in line for a place on the bench at the King Power Stadium.

Fred and Edinson Cavani are unlikely to be available because of their expected late return from international duty with Brazil and Uruguay respectively.