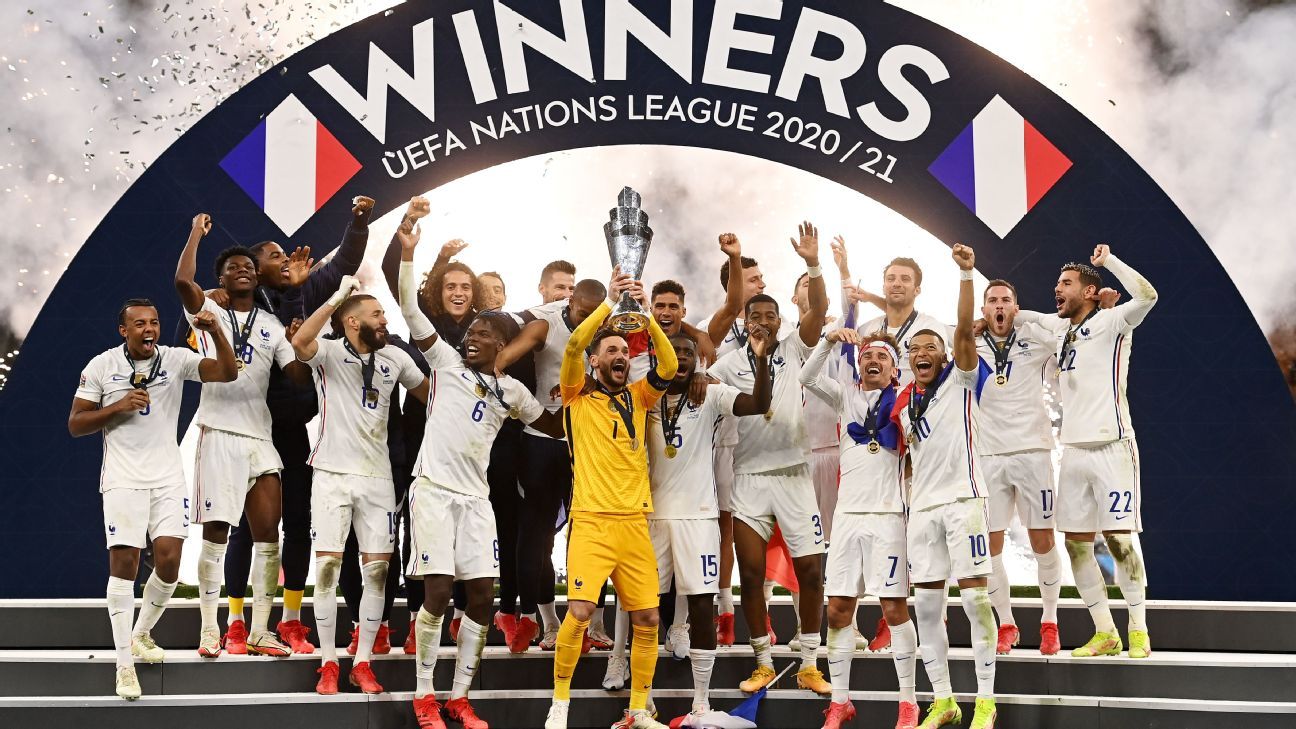 France won the Nations League final with goals from Karim Benzema and Kylian Mbappe earning them a 2-1 win over Spain at the San Siro stadium on Sunday.

After a subdued fist half, the game sprung into life in the 64th minute when France full-back Theo Hernandez struck the underside of the bar after a swift break.

Moments later, Spain took the lead when Mikel Oyarzabal latched on to a long pass from Sergio Busquets, held off Dayot Upamecano and fired into the bottom corner.

The French response was swift, however, with Mbappe finding Benzema who cut inside before unleashing a brilliant curling shot into the far corner to make it 1-1.

Mbappe then grabbed the winner, 10 minutes from the end, racing on to a through ball from Hernandez and keeping his cool to slot past Unai Simon.

However, the goal wasn’t without controversy, as Busquets argued the game-winning goal should have not counted.

“It’s a shame. I think we did enough not to lose, but in two similar moves we conceded, although the goals were different. The second one, for us on the pitch, looked like offside,” Busquets said. But we have no choice but to congratulate the champions and keep going. We have one more small step left to win trophies and that’s our objective.

“Mbappe was in an offside position, the referee said that Eric [Garcia] goes to play the ball, and that means it’s not offside. That doesn’t make sense to us. You have to try to play the ball, Eric tried to cut out the pass like any defender would, he didn’t miscontrol.”