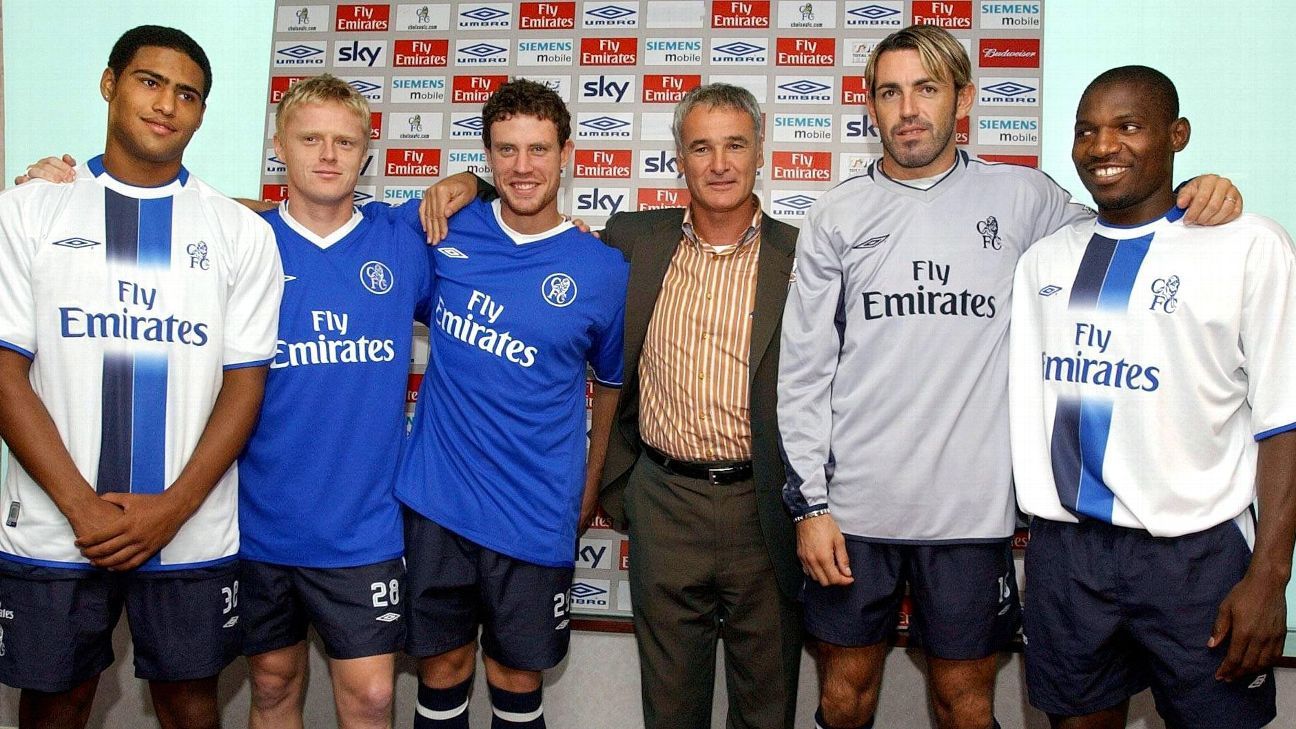 Newcastle United are officially under new ownership after their protracted Saudi Arabia-backed takeover was finally approved by the Premier League on Thursday, potentially putting the club on the fast track to football’s top tier.

It’s reported that the Public Investment Fund (PIF) consortium has assets totalling around £320 billion, which puts Newcastle among the richest clubs in world football — comparable to the likes of Manchester City, Chelsea and Paris Saint-Germain, who have all managed to gatecrash the elite level of European football over the past two decades after takeovers from various billionaire backers.

The deal has caused plenty of controversy given Saudi Arabia’s human rights record and the 2018 murder of journalist Jamal Khashoggi, who was killed in an act determined by the United States government to have been directly ordered by Crown Prince Mohammed bin Salman, ruler of Saudi Arabia and chairman of the PIF.

However, that did not stop crowds of fans gathering outside St. James’ Park to celebrate the end of the 14-year reign of Mike Ashley as Newcastle owner amid a cacophony of chants, flags and flares.

Having spent most of the 21st century either battling relegation (unsuccessfully, on two occasions) or wallowing in mid-table, a new era is potentially poised to begin at Newcastle. PIF outlined its plans in a statement of intent published on the club’s official website in which Amanda Staveley, the financier charged with fronting the consortium, pledged to “create a consistently successful team that’s regularly competing for major trophies.”

She later told Sky Sports: “Newcastle United deserves to be top of the Premier League. We want to get there. It will take time, but we will get there.”

At present, Newcastle’s record transfer arrival is striker Joelinton, who was signed from Hoffenheim for £39.6 million in July 2019. This pales in comparison to the Magpies’ billionaire-backed Premier League rivals such as Chelsea, whose record signing is Romelu Lukaku, signed from Inter Milan last summer for £103.5m.

Here we look at three other prominent clubs who have undergone lucrative takeovers in recent years and examine the changes that were ushered in during the first few seasons that followed under their respective new regimes (all transfer fees via Transfermarkt for consistency).

Chelsea (taken over by Roman Abramovich in June 2003)

The takeover which ushered in a whole new echelon of wealth to top-tier football, Chelsea still fell slightly short in their first season being bankrolled by Russian industrialist Ambramovich’s billions despite having spent more on transfers in one summer than any club had ever done so before.

The Blues finished second in the Premier League behind Arsenal‘s “Invincibles” and went out in the semifinals of the Champions League, which was enough to lose Claudio Ranieri his job. The Italian coach was sacked in May 2004 and quickly replaced by a young Portuguese go-getter by the name of Jose Mourinho, fresh from his unlikely Champions League triumph with Porto.

Having spent £150m on transfers for the second consecutive year, Mourinho’s first season in charge at Stamford Bridge proved to be a spectacular success as club history was emphatically re-written. With a charismatic, cocksure coach at the helm and a squad studded with expensive international talent, the Blues broke through last season’s barriers and powered to their first league title win in 50 years, also winning the League Cup and reaching the semifinals of the Champions League once again.

With spending reined in below the £100m mark, Mourinho still managed to guide his side to a second successive Premier League title. In Europe, the Blues were dumped out of the Champions League by Barcelona in the round of 16. However, their strong domestic form throughout the 2005-06 campaign did see them set a number of league records. They were the first Premier League team to win their first nine games of the season, and the first to win 17 of their first 19 games. They also still jointly hold the record for most home wins in a single season (18) and the fewest home defeats (0).

Since then, Chelsea have cultivated a reputation for chaotic managerial flux, chopping and changing their way through 14 full-time and interim coaches in the space of just 15 years. Still it hasn’t affected the club’s ability to collect silverware with unerring regularity, with 15 major titles won since Abramovich’s paradigm-shifting takeover including 5 Premier League titles, 5 FA Cups, 2 Champions Leagues, 2 Europa Leagues and a UEFA Super Cup.

City’s second takeover in as many summers saw the club spend more than £100m on transfers over the first year under their new owners, the Sheikh Mansour-backed Abu Dhabi United Group — including a sensational statement signing on their very first day in charge when they brought in Robinho from Real Madrid for a British-record fee of £32.5m.

Alas, the club under manager Mark Hughes could only muster a 10th-place finish in their first season post-takeover, which was actually one place lower than they’d managed the previous campaign under Thaksin Shinawatra’s ownership. However, players with top-class pedigree were poached from direct competitors and a sturdy backbone of foreign defensive talent was also added into the mix — players like Vincent Kompany and Pablo Zabaleta that would soon become stalwarts in City’s soon-to-burgeon era of success.

During the summer of 2009, City took their spending above the £100m mark once again in a lavish attempt to further transform their squad into one capable of breaking into the vaunted “Big Four” (Arsenal, Chelsea, Liverpool, Manchester United). Proven Premier League experience was matched with marquee creative talent from further afield as City began to create the (extremely expensive) template that would go onto serve them well for years to come.

Already feeling like a hangover from a bygone age, Hughes lasted until December 2009 by which point he was relieved of his duties and replaced by Roberto Mancini. The suave Italian went on to secure a fifth-placed league finish for his new side, only failing to barnstorm into the Champions League qualification places after losing to rivals Tottenham Hotspur (who duly finished fourth) in their final home game of the season.

City went even bigger on the transfer front in 2010-11 as their quest to break into the top tier continued, their determination increased by the previous season’s near-miss. Improvements were once again made on the pitch as Mancini’s side won the FA Cup, beating Stoke City 1-0 in the final and thus ending City’s long 35-year wait for a major trophy. They also finished third in the Premier League, thus firmly establishing themselves as a force to be reckoned with in the title race.

It took just one more season under Mancini for City to break their title duck, with Sergio Aguero famously sealing the deal in injury time against Queens Park Rangers on the final day of the 2011-12 season. Since that tipping point, the club have continued to spend big at each and every opportunity, with 15 players signed for between £40-60m since 2014-15. They’ve even breached the £100m barrier too, thanks to this summer’s gargantuan move to sign Jack Grealish from Aston Villa.

In managerial terms. City have gone from Mark Hughes to Pep Guardiola in the blink of an eye, with the influence of Roberto Mancini and Manuel Pellegrini helping to turn their manager position into one of the most coveted in world football.

The club have seized four further Premier League titles since Aguero’s 94th-minute heroics, though Champions League glory continues to elude them (the closest they’ve come being finishing runners-up to Chelsea in 2020-21)

Paris Saint-Germain (taken over by Qatar Sports Investments in 2011)

The Emir of Qatar purchased PSG through his state-owned shareholding company Qatar Sports Investments (QSI), which instantly transformed the club from one of Ligue 1’s bigger names into one of the richest teams in the world.

Things began to drastically change for PSG in late December when they parted ways with former coach Antoine Kombouare and installed a world-renowned Champions League winning coach in Carlo Ancelotti in his place. They went on to finish second in Ligue 1, two places higher than the previous campaign and only three points behind eventual champions Montpellier. That said, progress in the various domestic French cups and Europa League was negligible.

It was in Ancelotti’s first full season in charge, aided and abetted by an entire phalanx of big-named marquee signings, that PSG surged to the summit of French football. Indeed, the Parisians won their first Ligue 1 title for 19 years as the likes of Zlatan Ibrahimovic, Ezequiel Lavezzi and Lucas Moura made mincemeat of the competition — the former winning the golden boot by scoring 30 league goals. The club also returned to the Champions League for the first time in a decade and subsequently made it out of the group stage at the first time of asking before falling afoul of Barcelona in the quarterfinals, narrowly losing on away goals at Camp Nou after drawing both legs.

The following season saw new ground broken in PSG’s ascension as Laurent Blanc’s side did a clean sweep across the domestic scene by winning three trophies — the Coupe de la Ligue, the Trophee des Champions, and their second successive Ligue 1 title. Coupled with new partner Edinson Cavani up front, Zlatan Ibrahimovic once again dominated the scoring charts, scoring 41 goals in all competitions.

The ultimate goal for QSI upon their takeover was to turn PSG into a major player on the Champions League front and while that has taken a little longer, they are certainly edging ever closer. There have been quarterfinal and semifinal exits in recent years but the French giants finally pushed through to the final in 2019-20 only to narrowly lose out to one of the best Bayern Munich teams ever assembled. As for Ligue 1, PSG have become a fearsome force, winning seven titles in nine seasons since claiming that crucial watershed championship in 2012-13.

The transfer budget has also gone through the roof, with PSG spending well in excess of £100m on players twice in the past few years to bring the likes of Neymar and Kylian Mbappe on board (£199m in Neymar’s case, £130m for Mbappe). And that’s before the discussion about Lionel Messi‘s shock free transfer from Barcelona this summer even begins.