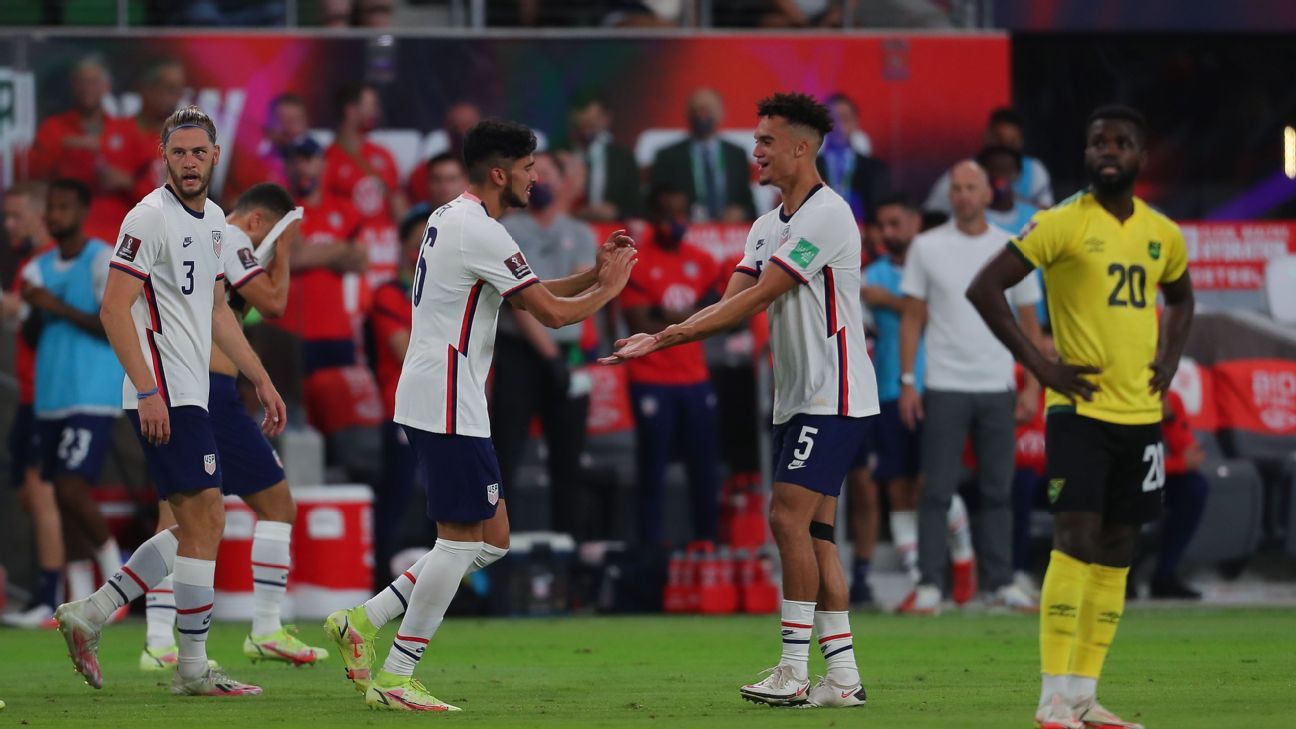 Walker Zimmerman, Yunus Musah and Paul Arriola were given their first starts of this World Cup qualifying cycle and Weston McKennie returned from a two-match ban due to a breach of team COVID rules.

The U.S. was on the front foot for large spells of the first half and saw two clear-path penalty shouts waved off, but neither team had a breakthrough and the game remained goalless at the break.

Rising star Pepi gave the U.S. the lead early in the second half, heading home from an Arriola cross after he’d been played in following a hard-charging run by Musah to make it 1-0.

It was soon 2-0 for the Americans shortly after the hour when Pepi netted his second of the night, turning home from a pinpoint Brenden Aaronson cross to give Gregg Berhalter’s side some breathing room.

The U.S. was twice flummoxed in the first half by Grenadian referee Reon Radix in his first qualifying match. In each instance, a Jamaican denied what looked to be an obvious goal-scoring opportunity that could have drawn a red card, but he instead issued a caution both times.

The first came just 20 seconds into the match when Paul Arriola broke free only to be tackled by Kemar Lawrence. In the 34th minute, Damion Lowe fouled Aaronson a yard outside the penalty area.

Pepi made his Major League Soccer debut for FC Dallas in June 2019 and decided just before the start of qualifying to play for the U.S. over Mexico. His sudden rise on the international stage has sparked interest in European clubs interested in a transfer.

Playing without injured attackers Christian Pulisic and Gio Reyna, the 13th-ranked Americans won their second consecutive qualifier after opening with a pair of draws and improved to eight points after four of 14 matches in CONCACAF.

Next up for the U.S. is an away match against Panama on Oct. 10, before hosting Costa Rica three days later.