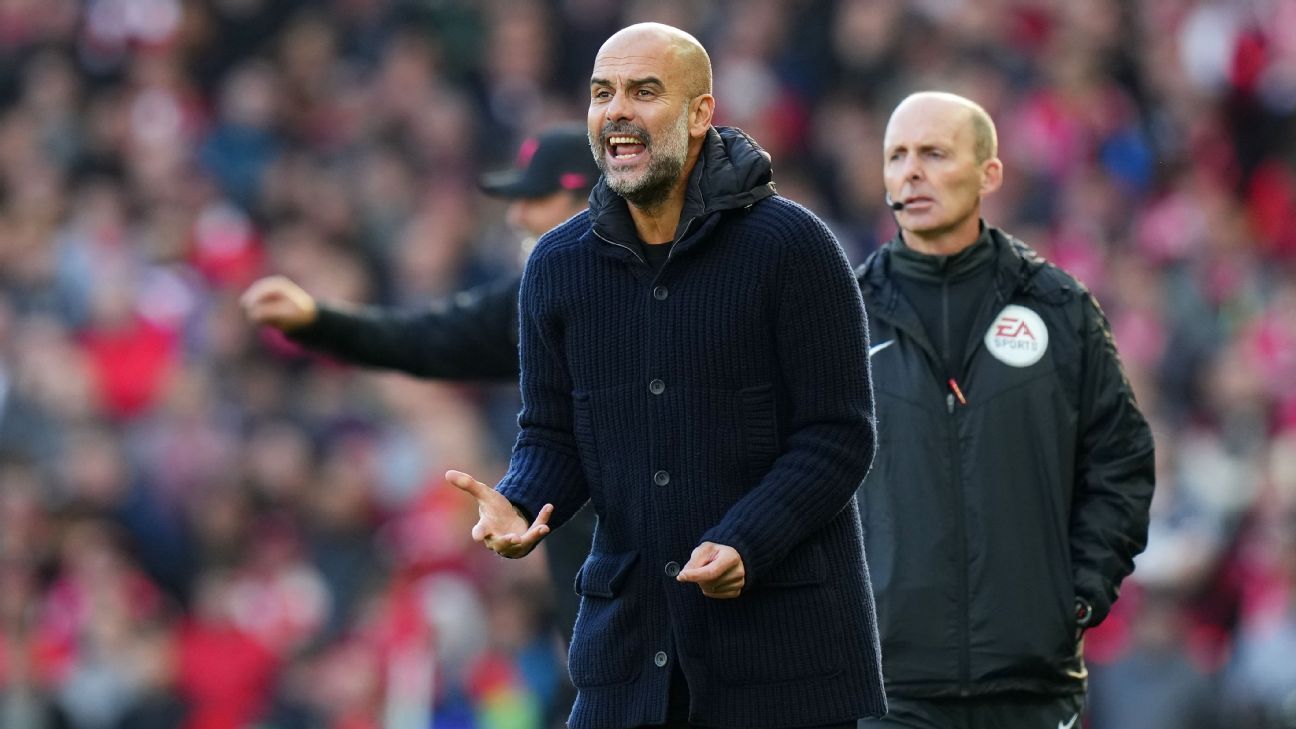 Manchester City will submit a report to Liverpool today detailing allegations that a member of Pep Guardiola’s coaching staff was spat at by a supporter during Sunday’s 2-2 draw at Anfield, sources have told ESPN.

Sources have said that City have video footage of a man suspected of spitting at the member of their backroom staff, although it is understood that it does not capture the spitting incident.

A Liverpool source confirmed on Sunday evening that the club will investigate the incident, which is alleged to have taken place as the City staff celebrated Phil Foden‘s second-half equaliser against Jurgen Klopp’s team.

Sources have told ESPN that both clubs have maintained a dialogue over the allegations, but having reported the incident to Liverpool officials, City have not lodged a complaint to the Premier League.

A complaint to Merseyside Police has not been ruled out by senior figures at City.

City manager Guardiola spoke about the incident after the game, urging Liverpool to take action.

“In every club there are people like this,” Guardiola said. “Some can’t control their emotions. I am pretty sure Liverpool FC will take measures against this person. I know that Liverpool is greater than this behaviour.”

City’s visits to Anfield have previously been impacted by crowd disorder, with the team bus attacked by fans en route to the stadium prior to a Champions League quarterfinal in April 2018.

On that occasion, windows on the bus were smashed by objects such as beer bottles and stones, forcing the City players and staff to lie on the floor and between seats to avoid injury.