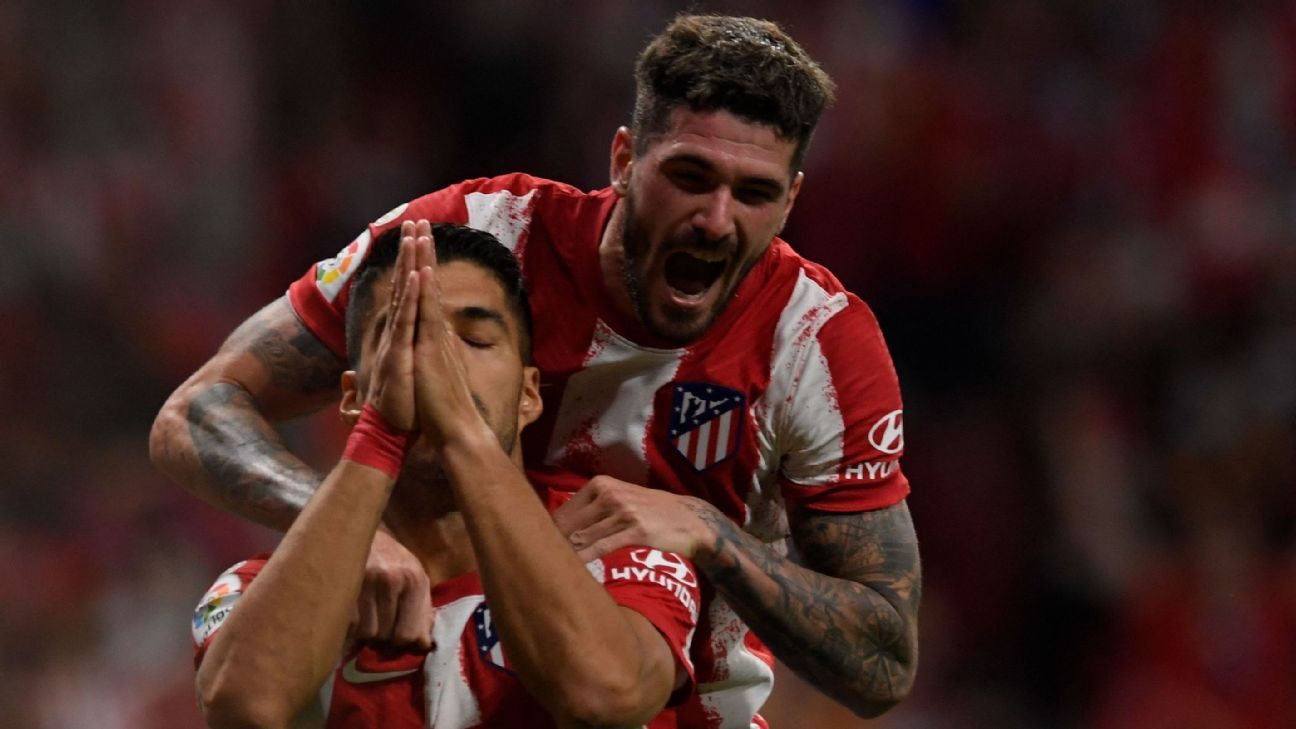 Luis Suarez heaped more misery on his former club Barcelona as he helped Atletico Madrid claim a 2-0 victory over the Catalans on Saturday.

The striker contributed a goal and an assist to mount pressure on Barca coach Ronald Koeman heading into the international break.

The former Barca man set up Thomas Lemar for the opener, and the Frenchman returned the favour, as Suarez sealed the victory for the reigning LaLiga champions but was stoic in the aftermath of his goal.

“I knew [I wouldn’t celebrate] out of respect, out of affection, for being a Barca fan, for the time I spent at Barcelona, for the moment my ex-teammates are going through, the fans too — it’s difficult,” Suarez said after the match. “It’s respect.”

The Uruguay international did, however, gesture as if he were making a phone call after scoring. After the match, he was asked what that was in reference to.

“So people know that I still have the same number and keep using the telephone,” he said jokingly, before being questioned about whether it was directed at Koeman, the man who effectively pushed him out of Barcelona a year ago. “No, no, no, not at all. If he wants to take it personally … No, I’d agreed with my kids as a joke that I’d do that.”

Atletico move up to second place behind leaders Real Madrid, while Barcelona remain ninth after back-to-back defeats in all competitions.

Before the game, Barca president Joan Laporta made the surprise move to announce Koeman’s job at the club is safe despite a terrible run of form.

“I’ve asked the club to make it clear on the coach’s position because it’s very important for the confidence of the coach, that the dressing room knows what it is,” Koeman said after the match. “The president has taken the decision, made it clear to everyone … but I know we’re Barca, and we have to win games.”

The public backing did not improve matters on the pitch, as Atletico took the lead after 23 minutes when Lemar was on the end of Suarez’s pass to score.

The goal led to a visible argument between Barca stalwarts Gerard Pique and Sergio Busquets.

The hosts grabbed a second on the stroke of half-time with Suarez finishing off a fantastic counter attack.

Barca improved in the second half but were unable to score.