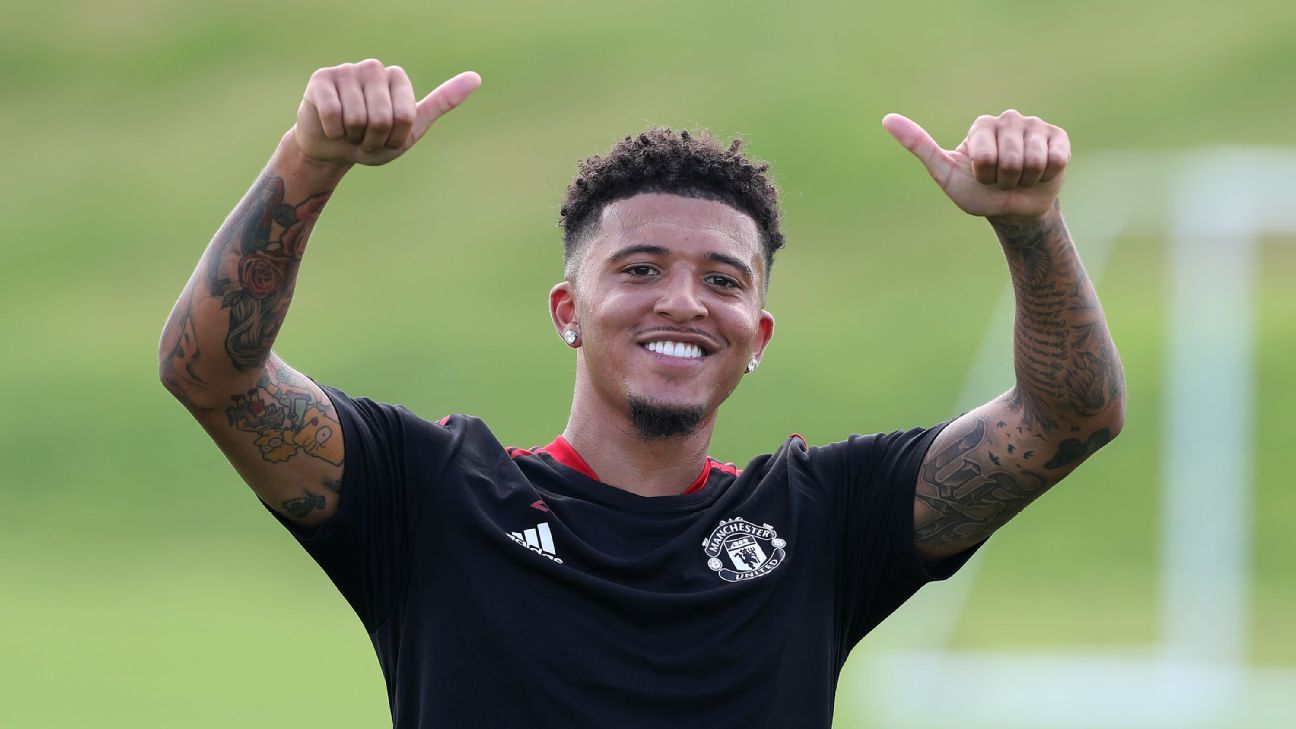 Ole Gunnar Solskjaer has questioned Gareth Southgate’s assessment that Jadon Sancho does not deserve his international call-up and suggested the England manager could not have watched the winger’s performance against Villarreal.

Southgate named Sancho in his squad for World Cup qualifiers against Andorra and Hungary, but said the 21-year-old was fortunate to be included after struggling for form since his move to Manchester United from Borussia Dortmund in the summer.

Solskjaer, however, disagrees, particularly after Sancho’s role in the 2-1 win over Villarreal on Wednesday.

“Was that interview [with Southgate] done before Wednesday night?” said Solskjaer. “Jadon was exceptional, he was electric, the crowd loved him.

“I think he felt that connection with the crowd, and that is what we want from him, to be direct, positive, go past players numerous times.

“Yeah he’s not scored yet but that night I thought yeah that’s Jadon and we’re going to see loads of that.

“And Gareth has also said it’s important Jadon knows they believe in him. They have invested time in him. He will be a top player. Performances are going to come.

“He’ll come good, we’ve got absolutely no worries. If he goes there I’m sure he will play well.”

The comments came after Southgate previously said of Sancho to reporters: “Does he deserve to be in on these performances over the last few weeks? Probably not.

“But we feel we’ve invested in Jadon over a period of time, we believe he can get to a high level.

“I’d like some time to chat with him and help that process that’s going on at United as well and I think for him to feel that we have belief in him at this point is a good message.”

Luke Shaw was also included in the England squad despite missing the game with Villarreal because of illness and injury.

Solskjaer says he will make a late decision on the left-back before naming his team for Everton‘s trip to Old Trafford on Saturday but captain Harry Maguire is definitely out with a calf injury.

Marcus Rashford is still absent but returned to full training on Friday and could be involved against Leicester City after the international break.

“I hope he will be involved against Leicester,” said Solskjaer. “He has been in training and he has been working really hard, joining in with the group as a floater, no tackles or contact.

“Today [Friday] was the first day he could be tackled and that happens and let’s hope that he gets his bearings and finds his movements early on. There are many reasons why he can be involved against Leicester.”