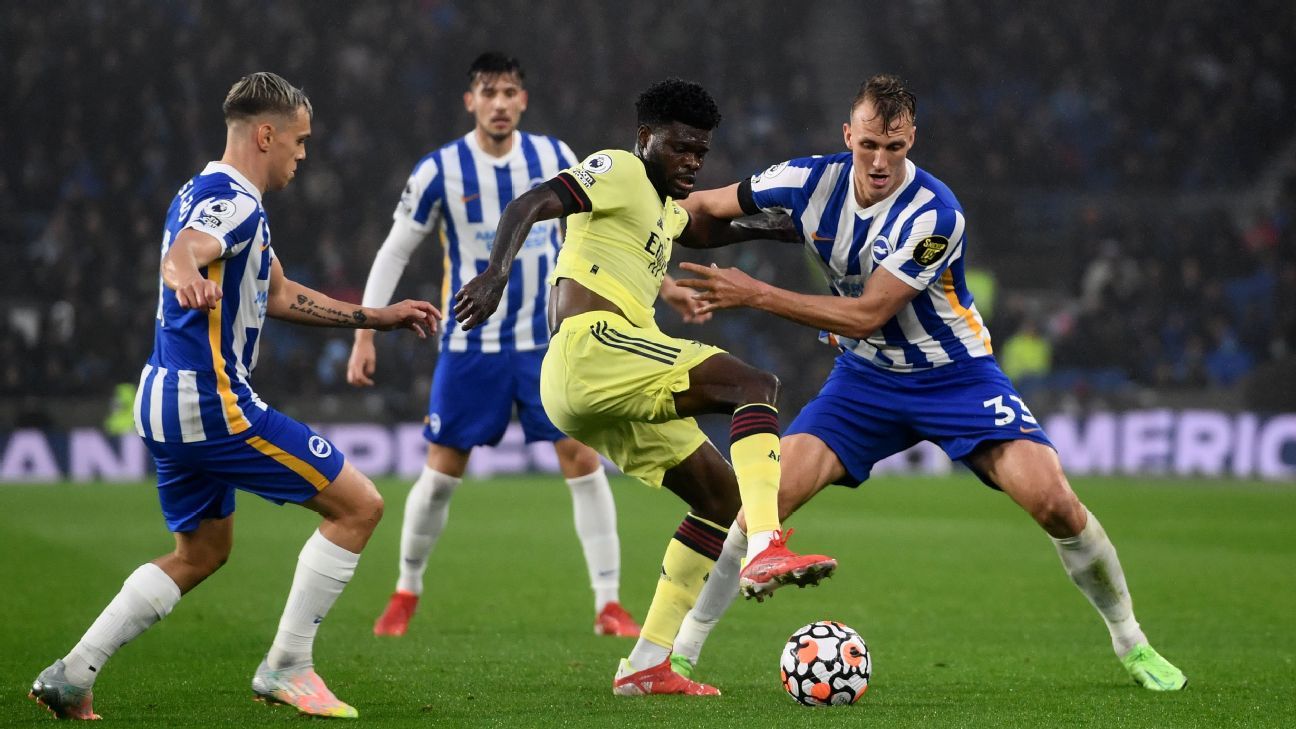 Arsenal produced a disappointing performance as they drew 0-0 at Brighton on Saturday.

Following their impressive derby win over Tottenham last week, Mikel Arteta’s side were fortunate to come away from the Amex Stadium with a point.

Brighton dominated the majority of the match but lacked the cutting edge in attack.

Arsenal remain unbeaten in four consecutive Premier League matches and move up to ninth place in the table.

Brighton were unaffected by the soaking conditions and managed to dominate and control the game throughout the first half.

Leandro Trossard and Neal Maupay came close to scoring but their chances missed the target.

Both teams were restricted to long range efforts but neither goalkeeper was truly tested until the 76th minute when Emile Smith Rowe brought a save from Robert Sanchez.

Substitute Solly March had a good chance to win the game with five minutes remaining but his tame shot was easily collected by Aaron Ramsdale.

Shane Duffy also had an opportunity moments later but his header went past the post.

Arsenal’s evening was compounded when Bukayo Saka limped off with an injury late on.