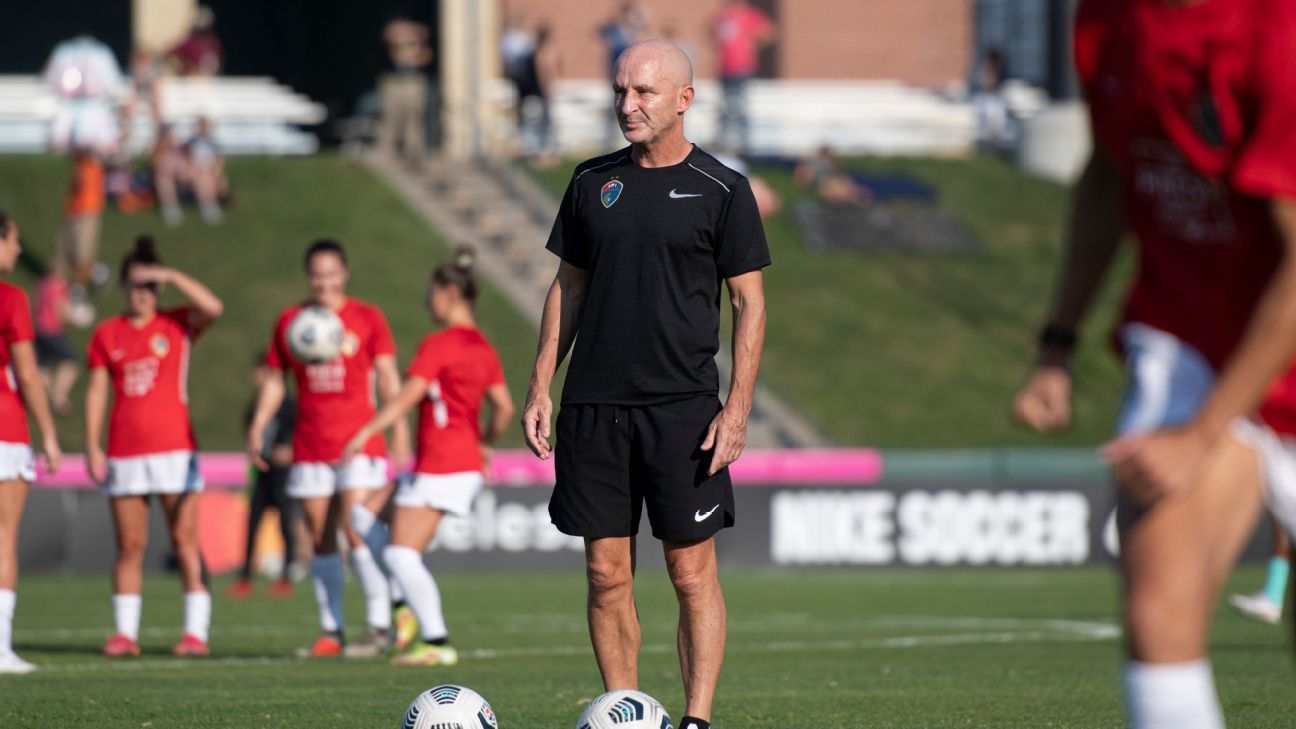 The announcement comes after The Athletic published an investigation in which it talked to more than a dozen players from every team Riley has coached since 2010, including two named players who went on the record with allegations against him.

“The Courage support the players who have come forward and we commend them for bravely sharing their stories. The North Carolina Football Club is united together in our commitment to creating a safe, positive, and respectful environment, not only within our club but across the league and our great sport.

“As previously stated, players and staff are encouraged to report any inappropriate behavior in accordance with NWSL policy as we prioritize efforts to maintain the highest professional standards of conduct throughout our organization.”

The club also announced Sean Nahas will be interim head coach for the remainder of the campaign.

Earlier on Thursday, the National Women’s Soccer League Players Association called for an investigation into allegations. The players’ union has said that in addition to supporting the two former players — Sinead Farrelly and Mana Shim — who came out against Riley, it also backs Kaiya McCullough, who was part of a Washington Post investigation into former Washington Spirit coach Richie Burke.

Riley, in an email to The Athletic, said the majority of the allegations are “completely untrue.”

National Women’s Soccer League commissioner Lisa Baird also responded with a statement and said she was “shocked” and “disgusted” by the allegations.

“A safe and secure work environment is a top priority for the league and its collective ownership,” she said in a statement Thursday. “The league has in place a comprehensive anti-harassment/anti-discrimination policy.

“We are implementing a new anonymous reporting process, whereby players, team and league staff may text concerns to the league, which will be promptly investigated,” she added.

“We ask our players and all associated with the league to raise their concerns to us, as we continue to make our league a safe, positive, and respectful environment for our players, clubs, staff, and fans.”

Twice U.S. World Cup winners Alex Morgan of the Orlando Pride and OL Reign player Megan Rapinoe, were among prominent players who voiced their outrage and called for change.

Information from Reuters was included in this report.