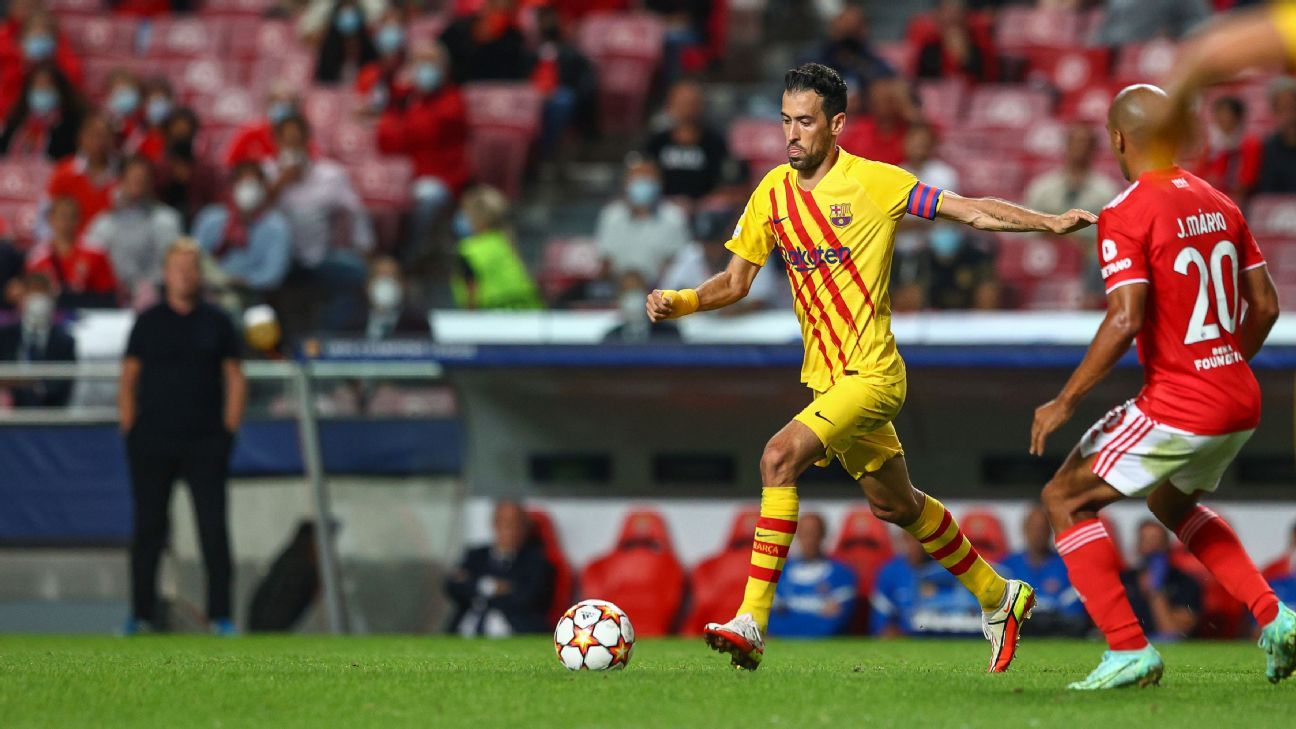 It’s the first time Barca have suffered back-to-back defeats in the group stage of the Champions League since 2000 and raises the prospect of them failing to make the knockout rounds for the first time in 21 years.

“That’s the easiest thing in the world of football, but everyone has their share in the responsibility, [including] the players,” Busquets told reporters when asked if firing Koeman could help turn Barca’s season around.

“But we’re in a critical situation, that’s the truth.”

Barca sit bottom of their group after two games with zero points. They’re six behind Bayern and four adrift of Benfica going into back-to-back fixtures against Dynamo Kiev, who have one point.

Under Koeman, Barca are now without a win in five European games in total, taking in matches against Juventus, two against Paris Saint-Germain, Bayern and Benfica. During that run, they have scored just two goals and conceded 14.

However, they remain unbeaten through six LaLiga games this season, winning three and drawing three, ahead of Saturday’s trip to reigning champions Atletico Madrid.

Asked if a change of coach would solve the club’s current issues, midfielder Frenkie de Jong said “no.”

Koeman, meanwhile, said he still feels backed by the players but doesn’t know if he has the club’s support following the Benfica defeat.

ESPN revealed last week that the club are already exploring options to replace Koeman, with Xavi Hernandez and Roberto Martinez being considered, among others.

“I feel backed by the players, but I can’t say anything about my future because I don’t know what the club thinks,” Koeman said in his post-game news conference.

“It’s not in my hands. We will see. At the end of the day, the coach carries the blame, but in many phases of the game the plan was good, we were superior to Benfica. After the second goal we had more problems, but we had chances to score two goals. We weren’t inferior to them except in terms of being effective in the box.”

Koeman, who was appointed in August 2020 and won the Copa del Rey in his first season in charge, accepts that his job is under scrutiny.

“It’s a delicate situation,” he added. “I understand it perfectly. It’s about trying to change things, giving the team time, but I understand people look at the final result. I accept that.”

Regardless of what happens with his job, Koeman will not sit on the bench against Atletico this weekend as he serves the second of a two-game ban for getting sent off during last week’s goalless draw against Cadiz.