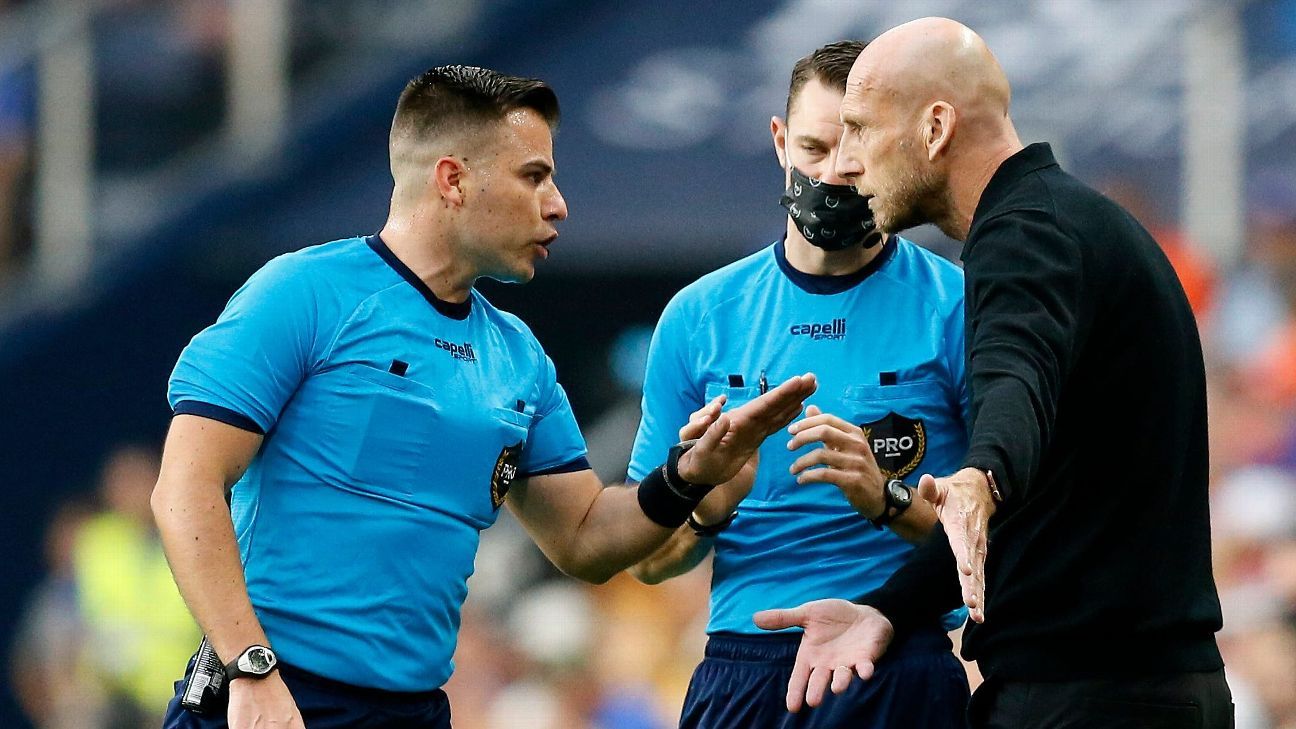 Major League Soccer side FC Cincinnati have fired coach Jaap Stam with the club’s Under-19 and U23 coach Tyrone Marshall appointed on an interim basis.

Former Manchester United defender Stam leaves with Cincinnati second-bottom of the Eastern Conference having only won four games out of 25 this campaign.

Marshall, a two-time MLS Cup winner with LA Galaxy, will take charge for the first time as Cincy face Toronto, the only side below them, Wednesday.

“During our nearly two-month process to identify the next general manager for FC Cincinnati, it was apparent that a head coach change was necessary. Therefore, after a great deal of deliberation, the club has made the decision to now move to the future with Jaap no longer serving as head coach,” FC Cincinnati president Jeff Berding said.

“We believe a change in leadership is in the best interest of the club at this time, and a new general manager will lead the search for a new head coach. We are an ambitious club, and we remain focused on achieving our goals, the first of which is making Cincinnati a championship city. We thank Jaap for everything he has done for FC Cincinnati during his time here, and we wish him the best as he can now head home to be with his family.”

Said Bakkati and Yoann Damet, who were part of Stam’s coaching staff, have also left the club.